In April 1938, the British writer Stephen Spender sent a letter to George Orwell asking how Orwell could justify attacking Spender for his politics and then—after the two writers had met—changing his attitude and treating Spender in a more amicable and generous manner. Orwell responded with a handwritten letter in which he explained that “when you meet anyone in the flesh you realise immediately that he is a human being and not a sort of caricature embodying certain ideas.”

One cannot help but apply this statement to the latest volume of Orwell’s letters, edited by Peter Davison, who has previously compiled and edited Orwell’s complete oeuvre into a 20-volume collection that stretches beyond 8,000 pages. For this new (and mercifully more brief) collection of letters, Davison selected material that he hoped would “illustrate Orwell’s life and hopes.”

In short, Davison wants readers to catch a glimpse of the human being—born Eric Arthur Blair but known for most of his adult life, even to friends, as George Orwell—behind the celebrated author of two very famous works, Animal Farm and 1984, and a remarkable output of lesser-known writings, from book reviews and literary and sociological journalism to his earlier novels like Burmese Days or Keep the Aspidistra Flying.

The task is a worthy one. Although some of the specific targets that Orwell attacked in his nonfiction and his novels have faded from our view, his critique of the political and economic systems that create and justify poverty and his personal courage in the face of threats to freedom and injustice remain as relevant and inspirational for us today as they were in the years leading to and following World War II, his most prolific literary period. When Orwell died in 1950 at the age of just 46, his popularity and influence were at their height, evidenced by the fact that his friends in publishing and bookselling were raising money for him to travel to Switzerland to fight the tuberculosis that eventually killed him. They understood the power of Orwell’s work and wanted to give him the opportunity to continue producing it.

The George Orwell that Davison presents to us is an appealing one: indefatigable writer, generous friend, champion of the poor and oppressed, avid gardener and outdoorsman. Particularly appealing for the reader who has even a casual interest in Orwell’s work will be the earlier periods of his life, in which we see him as a hopeful and struggling writer, one who seems resigned to a life of literary hackwork and financial struggle.

In a letter to his lifelong agent, Leonard Moore, in 1932, he complains that his teaching position is interfering with his ability to write. In response to Moore’s question about whether he will be producing a new book anytime soon, Orwell writes: “I have got to produce a school play, and I have not only had to write it, but I have got to do all the rehearsing and, worst of all, make most of the costumes. The result is that I have practically no leisure.” (Readers of Orwell’s novel A Clergyman’s Daughter will remember how he later translated this challenging and comical task of costume-making into fiction.)

Even after the success of Animal Farm had brought him considerable international recognition, Orwell seems not to have foreseen the level of fame that his works would earn him after his death. “I’m glad you liked the book,” he writes to Frederic Warburg, the publisher of his final books, in December of 1948. “It isn’t a book I would gamble on for a big sale, but I suppose one could be sure of 10,000 any way.” The book he was referring to is 1984.

Like many British artists and intellectuals in the first half of the 20th century, Orwell saw democratic socialism as the most just political and economic system available to modern societies. His commitment to the poor and oppressed peoples of Europe stemmed in part from the years he spent living as a tramp, or working horrendous hours for small pay in the kitchens of luxury hotels in Paris or in the farm fields of southern England—experiences he documented in books like Down and Out in Paris and London and fictionalized in A Clergyman’s Daughter. But unlike many of his peers, Orwell saw quickly that the corrupted Communist society established in Russia did not represent an ideal toward which British socialists should look for inspiration.

As a result, Orwell found himself frequently clashing with other artists, writers and even his own publishers on political questions. He did so with courage and honesty. In one case he sent a letter to the editor of a pro-Communist publication that was giving him regular work, letting them know that because of their whitewashing of Communist activities in Spain he could no longer write for them. “Let me say how sorry I am about this whole business, but I have got to do what little I can to get justice for people who have been imprisoned without trial and libeled in the press.”

As any life in letters will reveal, of course, Orwell was neither uniformly strong nor saintly. After his wife dies under anesthetic on the operating table, leaving Orwell a widower at 42, with their adopted infant son to care for, he makes awkward overtures to a series of younger women. “You are young and healthy,” he writes to Anne Popham, “and you deserve somebody better than me: on the other hand if you don’t find such a person, and if you think of yourself as essentially a widow [owing to Orwell’s poor health], then you might do worse—i.e., supposing I am not actually disgusting to you.” Orwell’s loneliness and desperate search for companionship in these years can make for painful reading.

Catholic readers might certainly take offense at Orwell’s deep animosity toward the Catholic Church. Multiple letters reveal his distrust not only of Catholicism, but of anyone with strong religious convictions, even when their politics matched his own. In response to a reader’s question about Gandhi, Orwell describes him in a 1941 letter as one of the “right-hand men” of the colonial government, whose nonviolent resistance “made it easier for the British to rule India.” (In a later and more generous letter, after India achieved independence, he seems to acknowledge that he has been mistaken about Gandhi.)

The technical qualities of the book can also put barriers in the way of it substituting, as Davison hopes it will, for an Orwell autobiography. The letters are annotated with copious footnotes, and one has to flip back to the biographical pages frequently to remind oneself about the identity of his various correspondents. Readers who are not familiar with the details of the Spanish Civil War or the politics of wartime England might also find themselves confused by some of the detailed political wrangling in which Orwell engages with his correspondents.

But Orwell as a writer deserves a wider audience—a statement that might seem absurd in the face of 1984’s omnipresence on the American high school syllabus. To limit the work of George Orwell to that work does him a serious injustice, as his descriptions of poverty and social injustice, and their causes, have much to teach us today. If Davison’s compilation of Orwell’s letters, which help fill out our understanding of this oft-caricatured writer, can draw readers more deeply into the life and catalogue of George Orwell, then he will have accomplished an important objective.

This article also appeared in print, under the headline “A Generous, Lovely Champion,” in the October 14, 2013, issue. 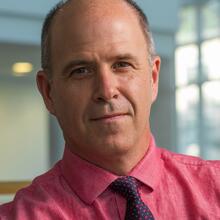