In Form and Expression

The Spirit of the Liturgyby By Joseph Cardinal Ratzinger, Translated by John SawardIgnatius Press. 232 p $17.95.

This is not the first book on the liturgy from Joseph Ratzinger, a German Catholic theologian, cardinal prefect of the Vatican Congregation for the Doctrine of the Faith and former archbishop of Munich. He has also written A New Song for the Lord as well as an important introduction to Klaus Gamber’s The Reform of the Liturgy. The current work is meant as homage to one of the most significant works of the 20th-century liturgical movement, Romano Guardini’s The Spirit of the Liturgy (1918).

Like Guardini, Ratzinger wishes to get to the core of Catholic liturgy—what makes it what it is—and on that basis to consider the right way of celebrating it. He compares the recent reform after Vatican II to the uncovering of a fresco, which is now endangered by environmental factors. Although he does not pursue this metaphor, we shall see that he has some strong disagreements with how the fresco was uncovered.

The first part of the book consists of an overview, in which Ratzinger presents a powerful and beautiful vision of Christian worship. Part of the strength of this presentation lies in the facility with which he deals with biblical texts, as well as in the clarity, coherence and consistency of his vision. The Christian cultus exists so that Christians can lead lives that glorify God, so that they can reach their true vocation—divinization. Here and throughout the book Ratzinger time and again reveals his appreciation for the insights of the Christian East, especially the Byzantine tradition. He insists, contrary to what he perceives to be contemporary trends, on the givenness of worship, on its basis in revelation rather than being constructed by human beings. He picks up this theme late in the book with a scathing attack on “creativity” in the liturgy. Ratzinger clearly outlines his understanding of the reciprocity between the cosmos and history, between creation and redemption as ordered to one another—an important feature of “classicist” Catholic theology. He also corrects a common misunderstanding—that sacrifice consists in the destruction of a victim. On the contrary, it is based on self-gift and the principle of “losing oneself as the only possible way of finding oneself.” Thus, for him the ultimate goal of sacrifice is a love-transformed humanity. (I use the inclusive word “humanity” here, though throughout the translator uses words like “man” and “mankind.”)

Playing off the Neoplatonic idea of the going out and return (exitus/reditus) of being, Ratzinger interprets the process of returning creation through Christ not as a rescue from fall into finitude as much as the reciprocation of God’s free act of creation. Therefore worship always has God as its ultimate goal, nothing less. For Ratzinger the ultimate revelation of this process is to be found in the Cross and Resurrection of Jesus Christ.

Analysis of how Christ transforms the worship of Israel is crucial to the argument of the book. Like a number of contemporary New Testament scholars, Ratzinger views the cleansing of the Temple as a major turning point. Jesus implicitly becomes the new Temple and replaces the sacrifices of the old Temple with himself. He becomes the representative sacrifice, the free self-gift, now communicated to his followers in the Eucharist, which he understands primarily in terms of adoration and sacrifice. Oddly enough, he makes no allusion to the root of the term “Eucharist” as thanksgiving.

The remainder of the book spells out the consequences of this vision of the spirit of the liturgy. I will concentrate on four of the issues that the author deals with: the orientation of Christian prayer, music, posture and silence. Ratzinger points out that from very early on Christians prayed facing East, the direction of the rising sun, and that this “orientation” (literally) was adopted on the basis of eschatology, the coming of the Lord. This is why we find crosses in the apses of Christian churches, which he argues are eventually augmented by the tabernacle with the reserved sacrament. Thus he finds that the requirement of versus populum celebration—with the priest turned toward the assembly—is an unwarranted innovation in the Catholic tradition, especially since it has virtually turned priests into entertainers. Those liturgists who criticize the development of the tabernacle on the altar are antiquarians who have a prejudice against the development of tradition in favor of a romanticized view of the early church.

In part he is correct. The current situation of priest and people facing one another makes it possible for the liturgy to depend too much on the personality of the priest. The argument that priest and people faced one another in the early church does not hold water in the face of the overwhelming evidence of praying toward the East. On the other hand, the evidence from the early church is extremely complex and there were almost certainly instances in “Westward oriented” churches where priest and people did face each other during prayer. Moreover, it seems to me that one can legitimately argue for the present versus populum arrangement on the basis of a renewed understanding of the Eucharist as a communal celebration of the passion, death and resurrection of Christ, notwithstanding the need to overcome difficulties with “entertainment” liturgy.

Finally, the criticism of medieval and Tridentine developments in the liturgy is not merely antiquarian; it is based on the fact that many such developments took place when the people had by and large stopped receiving holy Communion and were unable to participate vocally in the liturgy. The new edition of the General Instruction of the Roman Missal reiterates the necessity of free-standing altars and versus populum celebration.

On the subject of music, Ratzinger traces developments from the Hebrew psalter right through to the present. The beginning of this chapter is a fittingly lyrical exposition of the power and necessity of liturgical music. He has no simple solutions, since what he understands to be legitimate inculturation poses some difficult problems for liturgical music in his view. He is particularly suspicious of the use of rock music as a phenomenon of the Dionysian surrender of the intellect to the emotions and therefore an abandonment of the Logos- or Word-centered essence of Christianity.

In the debate over liturgy and culture, Ratzinger weighs in on the side of those who see Christianity to be its own culture, as opposed to those who understand it to be always the child of particular cultural circumstances. He links some modern views of liturgical music to a deconstructionism that favors practice over thought because “there is no common faith anymore.” In such statements as this I find that Ratzinger betrays a great weariness and deep suspicion of contemporary culture that colors the whole book.

The author does make an eloquent case for the value of kneeling in the liturgy—especially as an attitude of adoration, supplication and surrender. He is certainly correct: kneeling is an extremely important posture for Christians to adopt and needs to find a place in the liturgy. Unfortunately, as is often the case throughout the book, Ratzinger caricatures those he criticizes by claiming that there are some “who are trying to talk us out of kneeling.” But the pertinent question concerns kneeling during the eucharistic prayer, in which a case can be made for Christians standing around the table of the Lord (circumstantes, as the Roman Canon puts it).

In the same vein he criticizes liturgical dance, especially when it encourages applause. Once again he makes a good point. Applause makes it seem that liturgy is an entertainment, as opposed to a gift of God to which we respond with body, heart, mind and voice. He makes a sharp distinction between the liturgical dance characteristic of the Zairean and Ethiopian processions and “dance pantomimes.” Just as one would have to be careful about making too sharp a distinction between choral and congregational singing at the liturgy, so here I would be cautious about denying the value of all solo or ensemble dance.

Cardinal Ratzinger is not happy about the situation of silence in the liturgy. He certainly finds it absent in the “hustle and bustle” frequently characteristic of the exchange of peace. He fails to mention the recommendation of silence after the readings. He reiterates a statement that he claims caused consternation among liturgists when he first made it in 1978: “in no sense does the whole Canon always have to be said out loud.” Here he reveals just how far removed he is from the spirit of the liturgical reform, one of whose cardinal principles is the intelligibility of the eucharistic prayer as a prayer of the entire church, voiced by the priest.

I mentioned at the beginning of this review that Cardinal Ratzinger compares the contemporary liturgical reform to a fresco recently uncovered and now endangered by the environment. In this book he has many illuminating, powerful and beautiful things to say about it, but I am not so sure he likes the manner in which the fresco was uncovered or, for that matter, the fresco that appeared.

This article also appeared in print, under the headline “In Form and Expression,” in the May 7, 2001, issue. 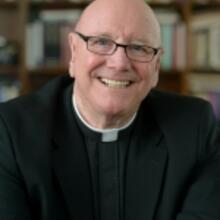