Through the Eye of a Needleby Peter Brown

“Woe to you who are rich!” (Lk 6:24), said Jesus. “It is easier for a camel to pass through the eye of a needle than for one who is rich to enter the kingdom of God” (Mt 19:24). Agrarian peasants in first-century Galilee no doubt cheered at such indictments of the wealthy in their zero-sum economy, which was marked by stark income inequality. But how did the economic message of Jesus ring out centuries later, when in the late fourth and fifth centuries—for the first time—the church became rich?

Historians, including Peter Brown himself, have often focused on the ascetic response in late antiquity, by which holy men and women renounced wealth, sex, domestic life and civic honor to seek virtuosic communion with God. In the current book, however, Brown argues against treating “the renouncers of wealth as the heroes and heroines of a ‘true’ Christianity” or considering “all other forms of religious giving as somehow a betrayal of the essential radicalism of the Christian movement.” Rather, Brown’s task is “reconstructing the imaginative content of religious giving” in all its quotidian forms: weekly offerings, gifts to the poor, donations to building projects, constructions of funerary monuments, payments of vows, supporting clergymen and teachers and so on.

Brown’s survey of wealth in late Roman society shows that the rise of the Christian rich did not completely alter the societal landscape. Romans had long maintained that “the possession of wealth should be legitimated (or at least be given a more gentle face) by acts of generosity.” The primary change involved not the deeds but their recipients and outcomes. In short, Roman culture was devoted to city life: the ancient and deep social transaction that traded civic benefactions for civic honors was enacted through games, sacrifices, feasts and processions and memorialized through titles, ranks, statues and monuments.

The Christian innovation was twofold: first, benefactions were redirected from the “citizens” to the “poor,” social groups whose fundamental distinctions Brown vividly delineates; second, the outcome of individual generosity was transferred from a monument in a town forum to “treasure in heaven.”

The theological teachings of Jesus and Paul were meaningless apart from economic metaphors—debt, gift (“grace”), redemption, treasure, reward. Brown charts how, over the long fifth century, Christian leaders painted such biblical images on the Roman cultural backdrop of the honors-for-benefactions structure. The ensuing drama transpired locally and regionally. Each city’s emerging Christian leaders were writing scripts in which local elites could play the new role of a wealthy and honorable Christian.

The logic and metaphors of commercial transaction were not rejected but appropriated in many local attempts “to consolidate the Christian community.” Bishops like Ambrose and Augustine “preached urgently” in order to “tame and redirect” the “adrenalin of civic love,” which pulsed through their newly wealthy congregations.

As over 20 discrete chapters of microhistories show, the adaptation of Roman cultural ideology to a Christian piety of giving had mixed results. Then, as now, the preachers were not always persuasive. Brown’s “unremitting sense of place” assures the reader that few sweeping generalizations are forthcoming in the book’s conclusion. But some leaders were successful in promoting regular pious giving of small donations as a means by which to expiate sin and secure a kind of heavenly retirement account. “Seek heaven with a pious heart,” proclaimed an inscription from a church in Mauretania, “through donating a few cubes of mosaic.”

Each chapter is effortlessly guided by Brown’s distinctive style. It is doubtful the book could have undergone a really “blind” peer review, because every student and scholar of late antiquity would recognize the trademarks of the author’s historical prose: the explication of both continuity and change; attention to all possible types of evidence, especially those that reveal glimpses of non-elites (e.g., tombstones); ample comparisons to other cultures and to the contemporary world; and a wonderfully dynamic style of translation of ancient texts. We find aspects of the late ancient world compared to toxic factories, polar ice caps, crystalline pseudomorphosis, 1960s-style teach-in and sumo wrestling, just to name a few memorable analogies.

It is also doubtful that any other current historian could have written it. No search engine can do this work. Obscure points of social history are plucked from unheralded monuments, sermons and speeches from every corner of the empire. Even seasoned scholars will learn something on every page. As an example of Brown’s labor-intensive style of argument through miniscule details, he cites in passing a unique reference to a slang term for the “poor box” at Augustine’s church in Hippo: it was called the quadriga, “the four-horse chariot that swung low to sweep the alms of the faithful (as it had once swept the prophet Elijah himself) far beyond the stars to heaven.” By the end of the book, Brown has shown through hundreds of such examples the transformations of late antiquity with respect to wealth.

Like other great works of historiography, this book feels timeless and timely at the same time—an instant classic. Christians have always been and currently are concerned about income inequality and about finding the proper balance between individual acts of charity and just civic structures. But like a master chef, Brown does not remind the reader of how seasonally appropriate his product is. Nowhere does the prose trumpet, “Look how relevant this is!” Rather, we devour the book and leave satisfied by its heartiness and subtlety, fully aware that all the ingredients were in season and artfully prepared by a master.

Show Comments (
1
)
Comments are automatically closed two weeks after an article's initial publication. See our comments policy for more.
JR Cosgrove
7 years 5 months ago
Father John Baldovin SJ has written a history of the Mass and in it he describes how in the early Church it was often celebrated in houses of the rich. There were no churches. So the rich were always part of the Church, even from the beginning. In a post about a year and a half ago, I argued that Jesus came for the Rich and not the Poor. I wasn't arguing that Jesus wanted a world of rich people or was interested in making people rich but that the social message of a lot of religious may be misguided. I was arguing that the Church's message should be directed at the rich not the poor no matter how heretical that seemed . Catholic social policy tends to be more focussed on results in this world as opposes to salvation. Jesus is not interested in this world per se, but the next world. The post was made after the gospel of Lazarus being denied help at the gate of the rich man. Lazarus got a free pass into heaven while the rich man went to hell. Now if you believe that all deserve heaven, the message is clear. It is aimed at the rich man and his attitudes not the poor man. Using Monopoly terms, the poor man got a free pass to Go to collect his reward, while the rich man got a pass to Jail with no reprieve. So is the gospel about the plight of the poor or the attitude of the rich man. I argue it is the latter. This also came up in a discussion of Catholic Schools recently at our parish. The school was closed two years ago and two adjoining parishes are also closing their schools in June while the parish is being assessed to help support inner city Catholic schools. It is an interesting trade off that has to be made but it is not clear what is the best answer. The inner city kids will get a better education while the suburban kids will still get a decent education academically but probably not spiritually. There are a lot of upset parents. We all felt that the Archdiocese should be spending a lot of time, money and effort on making Catholic education available to all its children not just the poor ones. As and aside, the typical parish school model seems to be dead but a regional approach could be a vibrant alternative.
Advertisement

This article also appeared in print, under the headline “Early Christians Were Rich?,” in the February 11, 2013, issue. 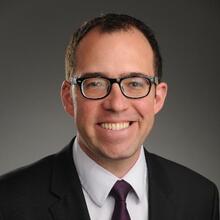 Michael Peppard, author of The Son of God in the Roman World (Oxford University Press), is an assistant professor of theology at Fordham University in New York.