George R. Tyler draws on his long public and private sector experience, both domestic and international, to fashion a wide-ranging indictment of late 20th and early 21st century American capitalism. What Went Wrong? is a “J’accuse” aimed at policies favoring corporate elites but hurting most Americans, policies that seized the U.S. economy starting with the election of Ronald Reagan in 1980 and have not let go. The result has been stagnating wages, declining living standards, growing inequality, deindustrialization, increasing poverty, a disappearing middle class, redistribution of wealth toward the top, bursting bubbles and other outcomes recalling 1920s Gilded Age phenomena.

Tyler pins much of the blame on the free-market ideology that took hold in the 1980s under President Reagan, promoted by the ultra-individualist philosophy of Ayn Rand, the ultra-free market economic theories of Milton Friedman and their translation into public policy by administration officials and Alan Greenspan, longtime chair of the Federal Reserve Bank. This ideology enshrined selfishness as a virtue, turning the United States away from a longstanding “we’re all in this together” spirit to a new “you’re on your own” approach.

Tyler argues that Reaganomics led us straight to the financial crisis in 2008 and a new era of economic pain. Alongside the indictment, he offers examples of alternative approaches that several foreign countries have adopted during the same period to achieve better results for their people. His bill of particulars is familiar to policy wonks who know something about U.S.-style corporate governance and German-style co-determination, to mention just two of his many contrasting American problems and foreign solutions. By itemizing the many problems and describing how other countries have tackled them, all in plain English and with reader-friendly charts and graphs in one volume, Tyler provides a valuable resource for the nonspecialist general public.

Tyler’s method is to alternate negative aspects of Reaganomics or “shareholder capitalism” in the United States with positive examples of family-friendly “stakeholder capitalism” in other developed countries. He draws the latter from his experience living and working in these countries, namely Australia and major nations of northern Europe (Austria, Belgium, Denmark, France, Germany, Holland and Sweden). In those countries, Tyler says, the overarching public policy goal is “family prosperity” and a “family-focused market economy,” in contrast to policies emphasizing shareholder prosperity and further enrichment of the already wealthy.

U.S. corporations emphasize quarterly earnings reports and tout job elimination as the best means of cost cutting to hit quarterly profit goals, Tyler says. In addition to its effects on employees and their families, this “short-termism” slows investment in research and development, promotes wasteful stock buybacks and destroys employee loyalty. The result undercuts any strategy for building a business over a long term with steady growth instead of boom-and-bust quarterly results.

As an alternative to American-style short-termism, Tyler offers the German co-determination model. Here, employee representatives hold seats on company boards of directors and join management in fashioning plans for long-term business success joined with employment security. German firms’ spending for in-house apprenticeship programs may be a net loss in any given quarter, but in the long run employees’ loyalty, motivation, skills and productivity more than make up the losses. Tyler adds that in the United States, successful family-owned firms tend to take a long-term approach to their business, since they are not pressured by shareholders and stock analysts to pump up quarterly earnings.

In another instance, Tyler contrasts U.S. tax-cutting mania in the Reagan and post-Reagan eras with continued high tax rates—and high delivery of services—in his comparator countries. He also compares growing wealth and wage inequality in the winner-take-all American economy with more egalitarian outcomes in the family-friendly systems.

Tyler suggests that inequality in the United States derives from two sources with multiplier effects. On the labor side, the lack of an adequate minimum wage, wage-cutting without regard for workers’ increasing productivity and anti-union practices that undermine collective bargaining—an engine of middle class growth in the 20th century—drove down workers’ real earnings and living standards. On the capital side, self-serving executive elites and their enabling boards of directors, an outsized, greed-driven financial sector that showered itself with astronomical salaries and bonuses and tax loopholes for companies and rich individuals pushed wealth to the top of the income pyramid.

Counterposed to these policies and outcomes, Tyler offers examples of countries in which social cohesion trumps social fragmentation. In northern European countries, collectively-bargained wage scales are applied throughout various sectors, putting most employees well above the national minimum wage. Companies have maintained the link between wages and productivity, so that real wages have kept pace with the steady rise in productivity. The result is much less distance between the top and bottom of the income scale and more wealth flowing to the middle.

The book continues in this vein, taking up issues of deindustrialization, poverty, the demise of decent retirement security and other social and economic ills. For each problem, Tyler points to countervailing policies in his chosen examples from Europe and Australia.

Tyler takes special aim at a mantra repeated ad nauseam in the United States: that European countries like France, Germany and Sweden have rigid labor laws that hamper growth and innovation. (American journalists cannot write about Europe’s economy without using the term rigid; it must be required by their style books. Enter “Europe” and “rigid labor laws” in a search engine and see the results). The main complaint is that employers cannot just summarily fire employees and close plants but have to meet “just cause” standards and provide severance pay based on years of employment with the firm. The result of these modest social protections, according to conventional U.S. economic wisdom, is “Eurosclerosis,” a condition that leaves Europe uncompetitive in the global economy.

This stereotyping is belied by the facts. For one thing, as Tyler points out, most of the countries he compares with the United States have changed labor laws to give employers relatively more flexibility while maintaining core social protections. The result is called “flexicurity,” a term widely used in European social discourse but unheard of in the United States. For another, northern European countries and companies continued to perform well as global economic actors. Think of Airbus and German companies like Volkswagen, Mercedes, Siemens and SAP; Renault, Saint-Gobain and Sodexo in France; IKEA and Volvo in Sweden, and many other world-leading firms.

Beyond economics, Tyler suggests taking into account the way of living in his stakeholder capitalist countries. People work hard, but they work to live, not the other way around. Leisure time for family, vacation and cultural pursuits is more highly prized and more available.

Overtime work is limited and vacations are mandatory by law. In the shareholder capitalist United States, employers can demand unlimited overtime from workers (except those with union representation) and there is no right to a paid vacation. As a result, Americans are working longer hours for relatively lower pay than at any point in the past 60 years.

Tyler concludes his book with a call for wide-ranging political and economic reforms. He wants to reduce the influence of money in the U.S. political system and restore a progressive tax structure. He further proposes raising wages for lower-paid workers, enhancing workers’ organizing and bargaining rights, relinking wage increases to productivity gains, managing trade to restore well-paying manufacturing jobs and other steps to address income inequality. For corporate management and the financial sector, he wants to go beyond the post-crash Dodd-Frank reforms to further-reaching changes like breaking up the too-big-to-fail financial institutions and limiting executive paychecks and bonuses.

In the end Tyler returns, as he often does throughout the book, to his preferred model of German-style co-determination in corporate governance. In this stakeholder capitalism scenario, workers have a voice in running the business. Management accepts and respects employees’ participation, and workers and trade unions use their voice responsibly to advance firms’ commercial success in the global marketplace.

The daunting political obstacles to Tyler’s program are self-evident. Extremist Republicans have effectively seized control of their party. Potential moderates have largely capitulated, fearing primary election challenges from the right. Most U.S. management seems intent on killing unions, not working with them. Some of Tyler’s ideas were reflected in early financial reform proposals after the crisis in 2008, but they were eliminated or scaled back in the process that ended with Dodd-Frank. President Obama’s cautious centrism appears to be at the edge of the possible in the current context.

We do not know if political dynamics will change in coming months and years to make Tyler’s agenda more feasible. This review is written as the rabid right faction in the House of Representatives has shut down the U.S. government. In Australia, one of Tyler’s favored alternative systems, voters just elected a hard-right government intent on dismantling policies he lauds.

At the same time, Senator Elizabeth Warren of Massachusetts and other left-of-center Democrats are posing ideas similar to those developed at length by Tyler. In what direction will American politics turn? If read as widely as it deserves to be, What Went Wrong? could help swing public attitudes toward a repudiation of the hard right and a swing to the more family-friendly policies that George Tyler espouses in this enlightening and informative book.

This article also appeared in print, under the headline “American Exceptionalism,” in the January 6-13, 2014, issue. 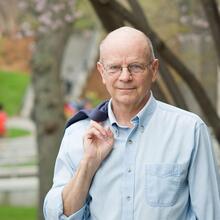