How centering prayer has helped me face anxiety, the pandemic and my most vulnerable moments 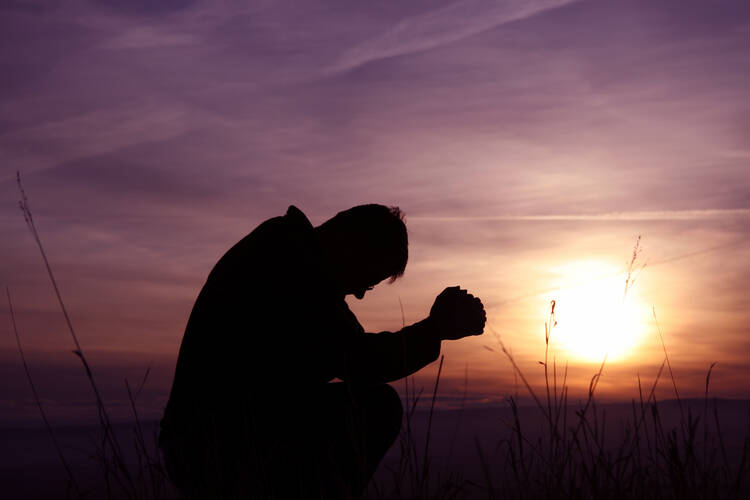 Even though the event occurred 70 years ago, I have a vivid memory of an experience in my third year of college, my first year in the major seminary in Huntington, Long Island, N.Y. It was the frequent practice among seminarians at the time to read spiritual classics in the chapel. While sitting in the chapel reading Dom Columba Marmion’s Christ in His Mysteries, I was startled to come upon the following sentence: “As we know, our sanctification essentially consists in a participation in the Divine Nature through sanctifying grace.”

Dom Marmion may have known that, but I certainly didn’t. Participation in the Divine Nature? Infinite love has freely made an unconditional self-gift to me? How could I have gone through Catholic grammar school, Catholic high school and more than two years in a seminary and not known this, have no recollection of ever hearing this, and certainly not have it as central to my image of God or my self-image?

I found the truth that God wished to share his infinite love life with me absolutely awesome, wonderful, mind-boggling. I still do.

Marmion’s statement leapt off the page at me. I was so surprised by what I had read that I went to see my spiritual director to make sure that I was not misreading Marmion. Once my spiritual director assured me that what Marmion was claiming was authentic Catholic teaching, I found the truth that God wished to share his infinite love life with me absolutely awesome, wonderful, mind-boggling. I still do.

What was my previous understanding of sanctifying grace? Perhaps as some “thing” that God inserted into our souls that made them free of mortal sin. This image bore little resemblance to the almost overwhelming truth that grace was God’s free self-gift which elevated us to a new level of living, a gift which introduced us to a life-long adventure of love, an adventure in which we shared in the love life of God, in the communion of Father, Son and Holy Spirit.

For better or for worse, I probably have led a more cerebral life than most Catholic priests—teaching philosophy for more than 50 years, reading countless works of philosophy and exploring numerous philosophical and religious mysteries. But thinking of grace living within us—rather than simply in an intellectual or conceptual way—makes centering prayer a very attractive prayer.

During the Covid-19 pandemic I have become more aware that I have a generalized anxiety disorder. Though I have had it at least since high school, I have only recently been able to name it, understand it and control it to some extent. I suspect that centering prayer, which I have been practicing for about 40 years, has indirectly helped me with my anxiety. Unfortunately, I have in the past approached centering prayer in the past more as though it were therapy than as an opportunity to meet God at the center of my being, at the depth of myself that philosophers identify with the word “subjectivity.”

My experience of centering prayer has helped me a great deal during the pandemic. This may be partly because the pandemic has made me more aware of my finitude, fragility and vulnerability. During any difficult period, centering prayer can impress on our consciousness and conscience that we are called to surrender to God’s love. When I engage in centering prayer, I am still in awe of God’s loving presence within me, but I also experience something new that I would call joy. Marmion claimed that joy was the echo of God’s life within us. I hope so.

At one point in the pandemic, I caught myself centering on the theological idea or concept of sanctifying grace instead of centering on the reality of God at the center of my being. I realized I had substituted an interesting idea for the reality of God. I hope this self-revelation was due primarily to the activity of the Holy Spirit, but insights from two philosophers, Martin Buber and Gabriel Marcel, also played a role.

Buber’s insight that God is never absent or silent, but that we can be absent or deaf, helped me to persevere in my efforts at centering. Marcel claimed that when we talk about God, it is not God about whom we are speaking. I think Marcel was pointing to the almost inevitable tendency to shrink God to some idea we can understand. The French existentialist thought that intimate knowledge of God could only be reached by talking to God. 'By talking to God we open ourselves to the possibility of reaching a more profound “I-Thou” relationship with God, who is always inviting us into that relationship.

Recalling that Marcel thought poetry had a power to lead us to the experience of awe and wonder, I decided to re-read my favorite poem, sometimes referred to by its first line “As kingfishers catch fire,” written by Gerard Manley Hopkins, S.J. I thought the poem might shed some light on my experience of centering prayer. In the first stanza of the two-stanza poem, Hopkins offers a very Thomistic vision of creation, pointing out that each reality speaks itself,

Deals out that being indoors each one dwells;
Selves—goes itself; myself it speaks and spells,
Crying Whát I dó is me: for that I came.

But then in the second stanza, Hopkins describes the person in grace whom he calls “the just man”:

I say móre: the just man justices;
Keeps grace: thát keeps all his goings graces;
Acts in God's eye what in God's eye he is—Chríst—for Christ plays in ten thousand places,
Lovely in limbs, and lovely in eyes not his
To the Father through the features of men's faces.

In the future I hope to remember that whenever and wherever I engage in centering prayer, I will be in one of the “ten thousand places” in which Christ is playing!

The Rev. Robert E. Lauder is a priest of the Diocese of Brooklyn and a professor of philosophy at St. John’s University, N.Y. He is the author of several books, including Pope Francis’ Profound Personalism and Poverty and Pope Francis’ Spirituality and Our Story.