We need a second examination of conscience: How are the people around me doing? 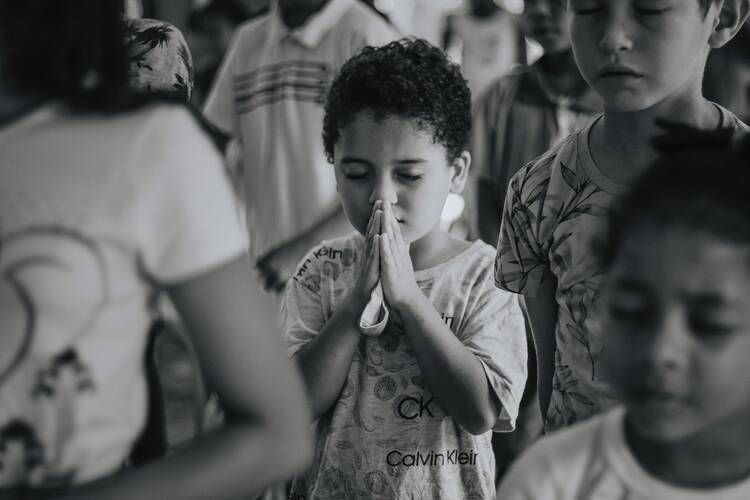 Photo by Carlos Magno on Unsplash

A Homily for the Third Sunday of Advent

There is an old saying among priests—or a saying among old priests, I cannot remember which—that hearing a grandmother’s confession means listening to what everyone else has done wrong, how they have disappointed her. And, at least as grandmother tells it, she does have a point.

However, the conventional wisdom is that all of us need to focus on our own sins in our examinations of conscience. True enough, but the problem with sins is that they come wrapped in blindness. By nature, sin deceives. We often do not see our sins until they cause us harm.

Perhaps another approach might be a good supplement—a second, supplementary examination of conscience. It may even be more revealing than the traditional list of deeds done wrong. Turns out, Grandma may indeed be on to something in examining those around her. It is only her focus on their shortcomings that is off.

There is an old saying among priests that hearing a grandmother’s confession means listening to what everyone else has done wrong, how they have disappointed her.

These questions might reveal as much about your standing with the Lord as your list of sins. Ages ago, Aristotle taught that a moral life comes down to a flourishing, a flowering. Doing good leads to happiness. Doing wrong drains it from life. Indeed, this was how the philosopher told us to distinguish one from the other. What makes us grow and flourish?

Three hundred years earlier, the prophet Isaiah described a life lived in God as a flowering.

The desert and the parched land will exult;
the steppe will rejoice and bloom.
They will bloom with abundant flowers,
and rejoice with joyful song (35:1-2).

Now consider Jesus and John the Baptist. Judged by the standards of the world, neither of them could have been regarded as successful men, leaders who flourished. Both lived in itinerant poverty; both were executed as enemies of the state before their movements could gain real momentum.

Look at the people with whom you live and work. How are they doing? Specifically, how are they because of your role in their lives?

Yet according to St. Matthew, people flocked to the Baptist. Even his words of reproach seemed to give them new life. Had John made our second examination of conscience, he would have been confirmed in his vocation. He was indeed helping others to grow and to flourish.

And when Jesus employed this same examination of conscience, his effect on others, he saw a similar result. He could say:

Go and tell John what you hear and see:
the blind regain their sight,
the lame walk,
lepers are cleansed,
the deaf hear,
the dead are raised,
and the poor have the good news proclaimed to them (Mt 11:4-5).

Aristotle and Isaiah are still quite right: To do good, to be graced, is to bloom and flower. But when you truly live your life for others, as Jesus and John did, that flourishing may be more apparent in the lives that surround yours than in your own. Put another way, the good Lord might be asking you to be more root or stock rather than blossom. The flourishing lies outside yourself, in those around you, though, as it comes from within you, it is your own, deep flowering.

A final note: When you examine the happiness of your associates and loved ones, pour in some patience. They may face great personal challenges that you alone cannot remove. The Lord did not set you as their savior. He alone is that.

Be patient, brothers and sisters,
until the coming of the Lord.
See how the farmer waits for the precious fruit of the earth,
being patient with it
until it receives the early and the late rains (Jas 5:7).

Still, whatever troubles your companion’s face, if your own influence upon them is not at least a dew that flows into their flowering, then something is sterile; you are not bearing fruit.