Pope Francis appoints a father of two to No. 2 spot at Vatican family office 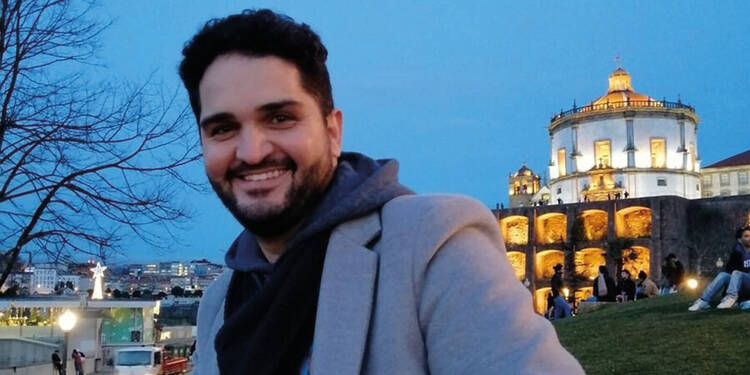 Pope Francis has appointed Gleison De Paula Souza, 38, a husband and father of two children from Brazil, as the new secretary of the Vatican’s Dicastery for Laity, the Family and Life.

With this appointment, announced by the Vatican today, the pope continues to implement the reform of the Roman Curia that he outlined in the constitution “Praedicate Evangelium,” which he promulgated on March 19 of this year. In that important text, Francis significantly separated the power of priestly orders from that of governance in the Roman Curia and thereby opened the door for the involvement of lay men and women in the roles of greater responsibility in the church.

Mr. De Paula Souza becomes the number two official of this Vatican dicastery, where the Irish-born American cardinal Kevin Farrell holds the top position as prefect. He succeeds the Brazilian priest Father Alexandre Awi Mello, 51, who had served in that position since 2017 but had to resign earlier this year when he was elected superior general of the Secular Institute of the Schonstatt Fathers, to which he belongs.

The appointment of Mr. De Paula Souza as secretary means that now three out of the four senior positions of responsibility in this Vatican office are held by laypeople. In November 2017, Pope Francis appointed two Italian women, who are also mothers, as the undersecretaries of this department—Professor Gabriella Gambino and Dr. Linda Ghisoni. He did so at the proposal of Cardinal Farrell, who has always been a strong advocate of the appointment of laypeople to top positions in this dicastery. Indeed, in an interview on June 20, the cardinal told me, “I believe I could be the last cleric in charge of this dicastery.”

Mr. De Paula Souza was born in the Brazilian state of Minas Geiras on May 14, 1984. As a young man, he joined the order of the Sons of Divine Providence in 2005 and came to Rome to study. The Sons of Divine Providence, commonly called the Orionine Fathers, is a Roman Catholic clerical religious congregation of pontifical right for men founded in 1903 by Luigi Orione in Turin, Italy. In January 2014, during his second year of studies in theology he wrote a letter to Pope Francis, and soon after, the pope invited him to come to Casa Santa Marta, his residence in the Vatican, for a meeting. Mr. De Paula Souza wrote about the encounter on the website of his order at that time. After gaining a bachelor’s degree in theology from the Pontifical Salesian University in 2015, he decided to leave the order the following year at the age of 32. He went on to gain a teaching degree in philosophical sciences in 2019 from the Italian state university in Lecce, southern Italy. He was teaching religion at an Italian high school in Galatina, near the city of Lecce, at the time of his appointment to the Vatican dicastery.