Did Vatican II fail? Are we allowed to ask the question? 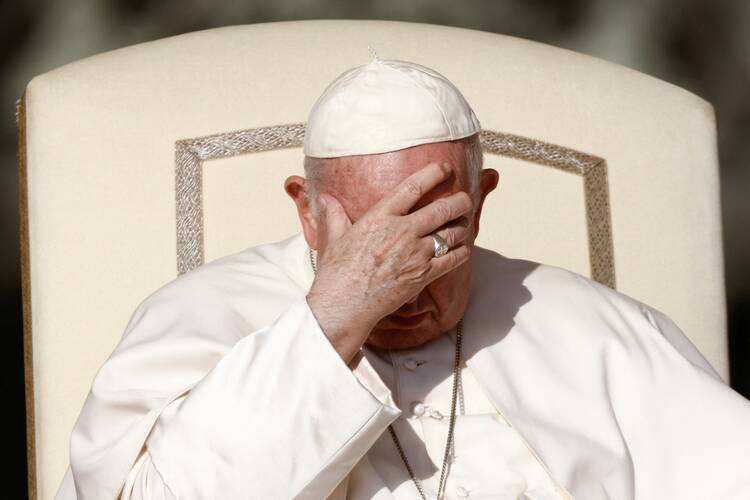 Sixty years ago this week, St. John XXIII opened the Second Vatican Council in St. Peter’s Basilica. The council, which produced over a dozen documents and initiated sweeping reforms, is difficult to summarize. It is not any easier to summarize the timeline of reactions since those documents were promulgated.

One reading goes like this: Shortly after the council, there was a period of widespread enthusiasm (coupled surely with some Evelyn-Waugh-like grumbling). But in the midst of interpretation and liturgical experimentation, the church in the West, which had great influence over the council, began to collapse. There was an exodus from the priesthood, vowed religious life and the pews. Unsatisfied with the landscape, a “reform of the reform” movement took place, intending to tamp down the revolutionary character of the council. This culminated with Pope Benedict XVI (who was a theological advisor to the council, but don’t let such details get in the way of a narrative) restoring the pre-Vatican II Mass for any Catholic who wished to celebrate or attend it. Finally, Pope Francis, with Jesuit guile, arrives on the scene to breathe life back into the implementation of the council, leading to the re-suppression of the Latin Mass and the institution of a synodal church that is always listening.

To act like there are no open questions about the council’s relationship to the state of the church is an act of denialism and pearl-clutching.

This narrative, which you could surely quibble with at every turn, at the very least establishes a plot, a rise and fall, a thesis and antithesis about the role and reception of the council. Ross Douthat, writing in The New York Times, describes our situation in these terms: “the Second Vatican Council cannot be simply reduced to a single settled interpretation, or have its work somehow deemed finished, the period of experimentation ended and synthesis restored.”

Pope Francis, in a homily at the Vatican to mark the 60th anniversary, described two “camps” reacting to the council as being tethered to a “‘progressivism’ that lines up behind the world and the ‘traditionalism’ that longs for a bygone world.”

Indeed, the pope reminded us (with not a small amount of chastisement) that “a church in love with Jesus has no time for quarrels, gossip and disputes.” Perhaps those reacting strongly to Mr. Douthat’s column think they are channeling the Holy Father when they chastise him for even bringing up that there are real debates and questions about Vatican II, in The New York Times, of all places.

Yet I want to push back on some of Mr. Douthat’s critics, and reflect on the pope’s own words a bit. The problem is not with our arguing or disagreeing (or at the very least, acknowledging that the disagreements exist). To act like there are no open questions about the council’s relationship to the state of the church is an act of denialism and pearl-clutching. And questioning whether or not Vatican II has succeeded does not make someone a sedevacantist.

Pope Francis has asked everyone to reread the four constitutions that came out of the council. I suggest that we take him up on it.

Did the changes to the council cause the church’s decline in the West, or did it make its growth in places like Asia and Africa possible with its emphasis on inculturation? Has the church truly recognized the role of the laity? If our liturgy was changed to reflect the vernacular then why has it not continued to change along with our vernaculars? Has the growth in missionary discipleship been worth the loss of our institutions? Does the church need another ecumenical council to resolve new, urgent questions, or to revisit old ones?

A church that asks these questions openly, carefully and lovingly is a church that cares. After all, you cannot read the Acts of the Apostles and find a church without disagreements. Yet too often we are blinded by ideology to our own particular interpretation or idea of how things should be.

Pope Francis adds: “How often, in the wake of the council, did Christians prefer to choose sides in the church, not realizing that they were breaking their Mother’s heart! How many times did they prefer to cheer on their own party rather than being servants of all? To be progressive or conservative rather than being brothers and sisters?”

The church has a Holy Year coming up in 2025. In preparation, Francis has asked everyone to reread the four constitutions that came out of the council. I suggest that we take him up on it and be willing to share our thoughts with one another as we do. And when we do, let’s try to listen not as progressives or conservatives, as reformers or traditionalists, but as Christians.

Zac Davis is an associate editor and the senior director for digital strategy for America. He also co-hosts the podcast "Jesuitical."