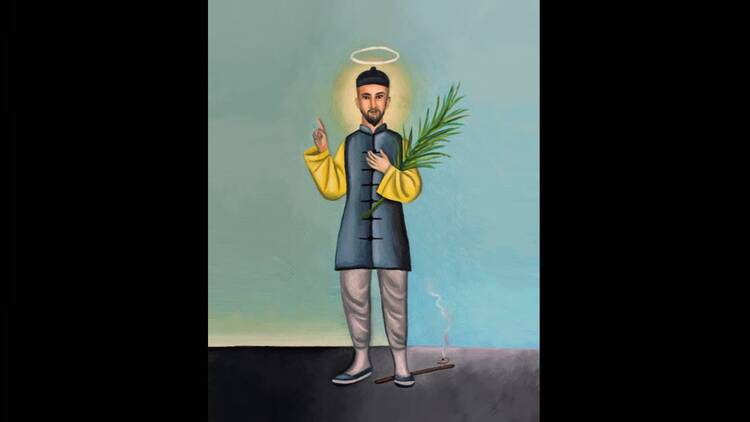 We are all plagued by vices and failings from which, for some reason, we can never seem to break free. Through these sins, we continually hurt ourselves—and worse, we hurt our loved ones, our friends, our spouses and our children. Those of us who are Catholic return repeatedly to the confessional, frustrated that we keep confessing the same old sins, over and over again.

This is not to say we don’t know, in our heart of hearts, that these attachments are wrong. Yet sometimes something in us doesn’t quite want to make the commitment to change. And so we pray with the young St. Augustine, “O Lord, make me holy, but not yet!”

We are all plagued by vices and failings from which, for some reason, we can never seem to break free.

But this is not the only reason for our failure to change. Indeed, sometimes it is not because of any conscious attachment or unwillingness, but merely the crippling experience of our own inability. Without God’s grace, we are spiritually lame, and this fact makes itself painfully felt in our repeated failures, which continue to inflict pain upon our loved ones and upon ourselves. Endlessly frustrated by our own failures, we pray a slightly different prayer than the one St. Augustine prayed when he was young. Confronted with our incapacity, we approach the Lord when we are near the point of utter despondency, and we pray, “O Lord, make me holy now!”

We might take inspiration for this prayer from a saint far less known than Augustine, the Chinese martyr St. Mark Ji Tianxiang. St. Mark, or Ji, was a devout Christian and a doctor in late-19th-century China. What sets Ji apart from many other saints is that he died mired in a vice from which he was never able to break free: a crippling addiction to opium. After contracting a painful stomach illness, he medicated himself with the addictive drug and found himself irreparably dependent upon it for the rest of his life. (While advances in modern medicine allow us to see addiction as a disease to be cured or managed, Ji and his loved ones surely experienced his dependence as a moral failure as well.)

What sets St. Mark Ji Tianxiang apart from many other saints is that he died mired in a vice from which he was never able to break free: a crippling addiction to opium.

Ji’s devotion to the Catholic faith never waned, despite his addiction to opium. He faithfully and frequently returned to the confessional, bringing his sin before the feet of the Lord to ask forgiveness. Yet his vice never left him either. No matter how many times he confessed, and no matter how many times he uttered his resolution to amend his life, he continued to fall back into addiction. Those around him, including his family, his friends and even the priest to whom he regularly confessed his sins suspected him of having abandoned all desire to live a virtuous Christian life. Indeed, his priest forbade him from receiving the sacraments until he could break free of his vice. This situation continued for 30 years—and yet, in all that time, Ji remained committed to his faith and to the church. He never abandoned his hope for the grace of God.

St. Augustine taught that the desire to pray always is equivalent to actually praying always. Obviously, being temporal creatures, we cannot literally pray with our words at every moment of the day. We must eat, walk, work, busy ourselves with myriad social interactions. Humans are not in fact all that proficient at multitasking, so St. Paul’s injunction to pray always seems impractical. Yet Augustine’s simple solution to this problem is to state that the desire itself counts. Developing a healthy and holistic prayer life is thus a matter of cultivating this desire and keeping its flame alive always.

Similarly, holiness is ultimately a matter of having a sincere desire for God. The sincere desire to be holy is itself a sign that God has planted the seeds of holiness in one’s heart already. Because of this, the sinner may be confident in God’s saving grace.

Ji was never freed from his vices, but he faithfully maintained a sincere devotion of heart until the moment of his heroic martyrdom.

Of course, this is not to say that he may be presumptuous, and take God’s grace for granted while he continues to sin without any real resolution to amend his life. This is the attitude that characterized the younger Augustine’s defective prayer: “Make me holy, but not yet.” It is the attitude of one who tells himself “it’s O.K.” that he sins and thus falls into the complacency of one who thinks he need not change.

Nevertheless, there is still a real ground for confidence in the grace of God, if one is conscious of a sincere desire within oneself to be holy—the desire to change. The prayer, “make me holy now” signifies not presumption but the theological virtue of hope, and thus it contains the very seeds of holiness itself. The sinner who sincerely prays thus may reassure himself that “it’s O.K.”—not that it’s O.K. to be imperfect and thus to keep sinning, but that it’s O.K. that he is imperfect and needs to change. For he is loved by God, and as long as he responds to that love with sincerity of heart, he can rest assured that God will change him—though in God’s time, not his own.

In 1900, the violent Boxer Rebellion arose in China, which sought to expel all foreigners and colonialists from China by force. Inevitably, the presence of Christianity in China came to be perceived by the rebels as the heritage of Western colonialism, and so the rebellion took many Christians as its victims as well. Thousands were massacred, Ji and his family among them. Still addicted to opium, Ji displayed marvelous courage before his executioners, and begged to be killed last so that he could stand with each of his family members, comforting them as they were beheaded one by one. Finally, he too was beheaded, whilst confidently chanting a Litany to the Blessed Virgin.

St. Mark Ji Tianxiang’s story makes for an interesting contrast to that of St. Augustine, who lived in the mire of vice during his youth—while praying the insincere prayer of presumption—but was eventually saved from those vices by God’s miraculous intervention. Ji, by contrast, was never freed from his vices, but he faithfully maintained a sincere devotion of heart until the moment of his heroic martyrdom. Ji was saved from his vices only at the moment of his death—in God’s time, not his own. 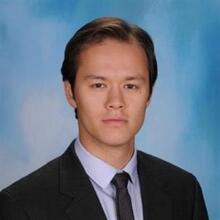 Jonathan Culbreath is a writer living in Southern California. He is an assistant editor at The Josias, a site dedicated to the recovery of Catholic social teaching.

@maestrojmc
Show Comments ()
Join the conversation: Login or create an account
Before you can comment, you need to update your profile to include your first and last name, as required in our comments policy. Then reload this page and you'll be set up for commenting. Update your profile