How my father’s racism helped me fight my own 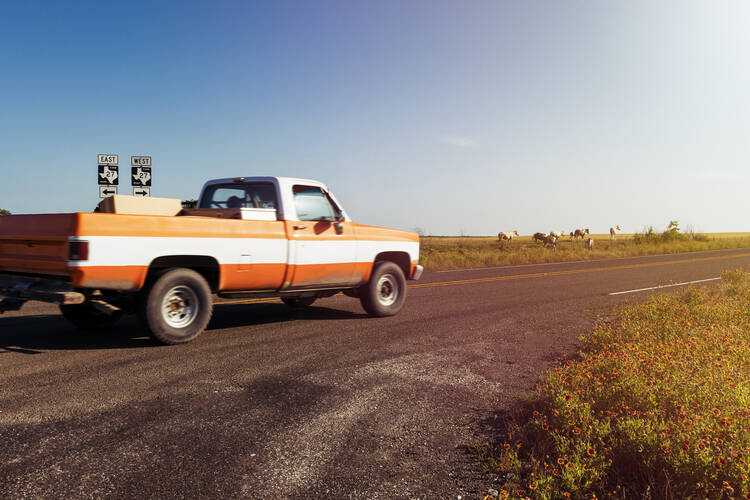 The year 1968 was a tumultuous period for our country and a time of great awakening for me. I was just 13 then, a boy born and raised in the South. My interests were no different from most of my contemporaries. I enjoyed sports and the outdoors.

I was the eldest son of educated parents from a small town in Texas. Life growing up in the South in the 1960s was a simple, unencumbered existence. As children, we went to school, studied and did our chores. I was obedient to my parents who did their best to raise me in the ways they had been taught.

My father dictated the standards that were deemed acceptable in our household. He was a strict disciplinarian and raised my brother and I in the same way he was probably raised. Words such as sir and ma’am, terms that seem to have been lost in recent generations, were some of the first I learned as a child. My father was a stern man who showed little affection for me or my brother. Despite that, I desperately sought his approval as is often the case in father and son relationships. But that all changed in April of that year.

My father and I were returning home from a fishing trip. We had the windows down in his pickup listening to country music when the announcer interrupted the program for a breaking story. Dr. Martin Luther King, Jr., had just been murdered. I knew little of Dr. King’s work, but I knew he stood for peaceful resistance and racial equality. On television he seemed fearless of those who opposed his philosophies, and even as a child I respected his courage and strength. As the commentator described the events leading to his death, I will never forget my father’s reaction. His words remain forged in my consciousness like a smoldering brand embossed in my mind.

“That b—— got what he deserved!” he screamed.

Young boys often try to follow in their father’s footsteps. But, on that day, I saw our paths diverge.

My father was a big strapping man, and I was frightened by the sudden anger in his voice. But despite my fear, his outburst triggered another emotional response within me. I stared silently out at the passing landscape as I pondered Dr. King’s death. It would mean his wife and children would have to live without a husband and a father. Their lives would be changed forever. Our nation would too.

Young boys often try to follow in their father’s footsteps. But, on that day, I saw our paths diverge. I knew I would never share my father’s racism and hatred. In the late 1960s our country was at the height of the Vietnam conflict, and graphic coverage of the battles was displayed in the media. While soldiers died in the war, protestors burned their draft cards and demonstrated against the government. Given my strict upbringing, dissent against the war was something I struggled to comprehend. But as I matured, I began to see there were other ways of thinking beyond my own.

My first year in high school brought with it court-mandated integration. It marked a time of change, anger and finally acceptance for many at the school. For a naive 14-year-old freshman who had never been in the same room with a child of another race, my real education was about to begin.

Each day, the hallways were filled with students, Black and white, their eyes full of anger and hate as they stalked past one another. Interracial fights were common. But over time, the two groups reached an equilibrium as we began to normalize our differences, migrating to an unspoken compromise like two warring countries agreeing to a silent truce.

In Texas, high school football is a rite of passage for young men with the athleticism to compete. I was blessed to be given that ability, and football became the great equalizer for me. We practiced as one, Black and white. We sweated and suffered together. As a team we shared the glory when we won, and the disappointment when we lost. Football was the vehicle for many of us students to gain mutual respect across racial divides.

Looking back at my childhood, I am grateful for many of the lessons my parents taught me. But not all their ways were right. Thanks to God’s grace, I found my way through the quagmire of untruths. But as enlightened as I have become relative to my roots, and as hard as I have strived to discard some of the fallacies of my heritage, I also know my whiteness will always be a barrier that keeps me from truly understanding the lived experience of people of color. God did not give me a brilliant mind, but he did grace me with the wisdom to know my limitations.

I will never know the feeling of having another human hate me simply because of my skin color. I will never feel the disappointment of being denied a promotion or job because I am a minority. Though I may be able to empathize with other races, I cannot fully walk in another’s shoes or bear the burdens they carry. The best I can do, sometimes, is to try to educate myself. I try to grow in compassion.

I sometimes reflect on how my life would have been different had I not had an awakening that spring day in my dad’s truck; how much poorer my life would be. Almost a decade after my awakening, I witnessed a young Black man fall from the edge of a pier into the waters of Galveston Bay. When he did not come to the surface, I dove into the water, finding him in the depths. He was unconscious but alive. He had struck his head on the edge of the pier when he fell, but thanks to God’s grace he suffered no ill effects.

I sometimes reflect on how my life would have been different had I not had an awakening that spring day in my dad’s truck.

I was no hero. I did what needed to be done. I wonder if God had not opened my eyes to the truth about bigotry when I was a child, would I have hesitated? Would I have put myself at risk for this man? Would I have first seen the man’s color, or would I just see a person in need?

In many ways, people who look like me ought to ask these same questions every day, though perhaps under less dramatic circumstances. If we know that others truly have dignity, wouldn’t we be willing to put ourselves at risk to save them? What kind of sacrifices are we willing to make to advocate for fair housing, equitable jobs, pay and education for people of color?

Awakening to racial injustice has also allowed me to recognize the ways in which I benefit from being in relationship with people who are different from myself. I have since developed a friendship with the man I pulled from the water. Two years after saving his life, I found myself floundering. I was going through a bitter divorce and was heartbroken and despondent. My friend recognized my pain and lifted me up, refusing to allow me to wallow in guilt and self-pity. He saved me, dragging me up from the depths of my depression. We remain friends to this day.

Until just a few years before his death, my father’s prejudice was a giant cultural wedge that separated us, inhibiting our ability to interact as father and son. But over time he mellowed, his anger softening. He began to develop tolerance and empathy. I have come to realize the anger in my father’s heart stemmed from his ignorance and fear. While I will never support my father’s prejudice, I will forever be grateful for the fact that God could work through him to help me find my way. 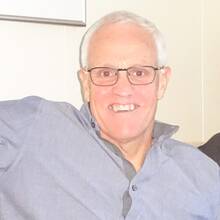 Bob Blundell is a freelance writer and converted Catholic living in the Houston area. He has had previous work published in magazines such as Liguorian, Celebrate Life, Crosscurrents, and The Bible Advocate. His first book, Crossroads, is scheduled for publication in 2023.