Remembering Rosemary Radford Ruether, a feminist theologian who challenged what it means to be a ‘good Catholic’ 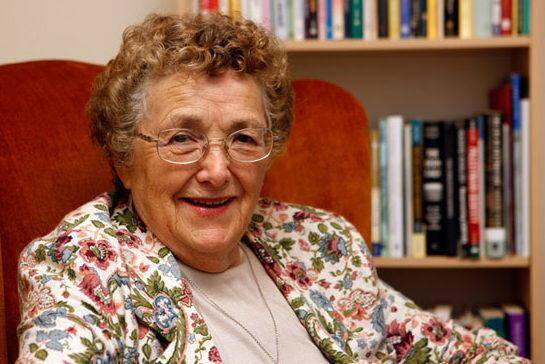 In 1975, when I was a first-year theology graduate student in Chicago, I had barely heard of “feminist theology.” I was only dimly aware of the Women’s Ordination Conference held in Detroit that November; what occupied my mind that first quarter was learning new terms like hermeneutics, eschatological and proleptic. Yet that very same year, Rosemary Ruether published New Woman, New Earth: Sexist Ideologies and Human Liberation, a landmark book that, as she wrote in the preface, “tr[ies] to show that all these ideologies [sexism, racism, anti-Semitism, the ecological crisis] are the cultural superstructure for a system of male domination which is socioeconomic and systemic in character.”

Nearly 50 years later, I am still struck by Ruether’s uncanny ability to name and analyze what we now call intersectionality, years before the term became widespread.

In a very real sense, Rosemary Radford Ruether deliberately lived both within the tradition and on its margins.

Rosemary Radford Ruether died on May 21, and has been remembered well by her friends and former students, including Mary Hunt’s remembrance in the National Catholic Reporter and obituaries in NPR and The New York Times. In this short remembrance, I want to focus on Ruether’s contributions as a Catholic theologian, and how her way of being Catholic challenged traditional ideas of what being a “good Catholic” meant.

By saying that Ruether was Catholic “on her own terms,” I don’t mean that she rejected the tradition or invented her own form. Rather, she was Catholic in a deeply communal and thoughtful way, but also in a way that often put her at odds with institutional authority because of her commitment to justice for women. In a very real sense, Rosemary deliberately lived both within the tradition and on its margins.

Ruether’s writings were and are foundational for the field of feminist theology, and as I began my own teaching career in 1980, I read her books eagerly, searching for new ways of understanding the tradition. I shared her insights with my students and drew on some of her ideas for my own work. After admiring her for years, I came to know her personally in the 1990s when we were both involved in a multi-year project on liberal American Catholicism, as well as a small faith-sharing group for married couples, and through our mutual concerns for women and the church. She was the Georgia Harkness Professor at Garrett Theological Seminary, just a few miles north on Sheridan Road from Loyola University Chicago where I taught, and our paths crossed many times.

Rosemary and her husband Herman (“Herc”) Ruether were regulars for years at the Sheil Catholic Center at Northwestern University, as were my husband and I. One of the pastors once confided to me how intimidating he found it to preach with two feminist theologians in the congregation. But Rosemary was far less critical than I was; she once observed to me that she didn’t pay too much attention to the homilies, given the poor quality of much Catholic preaching. What was important for her was the shared presence of the body of Christ in the community.

She recognized the importance of prayer, rituals and symbols, and often noted that the struggle for justice has to involve both the mind and the heart.

She developed rituals for passages of women’s lives that had mostly been ignored (see her Women-Church: Theology and Practice) and graciously accepted a “croning” ceremony on her 60th birthday, during one of our project meetings. She had a strong sense of sacramentality: She recognized the importance of prayer, rituals and symbols, and often noted that the struggle for justice has to involve both the mind and the heart.

Rosemary was also an astute and critical thinker. Her original training was in the early Fathers of the Church, but her knowledge of the tradition was vast. She worked with other feminist historians in retrieving the stories of forgotten women, providing invaluable resources for teachers and students. She wrote books on such topics as redemption, the family, the Israeli-Palestinian conflict, Jewish-Christian and Buddhist-Christian relations and, picking up on a concern first raised in her 1975 book, the ecological crisis and its theological dimensions.

Perhaps her best-known book is the classic Sexism and God-Talk, which re-envisions systematic theology with women at the center. Each of these books was not only historically informed but outlined real practical consequences, such as the femininity of God and the ordination of women.

When it came to the institutional dimensions of Catholicism, Rosemary had little to no patience for the Catholic hierarchy and its focus on contraception and abortion. “Roman Catholic Christianity has a problem with women,” she wrote in an article on reproductive rights and Catholicism in 2008. As a faculty member at a Methodist seminary, she did not experience the repercussions that others did after signing the 1984 New York Times advertisement on the diversity of opinions about abortion among Catholics. She was a board member of Catholics for Choice for years. For some, these activities might put her Catholicism into question, but she ignored or dismissed these critiques.

It is worth noting that many Catholic feminist theologians, particularly those who teach at Catholic colleges and universities, can find themselves walking something of a tightrope between their feminist commitments and their institutional connections. I know this was true for me in nearly 40 years of teaching at three Catholic institutions, all of them run by religious orders of men.

Perhaps her best-known book is the classic Sexism and God-Talk, which re-envisions systematic theology with women at the center.

Rosemary dealt with this twice: first in 1964, when she published an article critical of the Catholic Church in The Washington Post Magazine; she eventually lost a teaching position at Immaculate Heart College, a Catholic college in California. Many decades later, in 2008, she was invited to hold the Monsignor John R. Portman Chair in Roman Catholic Theology at the University of San Diego, but the university reversed its decision shortly after. She spent most of her career at Howard University and Garrett Theological Seminary.

Unlike many other Catholic theologians, Rosemary was not a member of the Catholic Theological Society of America, preferring membership in the more religious studies-oriented American Academy of Religion. After a CTSA meeting in 2000, when the membership was debating how to respond to the US Bishops’ draft statement on the mandatum, which required Catholic theologians teaching in Catholic institutions to certify their adherence to Catholic teaching, Rosemary drafted an article critical of the CTSA’s position on the issue. She sent it to me and asked if I would read it over before she sent it out for publication. I read it and responded to her that she had not been there—I had—and that there were important nuances that she missed. We talked this over, and she revised the article.

What this said to me then, and now, beyond the fact that she was open to collegial dialogue and even correction, was that Rosemary’s independence from institutional Catholicism had the advantage of protecting her from the kinds of concerns that many of us had to deal with, such as whether or not to apply for a mandatum. But it also had the disadvantage of distancing her from “the weeds” of everyday involvement in church structures. I think Rosemary would find this a fair assessment.

Her commitment to reproductive rights made her critical of the church’s position on contraception and abortion. Her concerns were based in the stories told to her by the people she encountered in her teaching and lecturing around the globe. Like many women in the church’s long history—I think of Hildegard of Bingen, Catherine of Siena, Teresa of Avila, the late medieval Beguines and the women religious who disobeyed bishops’ orders to stay in their cloisters—Rosemary challenged church authorities and refused to live her faith on their terms.

Catholic theology involves both faith and reason: faith in the message of the Gospel and a reasoned exploration of the Gospel’s implications in ways both faithful to the tradition and relevant to the present context. Rosemary saw in the Gospel the prophetic call for justice and spent her life not only writing about justice but also working faithfully and tirelessly in giving her time and treasure to support the struggle. After her retirement from Garrett, Rosemary and Herc moved to Claremont, Calif., and I missed our casual conversations before and after Mass. But she was never one to spend her Sunday at leisure. I can still hear her saying, “Back to work!” as she walked from Sheil across Sheridan Road to her office at Garrett.

Rest in peace and power, Rosemary!

More: Obituary / US Church / Women in the Church / Theology 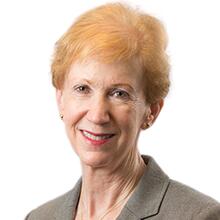 Susan A. Ross is an emerita professor of theology at Loyola University Chicago.