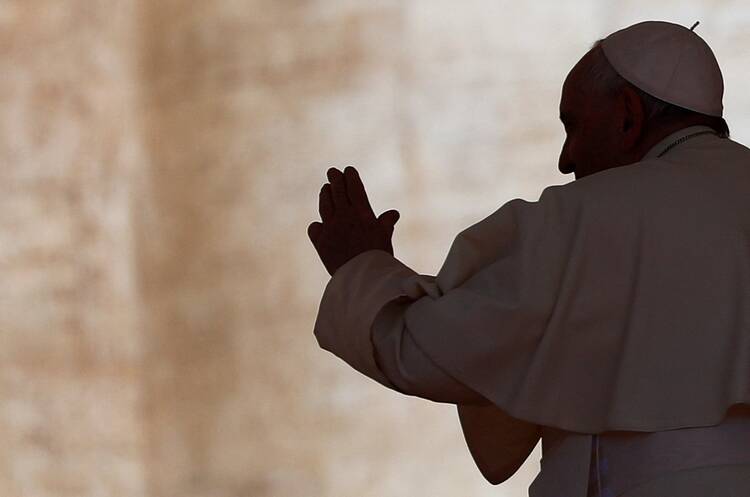 Pope Francis will not visit Kyiv as hoped and has suspended his meeting with Patriarch Kirill, the leader of the Russian Orthodox Church, planned for July in Jerusalem.

In an interview with La Nación, an Argentine daily newspaper, published on April 21, the pope said he had made the decision to suspend his meeting with Kirill because the Holy See’s diplomatic arm advised him that “a reunion between the two at this time could give rise to much confusion.”

This week on “Inside The Vatican,” co-producer Ricardo da Silva, S.J., interviews Anne Leahy, who once served as the Canadian ambassador to Russia and later to the Holy See, to understand Pope Francis and the Vatican in its relations with Russia.

As a career diplomat, Ms. Leahy has unique insight into the diplomatic dilemmas facing the pope at this time, in his desire to negotiate peace between two nations at war and end the wanton bloodshed in Ukraine, and in his decision not to name and shame the aggressor of this war.

As a career diplomat, Anne Leahy has unique insight into the diplomatic dilemmas facing the pope at this time.

“What is happening on the ground right now is a very delicate exercise that the Holy See finds itself in,” Ms. Leahy says. “Do you really think that naming President Putin is going to shame him at this point?”

The former ambassador also shares personal experiences of her time in Russia and the Vatican, which have points “quite in common between administrations.”

At the top of the show, Ricardo joins regular “Inside the Vatican” host Colleen Dulle to discuss the major news coming out of the Vatican this past week. They share their takeaways from the pope’s interview and the ongoing troubles with his knee injury, which has once again forced him to stop his regular liturgies and work schedule at the Vatican.