There are female presidents and CEOs. Why are we still asking if women can lead in the church? 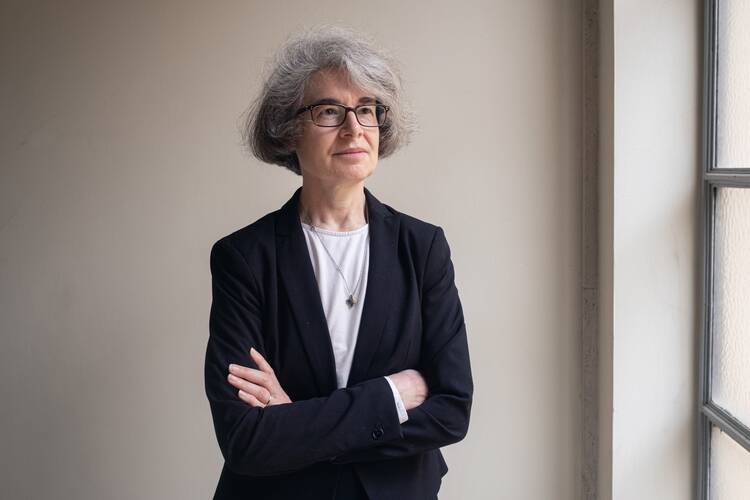 Last year, I spent about six months reporting a feature story and an accompanying podcast episode for America on how women are rising to leadership positions in the Vatican. It’s one of my favorite subjects: In 2019, when I traveled to Rome to report on the Vatican’s historic summit on preventing sexual abuse, I carved out time to interview Lucetta Scaraffia, the firebrand historian and journalist who founded Women Church World, the Vatican women’s magazine, and who, just weeks after our interview, resigned her position—along with the entire editorial board—in protest of alleged censorship.

The stories Ms. Scaraffia shared with me, both at the time and in an interview last year, were disturbing: She described nuns who moved to Rome from faraway countries and who were made to work in the homes of bishops and cardinals with little to no pay; in some cases, they were sexually abused. Ms. Scaraffia said that when she tried to report on this, a senior Vatican official told her not to publish the story. So she resigned, and her reporting was pulled from the Vatican website.

I’ve often said that as a Catholic feminist covering the Vatican, I cannot wait until it is no longer newsworthy when women take on greater leadership roles in the church, but it is de rigeur.

What allegedly happened to these women exemplifies the most abhorrent ends of the church’s centuries-long clericalist culture, the result of centuries of sexism that erased St. Mary Magdalene’s role in three of the four Gospels as the first messenger of the Resurrection and made proclaiming the Gospel at Mass a right exclusively held by men. It’s a culture that has been slowly chipped away at by female mystics like Teresa of Ávila, who told the women in her reformed Carmelite communities facing the Inquisition, “Since the world’s judges are sons of Adam and all of them men, there is no virtue in women that they do not hold suspect.”

[Read next: Lucetta Scaraffia on Women in the College of Cardinals]

In more recent years, reforms that recognize the power of women to evangelize, lead communities and even govern church offices have gained pace. Only a hundred years ago, the first lay woman was employed at the Vatican; this week, the new Constitution for the Roman Curia declared that “any member of the faithful may preside over a Department or Body, given their particular competence, power and governance or function,” which has widely been interpreted to mean that a woman could run any Vatican office, except perhaps the Dicasteries for Clergy and Bishops. Previously, many top roles of prefect and secretary were limited to priests or cardinals; the new constitution bears no such limitations. Clarifying the document at a Vatican press conference March 21, one of its writers said that the “power of governance in the church does not come from the sacrament of [Holy] Orders” but from a mission given by the pope.

It remains to be seen, of course, how this plays out and who is actually appointed to such posts. Right now, only the Dicastery for Communications is run by a lay person—a man—and the pope has said he had to “fight” resistance from other Vatican officials in order to appoint a woman to the department’s Number 2 spot. There will without a doubt be resistance to women filling these roles in a Vatican still entrenched in a clericalist culture.

It is also possible that if women are allowed to hold higher administrative positions, church leaders will be quicker to dismiss advocates for women’s ordination to the priesthood or diaconate. But these Vatican appointments will not eradicate the sexism that shapes many people’s primary experience of the church: the liturgy. Although Pope Francis has opened new lay liturgical ministries to women, women are still not permitted to proclaim the Gospel at Mass, except in the absence of a priest, and cannot give homilies. Instead, women are relegated to offering reflections at other times, like after Communion, if their priest permits them to preach at all. All this is based on the problematic theology, as Phyllis Zagano has pointed out, that a woman cannot “image” Christ.

I’ve often said that as a Catholic feminist covering the Vatican, I cannot wait until it is no longer newsworthy when women take on greater leadership roles in the church, but it is de rigeur. But as I’ve learned more about church and Vatican history, my view has changed: After centuries of sexism in the church, any woman breaking a stained-glass ceiling will be a story worth telling, lest we forget what we were up against.

More: Women in the Church / #OwnYourFaith