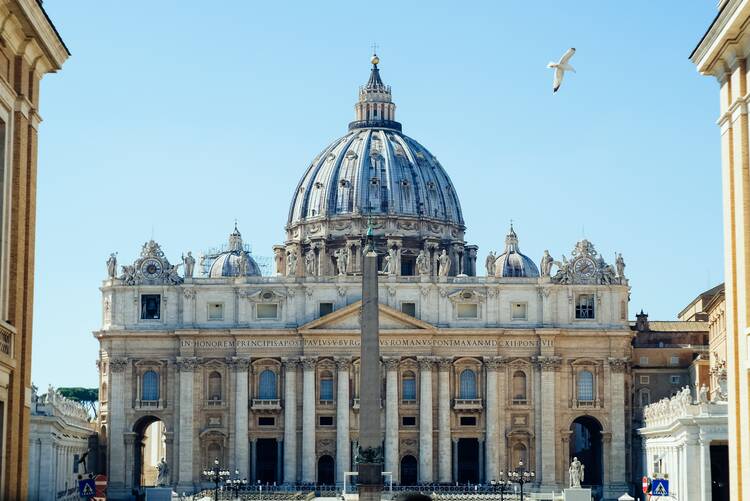 Pope Francis released a new constitution, “Praedicate Evangelium,” that introduces several significant changes to Roman Curia. One of these changes affirms that “the power of governance” in the Roman Curia “does not come from the sacrament of [Holy] Orders” but from the “canonical mission” given by the pope. Some commentators have called this  “revolutionary,” but others say it has deep roots in church tradition.

This opens the door to the possibility that baptized lay women and lay men can, in the future, be appointed by the pope as prefect or secretary of dicasteries and other offices of the Roman Curia. (The constitution does not say that the prefects or secretaries of the dicasteries have to be cardinals or bishops.) As the new constitution states, the Roman Curia “is the institution which the Roman Pontiff ordinarily makes use of in the exercise of his supreme pastoral office and his universal mission in the world.” The document also states that the Curia is at the service of the bishops, albeit in a different way.

Some commentators have called this  “revolutionary,” but others say it has deep roots in church tradition.

The import of this change was explained by Gianfranco Ghirlanda, S.J., emeritus professor of canon law at the Pontifical Gregorian University, when the constitution was presented at a Vatican press conference on March 21. Father Ghirlanda is understood to have contributed to the drafting of this text, which will regulate the life of the Roman Curia for the coming decades and is certain to impact the life of the Catholic Church worldwide.

The new constitution states that “every curial institution carries out its proper mission by virtue of the power received from the Roman Pontiff in whose name it operates with vicarious power” (No. 5).

Father Ghirlanda noted that this was also stated in the constitution “Pastor Bonus” (No. 8)—promulgated by Pope John Paul II when he reformed the Roman Curia in 1988—which stated that “the Second Vatican Council highlighted what we may call the vicarious character of the Roman Curia, because...it does not operate by its own right or on its own initiative. It receives its power from the Roman Pontiff and exercises it within its own essential and innate dependence on the Pontiff.”

Father Ghirlanda said that because of this, “Praedicate Evangelium” affirms that “any one of the faithful can preside over a dicastery or other organism [of the Roman Curia], depending on the specific competence, power of governance and functions of these [entities].”

This opens the door to the possibility that baptized lay women and lay men can, in the future, be appointed by the pope as prefect or secretary of dicasteries and other offices of the Roman Curia.

He continued that “this is an important affirmation because it makes clear that the one who heads a dicastery or other organism of the curia does not have the authority [for this role] because of the hierarchical role that he has”—say as a bishop—“but from the power that he receives from the Roman Pontiff and exercises in his name.”

In other words, Father Ghirlanda said, “the power of governance in the church comes not from the sacrament of Orders, but from the canonical mission” given to the person by the legitimate authority in the church.

He said this issue was again discussed in 1981 by the commission that was reforming the code of canon law. The commission decided to retain Canon 129, No. 2, which decrees that “Lay members of the Christian faithful can cooperate in the exercise of this same power” of governance that “exists in the Church by divine institution and is also called the power of jurisdiction.”

The commission also decided to retain a canon that allowed for lay members of the Christian faithful to be judges in church tribunals. Father Ghirlanda recalled that Pope Francis extended this possibility in 2015 when he issued a document “motu proprio” (on his own initiative), “Mitis Judex Dominus Iesus,” which allowed two of the three judges in church tribunals to be lay persons in judging cases of the nullity of marriage.

This significant change in the new constitution of the Roman Curia takes effect on June 5, but it has already sparked much discussion as to which of the 16 dicasteries or the other “organisms” of the Roman Curia could in the future have a lay person as its prefect or secretary. At present, only the Dicastery for Communications has a lay person at its head.

Correction: The last name of Gianfranco Ghirlanda, S.J., was misspelled in the original version of this article.