‘I believe in my faith, not in the hierarchy of men’: Listening to those who have left the Catholic church behind 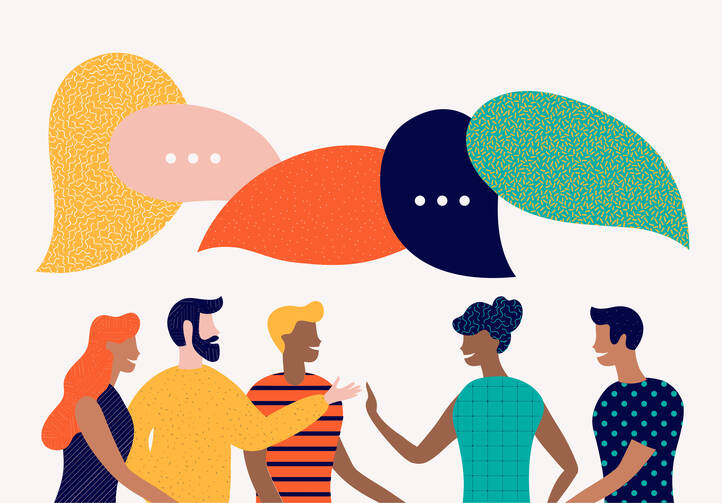 In the February issue of America, the editors argued that the church should face rising religious disaffiliation in the United States by reaching out to those who no longer affiliate with Christianity. The best way to reach these “lost sheep,” the editors wrote, is to involve them in the lead-up to the Synod of Bishops in 2023. The editorial received more than 120 comments online, many of which detailed experiences of feeling abandoned by, or disillusioned with, the institutional church. Many questioned whether the synod would have any influence on the church. To promote a spirit of listening, which is so integral for a synodal church, here are some of those responses:

Without being dramatic, it is a penance for me to attend Mass now. What possible relevance does it have to my life today? I call to mind St. Thérèse of Lisieux, who showed up anyway, fell asleep, swung her legs, got distracted...but knew that God understood. I show up anyway. I endure the lousy music and the sermons that go on and on.

To begin with, do not refer to those who have left the church as “lost sheep.” Use adult language. It is hard to have a meaningful dialogue with others when one is casually dismissed in this condescending manner.

I was delighted when Pope Francis was selected as the successor to former Pope Benedict, because I believed that his leadership might lead to a transformation of the church and its hierarchy. Unfortunately, there seems to be much opposition to such a transformation, particularly within the American church. I believe that the synodal process was designed to facilitate transformation, but little information has been provided to elicit general involvement.

I know—it has been repeatedly demonstrated—that as a single woman I am dismissed and belittled by everyone from my parish pastor to the archdiocese. If I had had a child, even outside of marriage, or even an abortion, more care would be taken of me. I believe in my faith, not in the hierarchy of men.

I was a Catholic for 75 years. In the past year, I have realized that the church that I used to belong to no longer exists in the United States. American bishops have exchanged their moral authority for political authority. They put more faith in the former president than they do in the pope. I used to donate heavily to the church. I now do my best to convince people that donations to the church should not be tax deductible, just like donations to any other political organization.

Personally, as a gay man, I can’t respect myself and be a part of an organized body that argues to the highest court in our land that people like me can be legally fired from our jobs just because I’ve committed the crime of incorrectly existing. Why would I support a body that is actively pushing for policies harmful to my life?

Perhaps the question should not be, “Why do people leave?” but more, “Why should they stay?”

I came back to the church because I found the right parish for someone like me. Years later, I hang on now, because of my loyalty and love of that very parish and those who minister there.

I have always believed that the strength of the church lies in its diversity at the parish level. Whether you are a radical reformist or a pre-Vatican II traditionalist, there is a parish waiting with its support. The fact that the church is open-minded enough to allow for this spectrum speaks well of its governance.

I’m fearful for the success of the synodal process. In my parish there have been two listening sessions. I learned there were 10 people in attendance at the first session and there were 20 at the session I attended. This is a large parish. Why weren’t more parishioners interested?

The people who were in my breakout group all attend Mass regularly and are active in the church. Where were those on the margins?