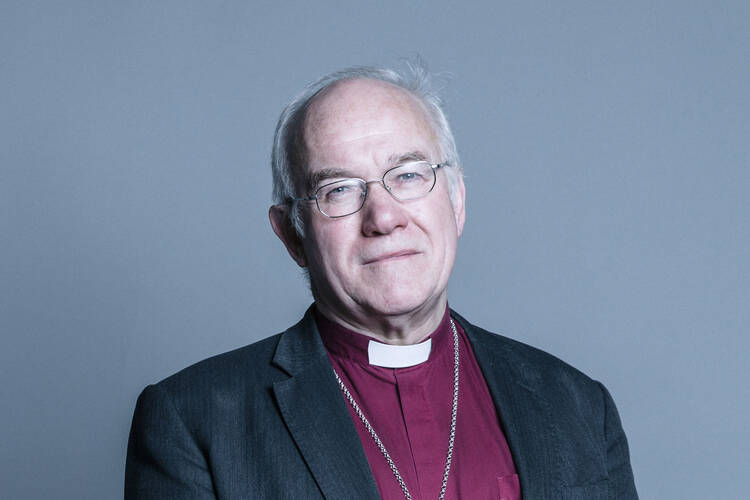 Peter Forster, pictured in his official parliamentary portrait when he was Anglican bishop of Chester, England, was received into the Catholic Church late last year. (Chris McAndrew for U.K. Parliament/Wikimedia Commons)

Peter Forster, 71, is the fourth Anglican bishop to be received into the Catholic faith in less than a year and the fifth to become a Catholic in the past two years.

He served as bishop of Chester for 22 years until his retirement in 2019 and was received into the Catholic Church in the Archdiocese of St. Andrews and Edinburgh, Scotland, where he now lives with his wife, Elizabeth. The private ceremony was understood to have taken place late last year, but Forster did not wish to make his move public.

[Related: What happens when an Anglican bishop becomes Catholic?]

The Church Times, an Anglican newspaper based in London, learned about his decision and ran a story Feb. 4. Forster, when approached by Catholic News Service Feb. 6, declined to comment.

But an “entirely new reconfiguration of spiritual and theological fault lines is developing,” Ashenden said in his Feb. 5 article. He said many other Anglicans are recognizing that “the power and vivacity of lived Catholic tradition has become the antidote to the perversity of progressive political ambition.”

“The flow of Anglican refugees has only just begun,” said Ashenden, who became a Catholic in 2019.

Although Forster was a supporter of women’s ordination, he strongly opposed the redefinition of marriage to include same-sex couples.