I worked at an Amazon warehouse. It taught me about Christmas and being alone. 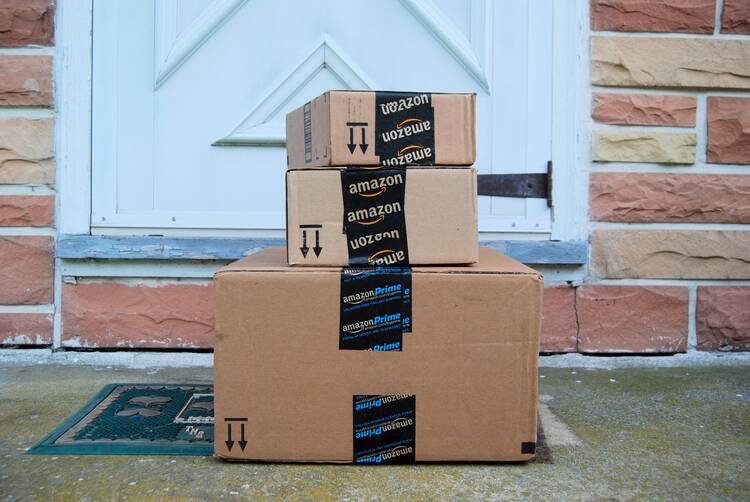 I grew up on the outward edge of Houston’s suburban sprawl. Often the odd one out, I spent summer afternoons outside in the stultifying heat, shooting the basketball. I channeled memories from gym class: the press of defending bodies flying to the basketball, my own hand when it slapped and stung and caught the leather of the other’s shot going up. But for most of my time on the driveway of that deserted street, I was alone.

National Night Out was the only time we really saw our neighbors. And the only time, for me, that I got to use the basketball hoop in our driveway with the kids from two doors down.

The summer heat is gone now, and I have left the Houston suburbs of my youth for the suburbs outside of Dallas. Until recently, I was employed in an Amazon warehouse and traveled into the nowhere zone beyond the airport to pick orders. Amazon has nearly 1.5 million employees, but I still spent most of my days alone.

During one shift this past fall, two hours passed before I greeted somebody I knew. Alone among things I was, as I always have been in Amazon’s warehouse. I saw the shelves filled with goods to warm and clothe the body, crinkling in their individual plastic wrapping. But I barely saw myself, the sole body sifting through the neatly ordered wreck. All around me there were abstractions—signs, radio waves with bits and bytes of data—even bulbs meant to simulate “daylight.” The clothes overfilling my cart would go to somebody, eventually. But for the present—that only precious moment given us—nobody else was there.

At home it is not much better. With one exception, I don’t know my neighbors’ names. I know the mail carrier, but I have never met my Amazon co-workers who take the boxes from our warehouse to my door. I do not yet know my roommates well.

Thousands of disconnected people work in the background, in order to deliver packages that are supposed to make us feel somehow more connected. But in Nazareth, 2,000 years and thousands more miles away from the Amazon buying frenzy, no delivery vans or data networks were needed in order for a communion to be formed.

The door of one woman’s heart was open: Mary, a girl of about 14. She “conceived through her ear” on Annunciation day, as the Fathers say. An odd phrase, but one that calls us to remember that a listening ear is so often the door by which God enters. A living, growing body—a little baby boy—who was to nestle in her womb.

During one shift this past fall, two hours passed before I greeted somebody I knew.

God’s messenger brought Mary the person of Christ himself. She received willingly, and another communion formed: the Most High God, the mother, and the child: one who came to live with us, to give to us and to receive from us, to die with us and to rise with us in glory. Jesus, the Christ, God’s own beloved: the one with whom we are not alone, who tells us not to be afraid.

I am tempted to be alone this Christmas: to step out onto my porch on a deserted street, picking up boxes stamped with a smile that only deepens my lonely frown. I am tempted to despair at the fact that I don’t know the person who brought the boxes, much less whether or not she also has a smile on her face. I will know I’m provided for; I can’t say I won’t feel alone.

But if Advent and Christmas teach us anything it is that there is light that follows darkness. Maybe I’ll be the guy who throws together a National Night Out when the weather warms up again. In time, I may get to know the people who live near me—beginning with my roommates. I may find out where the park that everyone is talking about actually is and go there with a newfound friend. A body next to my body—a person-to-person encounter. Where two or more are gathered, wanting not to be alone, Christ gathers with us and prays: that they may all be one, as you, Father, are in me and I in you….

We, who wait for Christ’s second coming, groan in hope that his first promise to us will be fulfilled. It hurts, bodily, to be alone—and alone we must be sometimes until we come, body and soul, into heaven. Yet Emmanuel, whose very name is God-with-us, promises this: He touches us this Christmas, calling us to the Eucharist, crying out, “Come eat of my very body!”

And when Christ receives us at the end, as we received him in the beginning, worlds will touch. Divisions will be healed. Our isolation will dissolve. Yes. Come in. Come, Lord Jesus. 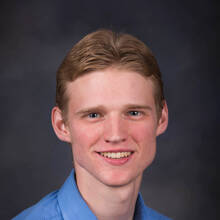 John T. Knowles is a writer at the intersection of faith and culture. He is proudly Jesuit-educated and lives in Irving, Tex.