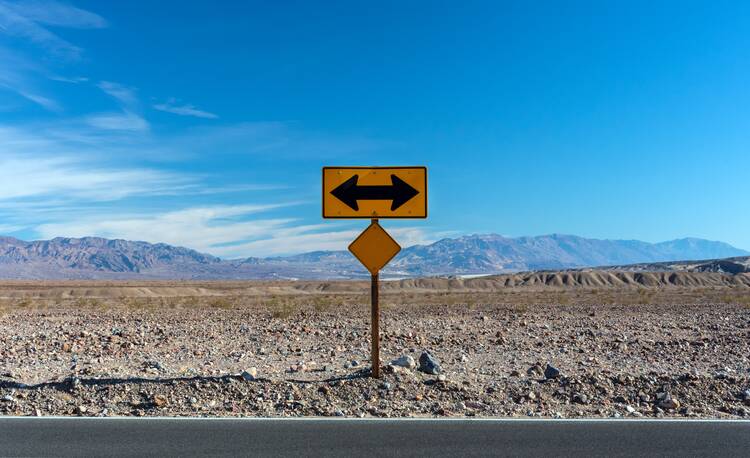 Photo by Rosie Steggles on Unsplash

A Reflection for Monday of the Fourth Week of Advent

I had been “in discernment” about a Jesuit vocation for nearly five years, through most of college and a couple of years after, before I officially contacted the vocations director and began the path that would lead to me applying and entering the novitiate. There was not any one cause for my slow discernment. It’s just that I hadn’t taken any particular opportunity to do anything that could have furthered the process—and there were plenty. I was praying, I had a spiritual director, but I was kind of on a discernment hamster wheel: movement, but no forward motion.

The first reading today is Isaiah’s prophecy to Ahaz, foretelling the birth of a child to be called Emmanuel, meaning “God with us.” But—and this is the drama of the first reading, though it’s easy to miss it—Ahaz doesn’t want to ask for the sign. His initial response to God telling him to ask is to say: “I will not ask! I will not tempt the Lord!”

Ordinarily, this not-tempting-God approach would be sound advice. It seems nearly identical to Jesus’ response to Satan in the wilderness, “You shall not test the Lord, your God”—itself quoting Moses’ admonition to the Israelites from Deuteronomy. And that seems to be the very essence of faith given as grace: to believe in something not seen without relying on signs or proof for its validation.

And yet here it’s the refusal to ask for a sign that makes Isaiah (and apparently God) frustrated with Ahaz: “Is it not enough for you to weary human beings? Must you also weary my God?”

But there’s a richer reading possible when you consider Ahaz’s response to God and Isaiah in light of Mary’s response to Gabriel in today’s Gospel. Mary asks Gabriel what’s going on and how this can be, and is told, “The Holy Spirit will come upon you, and the power of the Most High will overshadow you.” And that’s exactly what she says yes to.

Mary engages with her unexpected experience of God’s will upending her life, in contrast to Ahaz, who seems to be trying to get God to leave him alone and go back to normal. And it’s Mary’s questions, just as much as her “Let it be done to me,” that are crucial to God’s unfolding plan.

It’s Mary’s questions, just as much as her “Let it be done to me,” that are crucial to God’s unfolding plan.

In Lent of 2003, I was thinking about what to give up and vaguely poking the “discernment question” the way you might wiggle a loose tooth with your tongue. I was working at the time as a software developer and spending a lot of time volunteering in ministry. What I heard from God that Lent was, “You know, you don’t have to minister part-time.” That Lent, I was finally willing to ask God what that meant, to ask if that had been the sign I was waiting for while not quite admitting that I was waiting. A little over a year later, I was in the novitiate.

“Ask for a sign”: not as some kind of ultimatum for God to prove that he’s trustworthy, but the way Mary does, in order to begin saying yes to what God will do. Ask for a sign as a way of embracing the deeper joy that God is calling you toward.

Or to put this in terms of Advent as a season of waiting and hope: Ask for a sign to grow closer to what—and whom—you’re waiting for.

Get to know Sam Sawyer, S.J., senior editor and director of digital strategy

“Come Thou Fount of Every Blessing”

Our family, led by my mom, made enough Christmas cookies and fruitcakes to put entire bakeries to shame. On the weekend after Thanksgiving, we’d take over the entire dining room table to make up tins of cookies that were Christmas gifts to everyone we knew.

We call them “Birds’ Nests” — thumbprint cookies rolled in chopped walnuts and filled with jam.

“Pope Francis told bishops to shepherd pro-choice politicians ‘with God’s style.’ What does that mean in practice?” 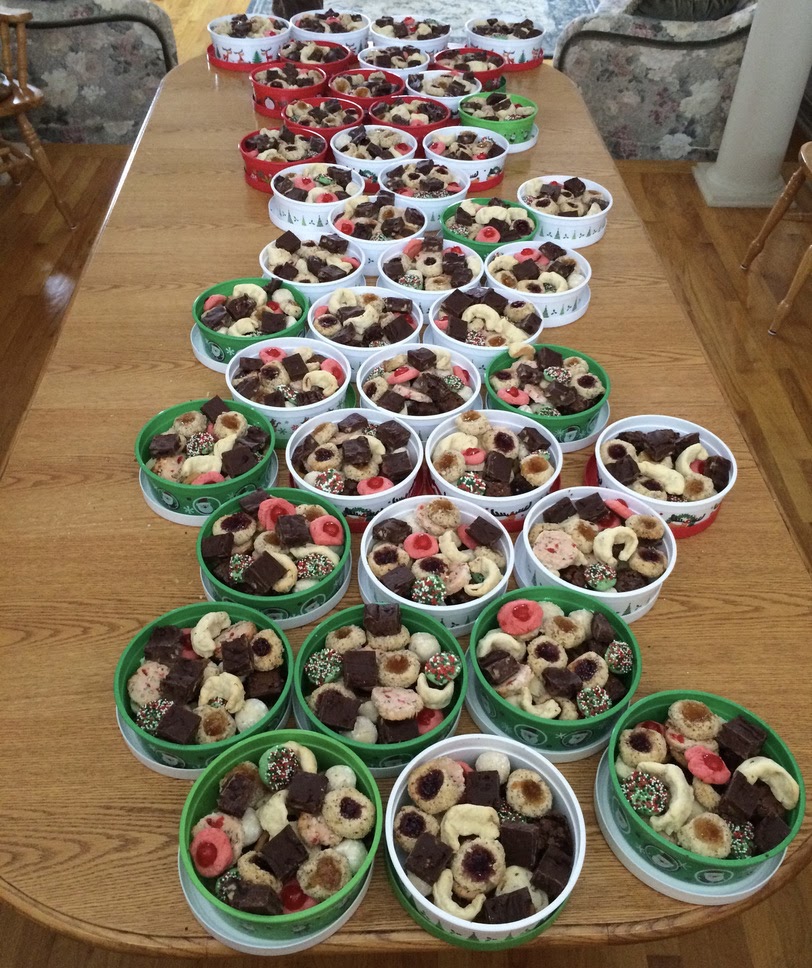