Archbishop Coakley of Oklahoma City: A culture of life means an end to the death penalty 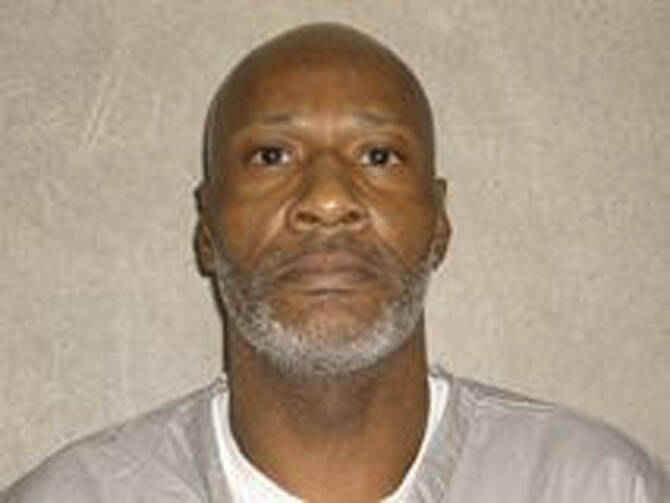 Oklahoma ended a six-year moratorium on executions Thursday, administering the death penalty on John Marion Grant who convulsed and vomited as he was executed for the 1998 slaying of a prison cafeteria worker. (Oklahoma Department of Corrections via AP)

If we mean to build a culture of life, we must commit anew to emptying death row and abolishing capital punishment.

We are at a crossroads in the United States as we wrestle with the question of inherent human dignity—born and unborn, innocent and guilty, young and old, well and infirm. Amid the perennial debate over abortion and euthanasia, the use of the death penalty is often overlooked as a life issue.

The death penalty is an immoral and antiquated method of addressing serious crimes, and its use in the United States is irreparably broken. The church recognizes the grave harm done to victims and the need for healing and justice. It also understands that executions only perpetuate cycles of violence and often provide no measure of healing for families.

The death penalty is an immoral and antiquated method of addressing serious crimes, and its use in the United States is irreparably broken.

Capital punishment has faded more and more into obscurity over the decades, both in the United States and in the world at large. A majority of states have distanced themselves from the death penalty, with 23 having fully outlawed the practice and 13 others having gone 10 or more years without an execution.

In my home state of Oklahoma, Gov. Kevin Stitt detailed earlier this year why our criminal justice rubric ought to dictate that we imprison people because “we’re afraid of them, not because we’re mad at them.” But one wonders—as state officials in Oklahoma and in other mostly Southern states rush to execute inmates on death row—whether a determination not to be guided by anger should be applied to the death penalty as well.

The Catholic Church teaches that each person is born with inherent God-given dignity that we never forfeit. Rooted in this belief, the church regards capital punishment as a fundamental life issue and deems it inadmissible in all cases, especially when other means are available to hold criminals accountable.

Should a system of such moral gravity be allowed to operate with this gross imprecision?

Beyond moral considerations, there are compelling practical arguments against the death penalty. The system of capital punishment is riddled with flaws, including alarming wrongful conviction rates, widespread racial bias, arbitrariness and a proclivity for targeting vulnerable populations such as people with intellectual disabilities and severe mental illness.

It is worth considering the numbers.

Since 1973, at least 186 death row inmates have been exonerated, and for every nine inmates executed, at least one person on death row is ultimately found to be innocent. Should a system of such moral gravity be allowed to operate with this gross imprecision?

Further, numerous studies have demonstrated that rampant racial bias occurs in capital cases, with a staggering 25 percent of inmates on death row represented by an attorney who was later disbarred, suspended, reprimanded or arrested. The inability for poor and minority defendants to afford competent defense counsel is one of the greatest injustices in the criminal justice system.

[Related: Pope Francis has shown the U.S. a new path for ending the death penalty—for good.]

On the practical application of the death penalty, holding an inmate on death row costs taxpayers nine times more than incarcerating a prisoner for life. Due to the lengthy appeals process and the need for additional trial phases unique to capital cases, states with the death penalty spend tens of millions more annually just to meet statutory requirements for death row inmates.

Finally, a vast majority of criminology experts argue that the death penalty offers zero deterrence from crime. In fact, police chiefs across the country in a 2009 poll ranked the death penalty as the least effective tool in reducing violent crime.

If we strip away these most oft-cited defenses for capital punishment, what we are left with is a single motivation for the government killing of human beings: retribution. This demands that we ask ourselves whether executing people on death row is truly a matter of public safety or merely a state-sanctioned tool for exacting the public’s demand for revenge.

There is little doubt that society has moved past the need for the death penalty. Catholic teaching maintains there are ways to protect society and hold individuals accountable for grave harm caused that does not deprive the guilty of the possibility for redemption.

The burdens of trauma and violence weigh heavily on our country and world these days; this is our opportunity to reject a culture of death and build up a culture of life.

Paul S. Coakley is the archbishop of the Archdiocese of Oklahoma City.