Vaccine mandates are coming. Catholics have no moral reason to oppose them. 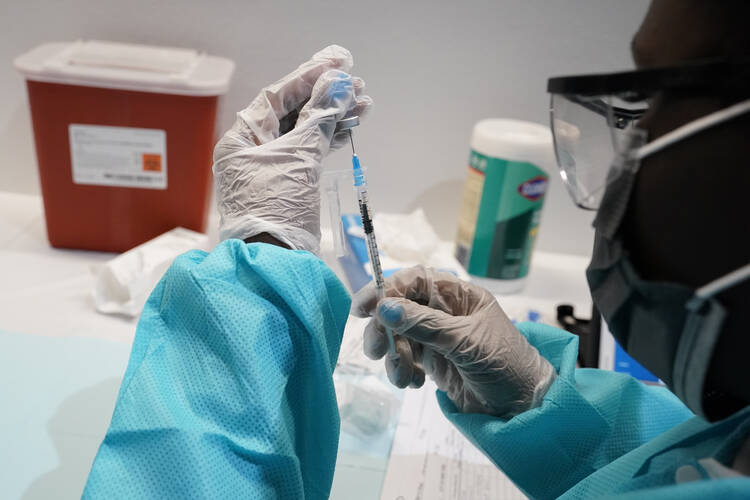 Do Catholics have a moral reason to object to receiving any of the currently available F.D.A.-authorized Covid-19 vaccines? The short answer is no.

The question remains relevant because the Catholic Medical Association and the National Catholic Bioethics Center have recently issued statements, which have apparently influenced a recent statement by the bishops of Colorado, contending that any governmental or institutional mandates for individuals to be vaccinated for Covid-19 ought to include conscience exemptions for Catholics and others who have moral objections to receiving such vaccines due to their connection—in either production or testing—to immortalized cell lines produced from aborted fetal tissue.

The C.M.A. and N.C.B.C. both also contend, citing a December 2020 statement from the Congregation for the Doctrine of the Faith, that “vaccination is not, as a rule, a moral obligation and that, therefore, it must be voluntary.” The C.M.A. statement further cites the U.S. bishops’ Ethical and Religious Directives for Catholic Health Care Services, making the point that individuals must make a decision about the relative benefit of any given medical intervention.

But as the C.D.F. makes clear in its statement, “it is morally acceptable to receive Covid-19 vaccines that have used cell lines from aborted fetuses in their research and production process.” This position has been affirmed by the U.S.C.C.B. and prominent pro-life Catholic scholars. Why, then, do the C.M.A. and N.C.B.C. contend that Catholics ought to have the freedom to exempt themselves from vaccine mandates for reasons of conscience? In fact, if a Catholic decides that it would be wrong to receive a Covid-19 vaccine, they are in opposition to the church’s magisterial determination that receiving the vaccine is not only morally acceptable, but also, according to Pope Francis, constitutes a moral obligation in order to protect one’s own health and safeguard the common good. Hence, the Archdiocese of New York recently instructed its priests not to grant religious exemptions for Covid-19 vaccines.

Receiving the vaccine is not only morally acceptable, but also, according to Pope Francis, constitutes a moral obligation in order to protect one’s own health and safeguard the common good.

Pope Francis’ assertion may seem to run afoul of the C.D.F.’s statement that vaccination “must be voluntary.” But these two claims can be reconciled by distinguishing one’s personal moral obligation from governmental or institutional compulsion. This distinction would be in line with the C.M.A. and N.C.B.C.’s collective position against vaccine mandates.

We must ask what the legitimate role of governmental and institutional authorities are with respect to addressing matters of public health. Typical ethical assertions, in both Catholic and secular arenas, of the primacy of respect for individual autonomy were initially developed and are usually applied in the context of clinical or research encounters: The goal is to protect individual patients and research participants against unwanted or harmful interventions by physicians and researchers. Public health interventions, on the other hand, operate by a complementary but distinct set of ethical principles, in which respect for individual autonomy is attenuated by the moral imperative to protect others from harm. With respect to Covid-19, the epidemiological data clearly demonstrates that the recent rise in infections and deaths, as well as the mutation of the virus into new and more dangerous variants, is correlated with lower levels of vaccination within a population.

Catholic individuals who object to a vaccine mandate and seek an exemption are exhibiting scrupulosity: the unreasonable fear that they are committing a sin when they are not.

Choosing not to be vaccinated, unless one has a legitimate medical reason, violates the foundational harm principle of public health ethics. The principle of least restrictive means calls for governmental and institutional authorities to utilize measures to reduce or eliminate harm to others that impinge least on individual autonomy. Hence, the first steps to be taken are to educate the public about the virus and the available vaccines, and then to encourage everyone to be vaccinated when it is available to them. As we have seen in states where such education and encouragement have been less effective, the threat of harm to others by unvaccinated persons is well-demonstrated.

St. Thomas Aquinas defines “law” as “an ordinance of reason for the common good, made by him who has care of the community, and promulgated.” He applies this definition to civil laws made by appropriate authorities, utilizing prudential reason to craft ordinances that serve the common good. As with many Catholic health care and educational institutions, my own university has announced a requirement for all students, faculty and staff who will be on campus this fall to be vaccinated against Covid-19, while allowing individuals to apply for medical or religious/moral exemptions. This promulgated policy has been made by legitimate institutional authorities, having reasoned through the relevant epidemiological evidence and followed the moral guidance of the church’s magisterium with regard to the liceity of the currently authorized vaccines, to serve the common good of our campus and surrounding local community.

Individuals who object to such a mandate and seek an exemption, due to moral qualms that have already been addressed by the church’s highest magisterial authorities, are exhibiting scrupulosity: the unreasonable fear that they are committing a sin when they are not. While, according to Aquinas and as the church continues to teach, every individual should follow their conscience, even if their conscience is in error, doing so does not excuse one’s subsequent behavior if one’s conscience is misinformed by voluntary ignorance.

In the present case, as the ethicists Jackie Turvey Tait and Tobias Winright also point out, voluntary ignorance concerning scientific facts about Covid-19 vaccines (which should allay any reasonable concerns about their safety and efficacy), or concerning the church’s magisterial teaching regarding their moral liceity and the moral imperative to be vaccinated for the sake of the common good, does not excuse one’s exercise of a misinformed conscience. Governmental and institutional authorities, exercising their rationally informed conscientious duty to safeguard the common good, are not obligated to respect the misinformed consciences of individuals who refuse a demonstrably beneficial vaccine when their refusal threatens to impose excessive risks and burdens on not only themselves but their community. 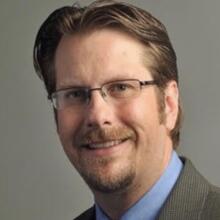 Jason T. Eberl, Ph.D., is a professor of health care ethics and philosophy and director of the Albert Gnaegi Center for Health Care Ethics at Saint Louis University. He is the editor of Contemporary Controversies in Catholic Bioethics (Springer, 2017).