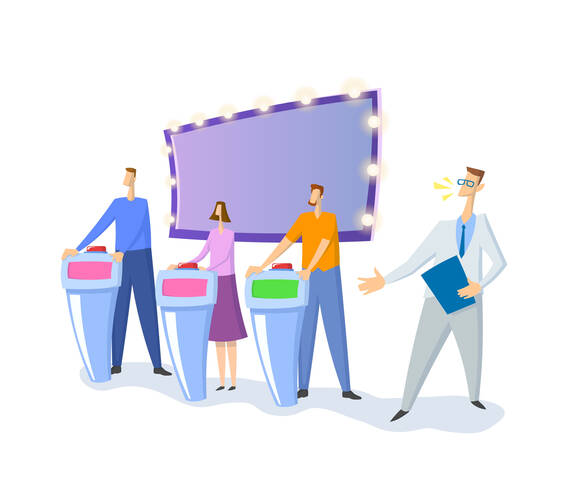 Welcome back to “America Jeopardy!”, our annual beach-reading homage to the popular game show and everybody’s favorite Catholic magazine. The game is played like the real “Jeopardy!” except that you’ll have to log on to our website for the answers, er, questions. You can find those at www.americamagazine.org/jeopardy2021. And while you’re there, be sure to check out all the amazing digital-only content that is included with your subscription. Good luck!

1. The 35th (and first Catholic) president of the United States, John F. Kennedy, and the grandmother of the present editor in chief of America were both communicants of a parish in Hyannis, Mass., whose patron saint is this great 16th-century Jesuit missionary to the East.

2. John Wynne, S.J., the founder of America, opened the magazine’s first office in 1909 at this famous Manhattan landmark, where the main campus of New York University is located today.

3. The late Cokie Roberts, who was an award-winning journalist and a subscriber and contributor to America, was a close friend of Tania Tetlow, who is the current president of this Jesuit institution located in the Deep South.

4. Joseph A. Califano Jr., a former member of the board of directors of America, served as the principal domestic advisor to this larger-than-life man, whose daughter converted to Catholicism and attended the Georgetown University School of Nursing.

5. Ethel Kennedy, a longtime America subscriber, graduated from the Convent of the Sacred Heart in New York City, whose alumnae include this famous woman, who was the mother of CNN’s Anderson Cooper.

7. The father of John LaFarge, S.J., fifth editor in chief, was a famous American glass artist. His grave is located in Green-Wood Cemetery in Brooklyn, not far from the grave of the first wife of this man, who served as the 26th president of the United States.

8. In 1954 Leonard Feeney, S.J., who published frequently in America, was excommunicated for refusing to accept the church’s more nuanced understanding of this controversial dogma regarding salvation.

9. This occasional contributor to America was born in Bavaria on Holy Saturday, 1927.

10. Robert Hartnett, S.J., who served as sixth editor in chief, is one of two previous editors in chief who trained as political scientists. The second is this man, who was editor in chief from 1998 to 2005.

11. Robert I. Gannon, S.J., a frequent contributor to America and a president of Fordham University, delivered the eulogy for this famous American prelate at Saint Patrick’s Cathedral in 1967.

13. This man, one of only two people to serve as vice president without having been elected to that office, wrote to congratulate America on the occasion of its 50th anniversary in 1959.

14. For 50 years, the editorial offices of America were located on the Upper West Side of Manhattan. This man, who was president of nearby Columbia University, once visited. Later, he was president of something larger.

15. America’s current headquarters in New York City is across the street from the headquarters of the media empire founded by this controversial figure, who was knighted by Pope John Paul II in 1998.

16. This graduate of Xavier University in Cincinnati, who served as a U.S. Representative from Ohio from 1991 to 2018, was featured in a 2019 America cover story.

17. This man, who represented Georgia’s Fifth Congressional District from 1987 to 2020, visited America’s headquarters in 1965 in order to attend an important civil rights conference on behalf of the Student Nonviolent Coordinating Committee.

18. In 2007,  America sent to the printer a cover that asked whether this former British prime minister was about to become a Catholic. When he announced the very next day that he was going to do so, America had to stop the presses.

19. Earlier in his career, Traug Keller, current executive vice president of America Media, helped to sign this famous broadcaster to the ABC Radio Network. (And now you know the rest of the story.)

20. This man, the 14th editor in chief, has a left foot that is nearly two sizes smaller than his right. Unfortunately, it’s usually the right one that he’s putting in his mouth.