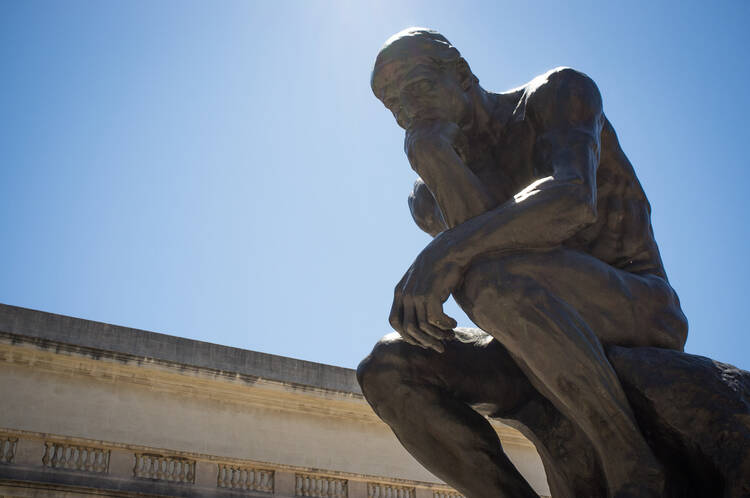 Since Donald J. Trump first came onto the political scene, I have thought a lot about the philosopher-kings of Plato’s Republic. In a climate of norm-breaking politicians, increasing polarization and distrust, and rising despair about the lack of productive political discourse, it is easy to wish our own leaders were more like Plato’s wise, magnanimous rulers, who selflessly promote the ideal city’s collective flourishing.

Mr. Trump is no longer in the White House but our desire for wise leaders is more acute after a divisive election and a violent insurrection at our nation’s capital. Plato’s cautionary tale about the fall of democracy is newly chilling. In Plato’s account, a strong man who promises to fight for the people is chosen democratically but his untethered desires usher in a swift slide to tyranny. For Plato, to avoid this unhappy end, we need benevolent, virtuous rulers who are ruled by reason rather than their irrational desires. In other words, we need philosopher-kings.

Some may have hoped President Joseph R. Biden Jr., would be the virtuous, reasonable leader suited to address our divisions. But, as much as we may want a figure to bring us together, the incentives and obstacles that constrain politicians make it impossible (and undemocratic) to expect even the most magnanimous leader to right this ship. Were we to have a whole Congress of such leaders, which clearly we do not, they would still struggle to steer us back on course.

What if Plato is right about the importance of the philosopher for the flourishing city and wrong about the role she or he should occupy there?

But what if Plato is right about the importance of the philosopher for the flourishing city and wrong about the role she or he should occupy there? What if instead of a few philosopher-kings magnanimously steering the unruly mob, we focused on building a democracy full of philosopher folks? These folks could grow in the virtues that philosophers value and, as they do, demand better of their democratically elected leaders. Folks who expect transparency, who demand truth, who ask curious questions, and who recognize the limitations of their knowledge and the limitations of their leaders could ensure better engagement from the bottom up. What a departure this would be from the politics of fear, disinformation and propaganda peddled from the top down.

I have begun to see this as a real option—the only option, in fact—for two reasons. First, building up philosopher folks provides some sense of hope that our collective, democratic future might be better than our present. Second, I have seen evidence that this is possible play out among students in my course, “Dialogue and Civil Discourse.”

What do I mean by philosopher folks? In its ancient sense, embodied in Western thought by Socrates, Plato, Aristotle and the Hellenistic philosophers, philosophy is a kind of training for living well. On this model, philosophers engage in exercises to grow in the virtues requisite for human flourishing. Virtues refer to the habits, attitudes and dispositions that make one the kind of person one is. We do virtuous things because of who we are.

There are several virtues that are preconditions for productive political engagement: intellectual humility, attention, curiosity and empathy.

Various traditions prioritize different moral and intellectual virtues, and contemporary virtue ethicists might quibble with my general use of the term here. But there are several virtues, I believe, that are preconditions for productive political engagement and therefore imperative for philosopher folks to develop: intellectual humility, attention, curiosity and empathy. These virtues are required for being a clear thinker, a good knower and an engaged participant in a democracy.

So what is the value of these particular virtues for our democracy? Take intellectual humility as an example. When I practice intellectual humility, I start from the assumption that I do not know everything, and my own views could benefit from being tested for clarity and consistency. Once I realize this, every engagement is an opportunity to learn more about the strengths and weaknesses of my own views.

Think about attention. When I offer attention, I am sensitive to the context and goal of my conversation, and to both my own well-being and the well-being of the other involved. I avoid engagement with bad-faith internet trolls and save my energy for those who are open to learn. I approach a conversation with the goal to understand rather than to persuade, thereby creating a more productive engagement.

Or consider curiosity. If dialogue with others is an opportunity to learn, I will be motivated by curiosity rather than defensiveness. When I am truly curious, I will ask good questions and wait to understand the reply. While defensiveness short-circuits engagement, curiosity drives it.

If philosopher folks commit to growing in these virtues essential for good engagement, we can imagine a future better than the present, in which polarization does not automatically short-circuit productive engagement. After all, these virtues are not the provenance of the political right or left. Rather, any minimally decent person should strive to embody them.

After the 2016 election, I heard from a number of students about their struggles to have conversations about political issues with families and friends. In one class right after the election, a student wished aloud for a class devoted to helping students have productive dialogue about controversial issues. The students in that class and I brainstormed what this might look like. The following year, my course on dialogue and civil discourse began. Now, each semester, approximately 20 students come together from across the political spectrum (over the four years, about 50 percent have identified as politically left of center; 25 percent as right of center; 25 percent as moderate or other) to discuss a host of neuralgic issues, including gun rights and regulations, abortion, free speech on campus, kneeling for the national anthem, immigration, cancel culture and environmental policy.

We use philosophical tools to identify and evaluate arguments from across the spectrum, working collaboratively to uncover conflicting primary assumptions.

We agree as a class that rather than aiming to change minds; we work to develop in and among ourselves the virtues mentioned above and see what happens. We use philosophical tools to identify and evaluate arguments from across the spectrum, working collaboratively to uncover conflicting primary assumptions. We do not set out to find “common ground;” but we do develop listening skills, reject personal attacks and use quality sources and verifiable facts to support our positions.

Down with Zoom school! Up with mystics! The case for the contemplative classroom
Geoffrey Watson

The results have exceeded my wildest expectations. Students with radically different views work together to practice the virtues we emphasized. While most students do not report a radical shift in their views, they do note an increase in attention, empathy, curiosity and intellectual humility. A Trump supporter wrote that while she supported the president, she could now understand how some were hurt by his actions. A progressive student came to realize many in her progressive social media feed did not make arguments, because they believed their views to be self-evident. She now saw this as a failing and wanted to come up with better arguments for the views she held. A conservative student noted how talking with students whose parents had immigrated enriched her understanding of the immigrant experience. A liberal student remarked that her stereotypes about Trump supporters had been formed in the absence of actually having met any, something she now found regrettable.

These are only a few examples that show how foregrounding virtues helps our class discuss polarizing views with civility, something many consider impossible in this era. Together in our class, we build ourselves into philosopher folks—ordinary, engaged citizens who grow in the virtues necessary for pursuing the common good together. If this sort of commitment to philosophical transformation, in its ancient form, could be pursued on a wider scale; it would create a natural obstacle to the illiberal and undemocratic forces that thrive on misinformation, villainization, propaganda and fear. If this is possible, I would be the first to say: “Let us forget the philosopher-kings; I would much rather have a society of philosopher folks.” 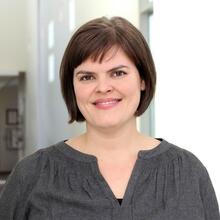 Megan Halteman Zwart is associate professor and chair of the department of philosophy at Saint Mary’s College, Notre Dame, Ind. She is also founder and director of The Dialogue Project at Saint Mary’s, a collection of programs that facilitate dialogue across difference.