Political compromise in a democracy is not a moral evil 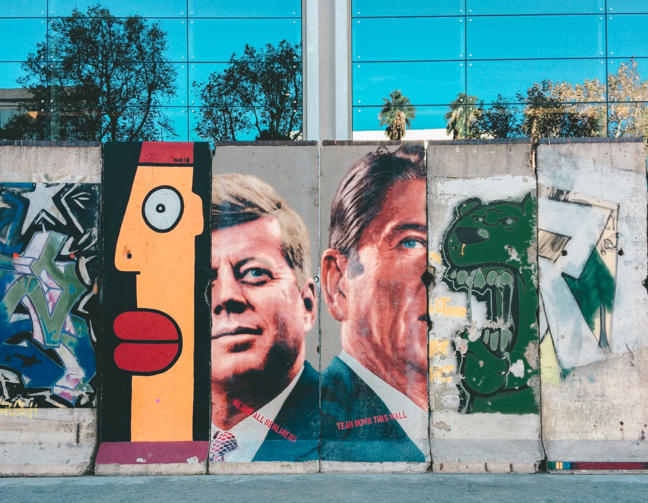 Photo by Isai Ramos on Unsplash

A Reflection for the Thirteenth Sunday in Ordinary Time

I killed a rabbit. Last Sunday, as I was driving a county road to early Mass. I swerved, but it had shot out from the roadside growth as though aiming for my car wheels. The sound of the body hitting the tires still oppresses me.

I am convinced that Kansas turtledoves cannot hear approaching cars as well as other birds. I honk to let them know I am coming. Who knows how many rats died all those years I traveled by subway in New York City? But rats are not rabbits, and I did not see or hear them die. Each time I kill an animal, I regret driving, regret modern life itself. I know we cannot return to a more primitive way of life and that all sorts of animals are regularly killed on my behalf, but normally I am quite distanced from their deaths.

If we drove slower, fewer animals and, most important, fewer people would die. Almost none would, if cars and other vehicles did not go faster than horse drawn wagons. I continue to drive, and I still feel doleful about killing that rabbit. Its death reminds me that I constantly prioritize among values. We all do. We try to maximize the good and minimize the evil, but we cannot live in such a way as to stack all positive values on one side, far removed from all disvalues.

Human life is intrinsically valuable, but what fosters life can never be completely distilled from what assails it.

Nor can we completely monitor, much less control, the consequences of our choices. In becoming God among us, even the Lord Jesus submitted to this human reality. He intended to heal one person, the daughter of the synagogue official who asked this of him. He healed two. On the way there, a woman afflicted with a hemorrhage touched him and was cured.

“God did not make death, nor does he rejoice in the destruction of the living” (Wis 1:13). Human life is intrinsically valuable, but what fosters life can never be completely distilled from what assails it. Automobiles enhance our lives; they save lives; and they also take lives. The moral imperative is that we cannot directly assail human life as though it were a negotiable value. That is why abortion is an intrinsic and grave evil.

Already in St. Paul’s letters, the church, like every society before her, employed excommunication. Those who assail the very life of the community are exiled from it, not in animus toward them but as an act of communal self-preservation. The church has a right and a duty to define who she is by setting boundaries: “This is life in the Lord. What you do, threatens life in the Lord, for you and for others.” Eucharist is not an object to be claimed or denied. It is an efficacious sign of our common union in Christ.

Eucharist is not an object to be claimed or denied. It is an efficacious sign of our common union in Christ.

So, when the Catholic Church tells one who has chosen, aided or performed an abortion that conversion and reconciliation must precede readmittance to holy Communion, she does today what she already did in the New Testament. The church correctly and faithfully denies Communion, the great sign of her fellowship in Christ, to those who continue to perform abortions or who continue to promote abortions as morally neutral or even valuable.

But what of those politicians who support legal access to abortion? There is an essential difference between performing an abortion and refusing, for many reasons, to legislate against legal abortion at this moment, in this society. The difference is the value we call democracy.

Those who embrace democracy must also accept its moral consequences. Democracies are slow-moving vehicles of change. Everyone waits while others discern. Always attending consensus, whatever they do, good or evil, democracies do it slowly. They deliberately plod.

Democratic compromise is not a moral evil. And democratic leaders, charged to seek it, are not public sinners. Neither should be combatted with excommunication.

Totalitarian governments, in contrast, are perfervid in every pursuit. They place no limits on how the good is pursued or evil punished. But the problem with every government is its inability to know which is which. Governments do not have consciences. Governments do not make moral decisions. Only humans do. That is why totalitarian governments are themselves immoral. They do not give humanity sufficient time and opportunity to choose good and reject evil.

Democracies cannot take a dead aim at the devil. Why not? Because he has the votes. In a democracy, we must compromise with Lucifer himself because that is better than being ruled by his frenzied demons. Abortion, racism, ignoring the poor and the refugee, refusing to care for the sick—these are grave evils. Right is right, and wrong is wrong. The grace the church preaches and portions tells us which is which. But in a democracy, the church must teach her flock, bide her time and wait for consensus to grow.

All leaders negotiate between values. Someone must, even in the church. In democracies, leaders must be politicians, those who appeal to the polis, who win people over. To join, and especially to lead, a political party—any political party—is always to compromise on moral progress. Democratic compromise is not a moral evil. And democratic leaders, charged to seek it, are not public sinners. They should not be combatted with excommunication.