U.S. Catholics asked to pray for the bishops as Communion document is drafted 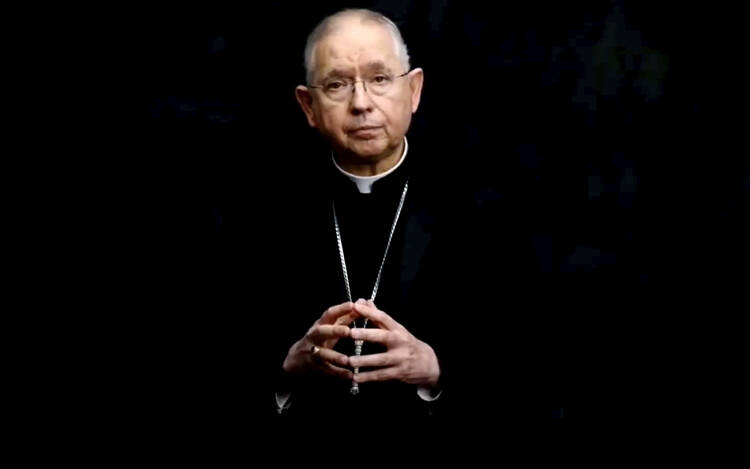 WASHINGTON (CNS) -- The president of the U.S. Conference of Catholic Bishops has asked the nation’s Catholics to pray for him and his brother bishops “as we continue our dialogues and reflections” in the process of drafting a document on the “meaning of the Eucharist in the life of the church.”

“I pray that this will be a time for all of us in the church to reflect on our own faith and readiness to receive our Lord in the holy Eucharist,” Los Angeles Archbishop José H. Gomez said in a statement released late June 21.

During their virtual spring general assembly June 16-18, the bishops approved in a 168-55 vote, with six abstentions, the drafting of this document. The vote followed a lengthy debate June 17 and the results were announced the following day.

The USCCB’s Committee on Doctrine will draft it and present the document for discussion when the bishops reconvene in person in November for their fall general assembly.

“I pray that this will be a time for all of us in the church to reflect on our own faith and readiness to receive our Lord in the holy Eucharist,” Los Angeles Archbishop José H. Gomez said.

“My brother bishops and I voted overwhelmingly to issue a teaching document on the beauty and power of the Eucharist,” Archbishop Gomez said.

As the committee begins drafting it, “in the months ahead the bishops will continue our prayer and discernment through a series of regional meetings and consultations,” he said, noting they’ll discuss the draft at their fall meeting.

“The Eucharist is the heart of the church and the heart of our lives as Catholics,” he said. “In the holy Eucharist, Jesus Christ himself draws near to each one of us personally and gathers us together as one family of God and one body of Christ.”

“As bishops, our desire is to deepen our people’s awareness of this great mystery of faith, and to awaken their amazement at this divine gift, in which we have communion with the living God,” Archbishop Gomez added. “That is our pastoral purpose in writing this document.”

“As bishops, our desire is to deepen our people’s awareness of this great mystery of faith, and to awaken their amazement at this divine gift, in which we have communion with the living God,” Archbishop Gomez added.

Before they voted, debate lasted for over two hours, and 43 bishops expressed differing views about drafting such a document. Some stressed the document was necessary to provide clarity about the significance of the Eucharist, while others questioned its timing and if it could be perceived as fracturing the unity of a church already faced with numerous challenges.

Although the bishops reached no consensus during the discussion, most of those who spoke during the comments’ session welcomed the idea of strengthening teaching about the Eucharist.

As proposed, each part includes three topics that would be addressed including, respectively, the real presence of the body and blood of Christ in Communion; unity, beauty and identity as the “fount and apex of the whole Christian life”; and moral transformation, eucharistic consistency and missionary discipleship.

Bishop Rhoades said this was developed in light of the decline in Catholics’ belief in the Real Presence in the Eucharist as well as the long absences from regular Mass attendance, which may have led to people placing less significance on the Eucharist in their lives.

He also said the document was never intended to present national norms for the reception of the Eucharist, but to serve as a teaching tool for Catholics about the reception of holy Communion as a grace-filled gift.

1
The 12 things pro-lifers must do if Roe v. Wade is overturned
Holly Taylor Coolman
2
A priest ordained in 2017 is now serving a life sentence for sex abuse. How did he slip through the cracks?
Kevin Clarke
3
An unprecedented gathering in Latin America is putting Pope Francis’ vision for the church into action
Inside the Vatican
4
‘Getting nasty emails is not new’: Jesuit high school president isn’t backing down from a controversial vaccine mandate
Lauren Gilger
5
How the 465-year-old arm of St. Francis Xavier brought faith and healing to Canada
John O’Brien, S.J.