How race influences our Catholicism—whether we know it or not 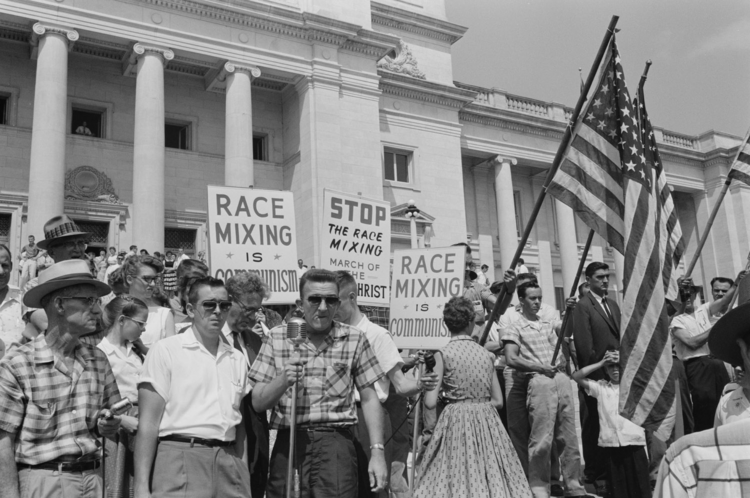 It is necessary today, in an ever more secular society, to recall the vital role that faith communities have played in elevating the poor and marginalized throughout the history of our nation. We Catholics, in our time, take pride that the Catholic Church through its social services, like Catholic Charities, is the largest provider of social services after the federal government. These communities have been a source of hope, help and healing for the needy and broken. It is a noble mission to lift up the last, the least and the lost in our midst.

It is all too easy, however, to forget or disregard another side of that history: the fact that very few individual white Catholics, for example, supported the struggles for racial justice and equality. The white Catholics who did were exceptions rather than the rule.

Today it is in vogue to talk about the role faith communities played in the fight against slavery and segregation. All of us like to associate ourselves with the faith and courage of the abolitionists and civil rights activists.

White Catholics generally opposed abolitionists and the abolition of slavery and largely resisted or opposed desegregation within the Catholic Church and the United States.

Like most Americans during these movements, white Catholics generally opposed abolitionists and the abolition of slavery and largely resisted or opposed desegregation within the Catholic Church and the United States.

My guest on this week’s episode of “The Gloria Purvis Podcast” is the historian Matthew Cressler. He’s an associate professor of religious studies and an affiliate faculty member of the African-American Studies Program at the College of Charleston. We discuss his essay, "Real Good and Sincere Catholics: White Catholicism and Massive Resistance to Desegregation, 1965-1968.”

The essay pointedly recounts how a significant number of white Catholics wrote complaints and even made threats to the Archdiocese of Chicago for its support of desegregation.

It was shocking, though not surprising, to read excerpts from what was essentially hate mail. It was no wonder that Dr. Martin Luther King Jr. standing in Marquette Park in Chicago Lawn, a largely Catholic neighborhood in heavily Catholic Chicago, stated, “I have seen many demonstrations in the South, but I have never seen anything so hostile and so hateful as I’ve seen here today.”

Professor Cressler's research is a case study of widespread racism and prejudice among white Catholics against desegregation not only in Chicago but also in cities and towns across America during that time period.

If we are to overcome the sins of racism and its legacy within our church and in our country, then we must come to grips with our sins both as individuals and as an institution.

Professor Cressler asserts that race and religion have been conflated, so that Catholicism is generally assumed to be and is accepted as a faith community composed mostly of white Catholics of European descent in the United States.

Reading this article or listening to my podcast, you might think, "What is the point in dredging up this painful history?"

If we are to overcome the sins of racism and its legacy within our church and in our country, then we must come to grips with our sins both as individuals and as an institution.

Although the term “Catholic” originates from the Greek katholikos, which means “relating to the whole” or “universal,” it does not necessarily have that connotation in this country, where race has historically separated us as a community.

My takeaway is that no expression of Catholicism is racially neutral. All of us need to recognize this in order for our Catholic Church in the United States to become truly katholikos—truly “catholic.”