Study: Gen Z didn’t hear from faith leaders during the pandemic. But they didn’t lose their faith either. 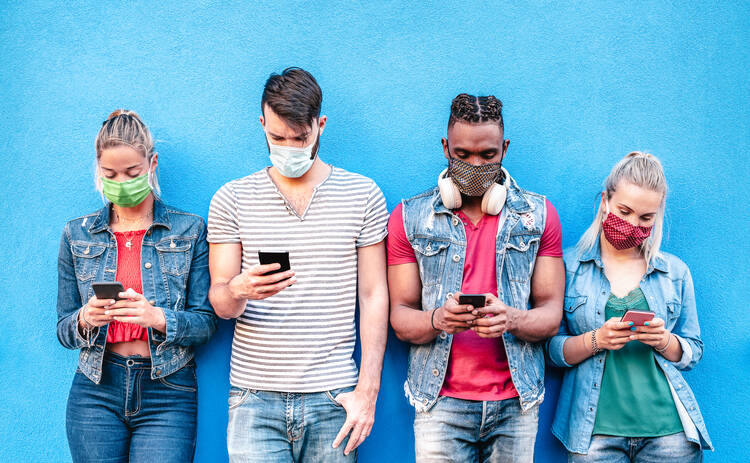 (RNS) — Researchers are warning religious leaders, teachers and parents there isn’t going to be a simple “back to normal” approach for young people after the COVID-19 pandemic. Rather, we should all be looking for ways to help them experience "the new normal."

That’s the argument from Springtide Research Institute, which surveyed 2,500 members of Generation Z (ages 13 to 25) in February 2021 about their experiences of, and attitudes about, the pandemic.

It’s not going to be easy for young people to merely pick up where they left off, said Josh Packard, Springtide’s executive director.

“There's just a whole lot of things that they missed,” he said. “They're not getting back to some sort of normality. And they need help processing that, to make sense of it and understanding their lives now.”

Researchers are warning religious leaders, teachers and parents there isn’t going to be a simple “back to normal” approach for young people after the COVID-19 pandemic.

The first step in helping them process is just to catalog it all unflinchingly: Graduations. Proms. Summer camps. Athletic competitions. Dates. College orientations. Religious youth group retreats. School concerts. First jobs. The list goes on and on. And that’s to say nothing of the fact many young Americans count loved ones among the nearly 600,000 U.S. citizens who have died so far in the pandemic.

Part of what religion can do is help young people grieve these lost milestones and relationships. “We have lots of really great and rich rituals and traditions that can and should be employed here to help young people,” Packard said. Religious leaders can draw upon those rituals to help teens and young adults name and mourn their losses. For example, they might have youth write down their missed milestones, talk about their feelings and then burn the papers to ash.

Religious leaders can draw upon those rituals to help teens and young adults name and mourn their losses.

Only 10% of the young people surveyed said a clergy member had checked in to see how they were doing. And only 14% reported turning to a faith community when they felt overwhelmed and didn’t know what to do.

On the other hand, faith communities scored higher than other institutions in how young people thought they handled the pandemic. The study found 50% agreed their faith community had done “a great job navigating the pandemic” — which was higher than the report card they gave to the government. In fact, two-thirds (65%) said the government did not do its best to protect people during the pandemic. And more than half (57%) said they’re going to have a harder time trusting others, even their own family and friends, after seeing how they handled the pandemic.

Packard was intrigued that half of young people thought their faith communities had done well managing the COVID pandemic even though 90% reported receiving no personal contact from clergy.

Only 10% of the young people surveyed said a clergy member had checked in to see how they were doing. And only 14% reported turning to a faith community when they felt overwhelmed.

Is it safe to bring my unvaccinated, unmasked 10-month-old to Mass?
Kerry Weber

The Springtide report identifies eight areas to care for Generation Z, including the advice above to help them grieve. Packard said the data showed not all young people are impatient to go back out into society; remember, it’s been a year not just of pandemic uncertainty but also racial protests and a dangerously divided electorate. It has all taken a toll.

But here’s a silver lining. Nearly 7 in 10 young people surveyed said they have a new appreciation for relationships, and they “won’t take for granted relationships and opportunities the way they did before.”

Jana Riess - Associated Press
Provide feedback on this article
Join the conversation: Login or create an account
Before you can comment, you need to update your profile to include your first and last name, as required in our comments policy. Then reload this page and you'll be set up for commenting. Update your profile