Are some bishops ‘politicizing’ the Eucharist? Yes, in a perfectly sound, pastoral way. 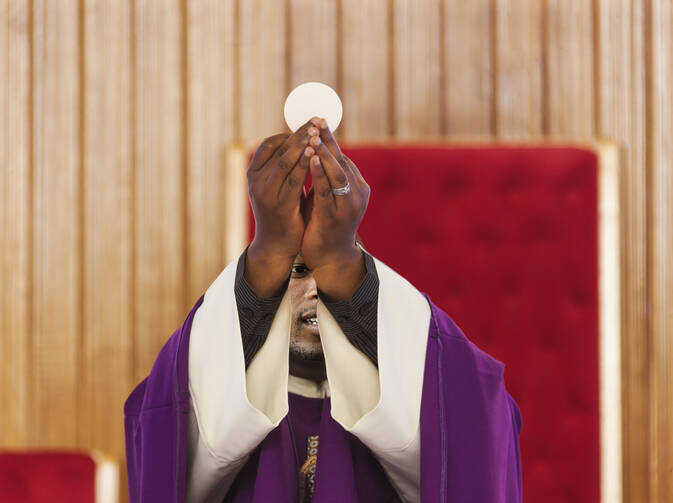 Archbishop Salvatore Cordileone of San Francisco does not think so—at least not in a problematic sense of “politicize.” His recent pastoral letter, “Before I Formed You in the Womb I Knew You,” carefully explains Catholic teaching on abortion, holy Communion and the responsibilities of Catholics in public life, including political office. An advocate of dialogue, accompaniment and private correction by pastors of Catholic officeholders who support abortion rights, Archbishop Cordileone nevertheless states, “Because we are dealing with public figures and public examples of cooperation in moral evil, this correction can also take the public form of exclusion from the reception of Holy Communion.”

Archbishop Salvatore Cordileone and others are acting for the good of souls.

Many bishops agree with Archbishop Cordileone. Meanwhile, the U.S. Conference of Catholic Bishops is reportedly working on a document some claim is aimed at a national requirement to deny the Eucharist to pro-abortion-rights Catholic politicians. By other accounts, the document will more broadly address the topic of worthiness to receive the Eucharist.

It seems highly unlikely the U.S. bishops’ conference would propose a national standard, which would contravene the authority of individual diocesan bishops. Besides, as we will see, a general pastoral standard already exists.

Does Archbishop Cordileone’s letter and similar efforts “politicize” the Eucharist? I think the answer is both no and yes. No, not in the way many critics suppose. Yes, in a perfectly sound, pastorally responsible way.

Critics who complain of the politicization of the Eucharist seem to mean that bishops want to deny the Eucharist to politicians mainly to obtain a political outcome, which these critics regard as extraneous to eucharistic participation.

Does Archbishop Cordileone’s letter and similar efforts “politicize” the Eucharist? I think the answer is both no and yes.

In these examples the desired political outcome, even if worthy in its own right, is irrelevant to the question of the fitness of a would-be communicant to eucharistic participation and all it implies. Is this the sort of thing Archbishop Cordileone and his allies call for? If so, no one has demonstrated it.

Certain prominent Catholic politicians are obstinately committing gravely sinful acts in public. For example, Joseph R. Biden Jr., the president of the United States, the world’s most prominent Catholic layman and most prominent political officeholder, staunchly supports the legal right of women to kill their unborn children. Yet he calls himself a devout Catholic, and he behaves as if his stance in favor of abortion rights fits perfectly with faithful eucharistic participation.

Meanwhile, Archbishop Cordileone and other prominent U.S. bishops are addressing this scandalous situation. They are following longstanding Catholic teaching so that people—the officeholders in question and other Catholics—do not think support for legal abortion is consistent with eucharistic living, whether for politicians or anyone else.

Archbishop Cordileone and others are acting for the good of souls. As a last resort, they propose denying Communion to people who persistently and publicly promote the grave evil of legal abortion. They are not making the Eucharist “about” this or any other sin. They are making the Eucharist “about” what it is—the source and summit of the Christian life, the gift of divine mercy we receive, as repentant sinners, striving through grace to conform our lives to the pattern of the indwelling Christ.

What is more, this dynamic is not peculiar to the Eucharist and political action; it is simply the form the dynamic of eucharistic participation and daily life takes for the Catholic officeholder.

Catholics can and do act in the political sphere in ways either consistent with eucharistic communion or contrary to it. They can and sometimes do commit grave sins in their policy stances. When Catholic politicians act contrary to eucharistic communion (i.e., commit a grave sin in the political sphere), they should either refrain from the Eucharist until after receiving sacramental reconciliation (Code of Canon Law, No. 916); or, if they obstinately persevere in manifest grave sin, they should not be given Communion (No. 915).

Archbishop Cordileone and others understandably focus on abortion, given there are almost a million abortions a year and more than 62 million since 1973.

Archbishop Cordileone and others understandably focus on abortion, given there are almost a million abortions a year and more than 62 million since 1973, and given the fact so many prominent Catholic politicians openly support abortion rights and urge others to do so. But nothing the archbishop has said limits this pastoral practice to public grave sins by politicians—nor to the political implications of eucharistic participation on the issue of abortion. When Catholic officeholders obstinately persevere in other manifest grave sins, the same principles apply.

“Proclaiming the death of the Lord ‘until he comes’ (1 Cor 11:26),” wrote St. John Paul II in “Ecclesia De Eucharistia,” his encyclical on the Eucharist, “entails that all who take part in the Eucharist be committed to changing their lives and making them in a certain way completely ‘Eucharistic.’ It is this fruit of a transfigured existence and a commitment to transforming the world in accordance with the Gospel which splendidly illustrates the eschatological tension inherent in the celebration of the Eucharist and in the Christian life as a whole: ‘Come, Lord Jesus!’ (Rv 22:20)” (“Ecclesia de Eucharistia,” No. 20).

Pope Benedict XVI addressed the topic of “eucharistic consistency” in his 2007 apostolic exhortation on the Eucharist, “Sacramentum Caritatis”:

Worship pleasing to God can never be a purely private matter, without consequences for our relationships with others: it demands a public witness to our faith. Evidently, this is true for all the baptized, yet it is especially incumbent upon those who, by virtue of their social or political position, must make decisions regarding fundamental values, such as respect for human life, its defense from conception to natural death, the family built upon marriage between a man and a woman, the freedom to educate one’s children and the promotion of the common good in all its forms. These values are not negotiable. Consequently, Catholic politicians and legislators, conscious of their grave responsibility before society, must feel particularly bound, on the basis of a properly formed conscience, to introduce and support laws inspired by values grounded in human nature. There is an objective connection here with the Eucharist (cf. 1 Cor11:27-29). Bishops are bound to reaffirm constantly these values as part of their responsibility to the flock entrusted to them. “Sacramentum Caritatis” (No. 83).

It is no radical pastoral innovation or new American “theology of unworthiness,” as Bishop Robert W. McElroy recently claimed in an article for America, to deny Communion to those who “obstinately persevere in manifest grave sin.”

Yes, the Eucharist is the sign of divine mercy and healing. What does the Lord ask of us so we may receive the Eucharist as “a powerful medicine and nourishment for the weak,” rather than as “a prize for the perfect,” to quote Pope Francis? Not perfection. Not absolute mastery over temptation. But repentance.

What does the Lord ask of us so we may receive the Eucharist? Not perfection. But repentance.

“If a Christian’s conscience is burdened by serious sin,” wrote St. John Paul II, “then the path of penance through the sacrament of Reconciliation becomes necessary for full participation in the Eucharistic Sacrifice. The judgment of one’s state of grace obviously belongs only to the person involved, since it is a question of examining one’s conscience” (Ecclesia de Eucharistia,” No. 37).

Public grave sins that remain unrepented are another matter: “However, in cases of outward conduct which is seriously, clearly and steadfastly contrary to the moral norm, the Church, in her pastoral concern for the good order of the community and out of respect for the sacrament, cannot fail to feel directly involved. The Code of Canon Law refers to this situation of a manifest lack of proper moral disposition when it states that those who ‘obstinately persist in manifest grave sin’ are not to be admitted to Eucharistic communion” (No. 37).

The case of prominent Catholic pro-abortion-rights advocates involves more than their individual consciences. Public profanation of the Eucharist, the good of souls, the unity of the church’s faith and life and the common good of society are all at stake. These things are hardly extraneous to eucharistic participation.

Bishops in the United States must decide whether they recognize that prominent public Catholic political support for 62 million abortions over the last 50 years and ongoing promotion of abortion today, including by the most prominent Catholic politician in the world, the president of the United States, constitutes manifest grave sin and a strong, scandalous counter-witness to the Gospel of Jesus. If so, then denial of the Eucharist is a sound pastoral last resort consistent with the political implications of eucharistic participation for followers of Jesus.

Otherwise, Catholics (and others) will conclude, not unreasonably, either that political advocacy for abortion is not really seriously wrong or that persistent public grave sin has no real consequences when it comes eucharistic participation, because eucharistic communion does not mean much when it comes to Catholic public life. Neither conclusion fits with an authentic Vatican II Catholicism. And surely neither conclusion is one bishops should want to encourage. 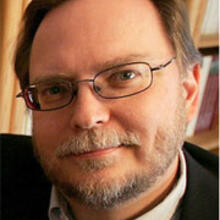 Mark Brumley is the president of Ignatius Press. He was formerly the director of the Office for Social Ministry, Diocese of San Diego. He is the author of several books, including 20 Answers: Catholic Social Teaching and The Seven Deadly Sins of Apologetics.

@mabrumley
Show Comments ()
Join the conversation: Login or create an account
Before you can comment, you need to update your profile to include your first and last name, as required in our comments policy. Then reload this page and you'll be set up for commenting. Update your profile