We’re going to publish things you disagree with. It’s what a Catholic magazine should do. 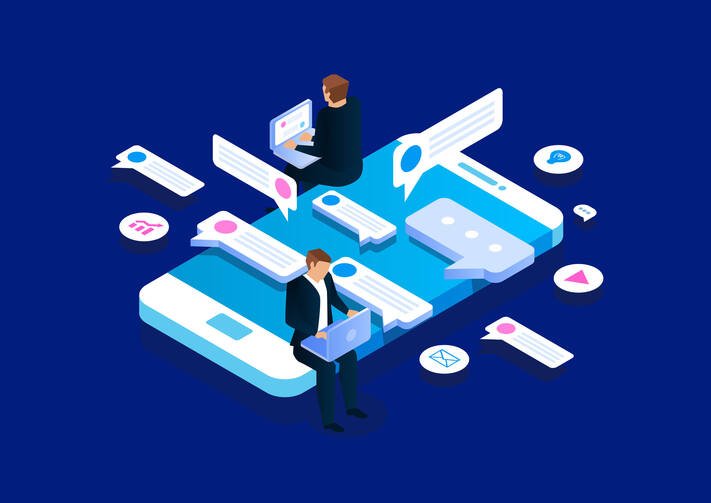 The British government announced in May a new initiative aimed at protecting free speech on university campuses, a move that follows several high-profile instances of de-platforming and cancellation of controversial speakers and opinions. Predictably, the political left and right disagree, not only about the nature and scope of the threat, but whether it is even real. Mercifully, we are not likely to address this sort of problem in the United States through national legislation. But that doesn’t mean that the same social forces—polarization and ideological partisanship—are not at work here.

America has attempted to meet the challenge by publishing diverse opinions, an approach we have formalized in a new editorial initiative, “The Conversation.” (The conversation we initiate in this issue centers on the future of Catholic theology.) The choice to showcase diverse viewpoints stems not only from the fact that ideological partisanship is this editor in chief’s well-known bugbear, but also that this has been America’s approach from the start. “True to its name and to its character as a Catholic review,” the editors wrote in our first editorial in 1909, “America will be cosmopolitan not only in contents but also in spirit.” Joseph A. O’Hare, S.J., the tenth editor in chief, put it this way: “A Catholic journal of opinion should be reasonably catholic in the opinions it is willing to consider. Which is not to say that catholic means indiscriminate. It does mean, however, that we will publish views contrary to our own, as long as we think they deserve the attention of thoughtful Catholics.”

Accordingly, over the last several years we have hosted a wide range of authors across our platforms. In the area of economics, for example, we have published capitalists, communitarians, social democrats, libertarians, even a communist. In the area of theology, just this month, America published an article by one Catholic bishop who argued that pro-choice politicians should not be admitted to Communion—we then published an article by a different Catholic bishop saying just the opposite. And in between, we published hundreds of your comments about this important question.

America’s answers to such questions, of course, are contained in our unsigned editorials. But offering you our corporate opinion is but one, relatively small part of what we do. Our main task is to host opinions, to expose you to a variety of individuals and groups, all within the broad spectrum of Catholic opinion.

That inclusive approach is not, admittedly, a widely popular choice. In the present polarized climate, voicing contrary opinions requires courage, which is sometimes described as “speaking truth to power.” But context counts for a lot here. The most powerful force in the public, ecclesial discourse isn’t the secular media or the U.S. bishops, but the elite foot soldiers on social media and elsewhere who police the boundaries of ideological orthodoxy, both left and right, often with cynical, brute force.

It doesn’t take a lot of courage, for example, for us to publish someone who is denouncing racism. Our audience wholeheartedly agrees. It doesn’t take courage to publish an editorial criticizing the U.S. bishops—they are not that popular to start with, ranking down there near lawyers in terms of popularity. What does take some courage is defending the bishops when we think they’re right. And it does take some courage to buck the prevailing establishment ethos on matters of human sexuality or economics. And it took courage for America to say, on the precious few occasions when it was true, that Donald Trump was right.

America should have the courage to pay less attention to the mob and more attention to you. Here, Pope Francis is showing us the way. The pope believes in God, but he dialogues with atheists; he believes in a communitarian approach to economics, but he meets with capitalists; he has spoken out against “ideologies of gender,” but he has known and met with transgender people. You should hold us to a standard that requires that kind of courage.

Some people say that this editorial approach is nothing but an idealist’s fantasy. But those who think that do not know you as I have come to know you. For nearly nine years, I have traveled the length and breadth of this country, meeting thousands of you. I trust you. I trust the education most of you received from the Society of Jesus. I know that you are not afraid of argument, not afraid of different viewpoints; that you are suspicious of dogmas not thought through to their consequences; that you value intelligence, diversity and charity.

For which I say: Thanks be to God.