The liberal/conservative divide is hurting theology departments. The way forward won’t be popular. 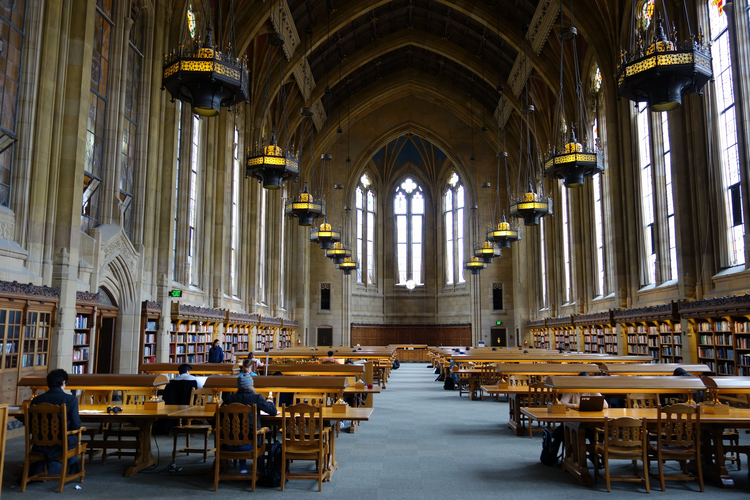 Photo by Ken Theimer on Unsplash

Editor’s note: This article, a response to “The crisis in Catholic theology” by Grant Kaplan, is part of The Conversation, a new initiative of America Media offering diverse perspectives on important and contested issues in the life of the church. Read more views on this issue here, here and here.

Grant Kaplan suggests that his real question does not so much regard Catholic theology’s future in the United States per se, but the survival of its laicized forms. In a pessimistic scenario, he warns us that Catholic theology in the United States could retreat to seminaries, virtually overturning theology’s postconciliar declericalization and central place in Catholic university life. Universities may well continue offering programs in Catholic theology, but such programs will be Catholic in name only. Lacking appreciation for thinking, remembering and imagining in a Catholic way, they will fail to contribute meaningfully to the education of future Catholics and so will lose their raison d’être.

Thus, Dr. Kaplan’s major concern is the fragility of the Catholic identity of theology departments in the United States. His proposed solution goes beyond the earlier insights of Father O’Meara and Father Lamb, in that he suggests that commitment to Catholic identity calls for “taking Catholic diversity seriously” and embracing global Catholicism. Dr. Kaplan advocates a “globalized” understanding of Catholicism and advises that faculty diversification should include an internationalization, so that departments of theology in this country would “look more like the world-wide Catholic Church.”

His further exhortation—“to recruit the brightest graduate students and to hire the most promising faculty members” representative of global Catholicism—might be taken to carry imperialist overtones. (Is he calling for “the best scholars of the world for the best country in the world”?)

What is needed is the cultivation of the capacity to be at home with both the old and the new.

But the truly valuable aspect of Dr. Kaplan’s insight should not be overlooked. Transcending the parochial is vital for retaining Catholic identity, whether this is manifested in a theology department’s faculty-hiring strategies, national and international collaboration, exchange programs, investments in scholarship or curricula of studies.

Though largely concurring with Dr. Kaplan’s concerns, I wonder if what needs to be transcended is not just a parochial identity but also an ideological polarization. The latter is perhaps of even greater importance for the future vitality of Catholic theology in the United States. Though the liberal/conservative dialectic in Catholic theology is far from new, it seems that a growing polarization along the same lines is now only one step removed from what Walter Burghardt, S.J., called an “intramural internecine hostility.” The liberal tendency to reject the old in favor of the new and the conservative dismissal of new questions, ethical concerns and interdisciplinarity are equally disconcerting. What is needed, I think, is the cultivation of the capacity to be at home with both the old and the new. As Bernard Lonergan, S.J., once suggested, this entails claiming one’s place in the “not numerous center” that is ready to work patiently through the necessary transitions and refuses any half-measures. Entering this center space is not likely to make one popular. But acquiring a capacity for doing so seems necessary for remaining Catholic, at least if kata holon also means “both-and”: both old and new, grace and nature, faith and reason.

Our religious studies programs are in trouble. Here’s what we miss out on if we don’t save them.
Shelby Kearns

Theology departments could foster this capacity by strategically creating occasions for conversations across dividing lines and, even more important, by integrating rigorous intellectual training with new forms of spiritual formation. No doubt reclaiming scholarly excellence over against “theological journalism,” focusing on “a broadly Catholic pattern of doing theology” and addressing the methodological disarray in theology will play an important role. But the key to fostering a vibrant Catholic theology seems to lie in a creative reintegration of intellectual and spiritual formation. After all, the unity of minds and hearts is a matter of not only intellectual but also moral and religious conversion. Though challenged by the laicization of Catholic theology, this integration seems to be re-emerging in at least some of the theology departments in the United States, such as my own at Boston College.

More views on the crisis in Catholic theology: 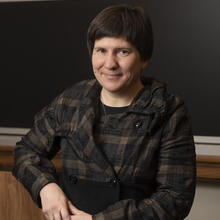 Ligita Ryliskyte, S.J.E., a native of Lithuania, is a visiting assistant professor of systematic theology at Boston College. She is also a member of an Ignatian religious order, the Sisters of the Eucharistic Jesus.