In the eyes of my friend Daniel Berrigan, all humanity was a sacrament 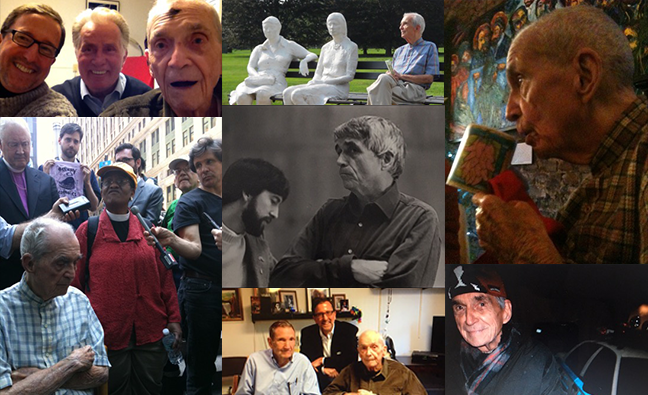 Daniel Berrigan, S.J., and friends, including the author. (Photos courtesy of the author; photo collage by Kevin Robles)

America asked several authors to consider the life of Daniel Berrigan, S.J., on the fifth anniversary of his death. Joseph M. Cosgrove was Father Berrigan’s lawyer for the last 35 years of Dan’s life. You can read other contributions here.

It was not what I’d expected to hear, at least not from Dan, just a few hours after my mother had died. But perhaps in contrast to his public image as radical peacemaker, antiwar protester and public agitator—or maybe in perfect complement to it—Dan knew the power of sacraments. He understood them not as a summons from on high but as something that comforts us and binds us together.

Dan was my dearest friend; really, he was a brother to me in all ways. He guided me through the trauma of losing a parent, listened to my incessant blather on anything and nothing and taught me that saying “no” to the greed and violence entrapping the world was the only way toward liberation, even resurrection.

Perhaps in contrast to his public image as radical peacemaker, antiwar protester and public agitator—or maybe in perfect complement to it—Dan knew the power of sacraments.

For more than 35 years, he was as essential to me as anyone could be. On a few occasions, we even shared the back of a police van after a protest. But far more often I stood next to him in court as his lawyer, where he turned the judicial into the liturgical with the slightest of ease. In reflecting on all these experiences, especially in the shadow of Dan’s 100th birthday on May 9, I can clearly see how valuable a lesson this priest, this Jesuit, gave me in the wake of my mom’s death: We are indeed a sacramental species.

Of the seven sacraments, I received three from Dan. He was a most creative liturgist and a sweet and (thankfully) forgetful confessor. When my wife Sharon and I were engaged, it was Dan who prepared us with encouragement; presided at our wedding at Maryhouse, the Catholic Worker house in New York; and walked with us as a gentle companion as we began our life of sacred friendship together.

Sacraments were important to Dan, but for him seven were simply not enough. In Dan’s eyes, all humanity was a sacrament. Two memories in particular reflect this: As we walked along Broadway one day, both of us uncharacteristically quiet, he said: “I meditate on the faces. They’re like beads on a rosary with all the mysteries unfolding before us.”

That is where we find the sacraments—on the street, with the people.

Another time, at a memorial to our friend David Joyce, a student at Columbia University who died rather suddenly on a Good Friday in the early ’80s, Dan took note of the annual praying of the Stations of the Cross through the streets of Manhattan. He said of that day, “What we couldn’t do in church, the church did in the street,” marching from one side of the city to the other “amidst a forest of crosses.”

That is where we find the sacraments—on the street, with the people. That was where Dan was most comfortable, finding sacrament with “the church; in the street; meditating on the faces.” 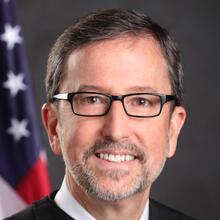 Joe Cosgrove is a retired Pennsylvania judge. He was Dan Berrigan’s lawyer for the last 35 years of Dan’s life.