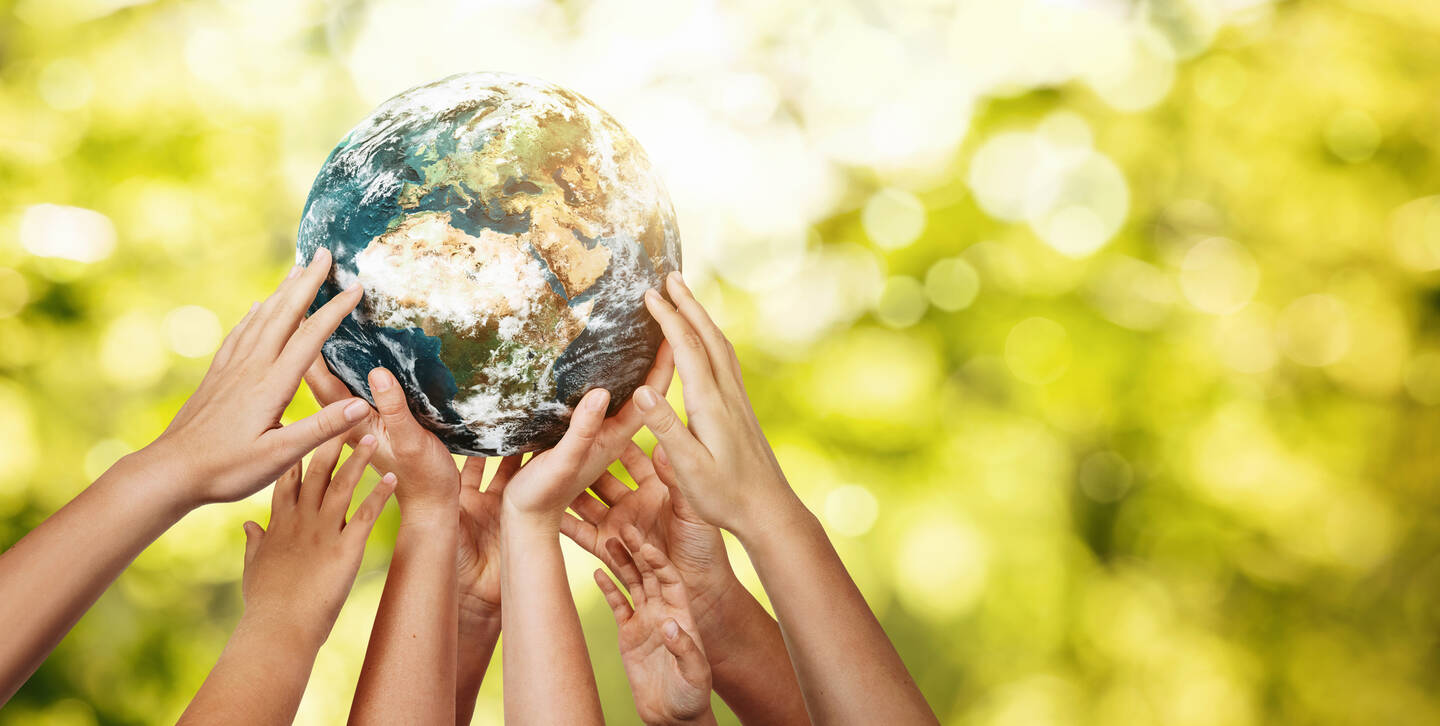 Prince Albert of Monaco: Together we can save our common home

For over a year, our world and our lives have been radically and brutally turned upside down by the Covid-19 pandemic. In our contemporary society, never has the need for a return to life in harmony with nature been as strong as it is today. And during the pandemic, we have seen that changes to our lifestyles can have an immediate impact on the state of our planet.

However, this progress is likely to be quickly forgotten if we return to the same patterns of behavior as before the pandemic and if we go back to the selfish and destructive paradigms that damaged our environment so badly. At a time when our world is becoming aware of its profound frailties, when everyone is wondering how we can reinvent our economy and society, we all need to take action.

During these particularly challenging times, it has become obvious that human health is intrinsically linked to the health of our planet; no future for humanity can be viewed with equanimity if we make no efforts to prevent further degradation of our common home. Climate change, the depletion of natural resources and the loss of biodiversity are all threats that require us to make profound changes if we want to end the major ecological crisis we face.

No future for humanity can be viewed with equanimity if we make no efforts to prevent further degradation of our common home.

We need to open our eyes, with courage and lucidity, to the extremely precarious situation in which our planet finds itself. Over the course of my own numerous travels, I have been able to see the damage that our human activities have inflicted on our planet. Pollution, loss of species, desertification, deforestation and over­exploitation of natural resources are scourges we need to eradicate. The Prince Albert II of Monaco Foundation (PA2F) has been committed to these goals for 15 years through initiatives and projects supported at local and global levels, in order to promote sustainable development and to protect our environment.

Alongside the scientists and nongovernmental agencies with whom my foundation collaborates, we have noticed the negative impact of the irrational and abusive use of our land and ocean resources. There is no place left in the world unmarked by human presence. In our industrial progress, we have disrupted the major ecological balances that allow our world to maintain long-term stability. Our greenhouse gas emissions, related to our production, transportation and consumption patterns, have led to a significant increase in temperatures both on land and offshore, creating dangerous imbalances in climate.

The time is past when there might have been reason to doubt this terrible truth: We are indeed responsible for the imbalances that are now having genuine repercussions in our lives. The multiplication over the last few years of extreme climate events like extensive forest fires, droughts, floods and hurricanes, all resulting in large-scale human disasters whose social and economic costs continue to rise, are clear pieces of evidence of this phenomenon. These climate risks, which remind us how vulnerable we are when confronted with nature’s fury, are likely to intensify even further if we do not take action rapidly, using measures that respond to the urgency of the situation. The health risks we are experiencing (including the Covid-19 crisis) will also increase if large-scale deforestation continues and results in new, unforeseen contacts between humans and wildlife.

The crisis we are going through should not only be seen as a risk but be considered a new beginning.

Achieving a new balance between humanity and nature should therefore be our priority. As painful as it may be, the crisis we are going through should not only be seen as a risk but be considered a new beginning. We are currently standing at a crossroad of possibilities, with two potential horizons before us. One is quite bleak if we pursue our destructive course; the other is full of hope if we promote ecological resilience by maintaining complex and diversified ecosystems, ones that are more able to resist global warming.

Together we can rise to the greatest challenge of our time: preserving our one and only planet and allowing humanity to continue to live on Earth. We have a very clear sense of the direction we need to take thanks to scientific explanations of the mechanisms underway. We need to listen with even greater attention to the recommendations provided by scientists, especially the Intergovernmental Panel on Climate Change (I.P.C.C.), which since its inception in 1988 has been studying the causes and repercussions of climate change as well as potential intervention strategies to be implemented. The latest reports released, including some that assess the impact of global warming on land surfaces, on soil degradation and on the ocean and the cryosphere (the frozen world), are resources we now have to help implement effective mitigation and adaptation measures.

When the I.P.C.C., with the support of the Principality of Monaco and my foundation, published its special report in 2019 on the ocean and cryosphere within the context of climate change, we could better assess the acceleration of ocean warming, acidification, deoxygenation and rising sea levels and make forecasts regarding their impact on the population.

Over a quarter of the planet’s population is directly threatened by the consequences of climate change.

This global vision of the various disruptions that will affect our human society in the future is a fundamental basis for action. Over a quarter of the planet’s population is directly threatened by the consequences of climate change on the ocean and sea ice areas, polar regions and mountains. With the knowledge that coastal areas are home to 28 percent of the global population, 11 percent of whom live less than 10 meters above sea level, it is not hard to imagine the disastrous consequences of rising sea levels, including the disappearance of some islands and countries, that would send millions more people into forced exile. This situation is very likely to exacerbate inequality and tension in an already divided world.

In 2015, within the framework of the Paris Agreement on climate change, many governments set national climate goals; these need to be firmly upheld and strengthened. The agreement, adopted by 194 countries including the Principality of Monaco, commits countries to drastically reduce their greenhouse gas emissions in order to limit the rise in temperatures to below 2 degrees Celsius compared with pre-industrial levels and to pursue efforts to limit the increase in temperature even further to 1.5 degrees Celsius.

We are still far from our goals: If we continue current trends, we may well cross the 1.5 degrees Celsius threshold within the next two decades. But we still have time to do something about it if we put the necessary measures into practice with force and conviction. Recent estimates by the Climate Action Tracker seem to suggest that we could maintain global warming at 2.1 degrees Celsius by 2100 if all the carbon neutrality commitments are firmly kept.

The return of the United States to the Paris Agreement provides hope for increasing our chances of containing global warming.

In this respect, the return of the United States to the Paris Agreement provides hope for increasing our chances of containing global warming. The proposal made by President Biden that the United States reach carbon neutrality by 2050 is certainly a positive signal to the international community. So too is his desire to move away from fossil fuels in favor of renewable energies. This is another fundamental issue that is important to address more effectively in order to facilitate the transition toward a carbon-free economy.

For too long we have been driven by the unfounded fear that changing our production and consumption methods could cause us to lose our quality of life. But how can we continue to benefit from an acceptable quality of life on a polluted and overexploited planet? If the planet suffocates, our economies will also suffocate. We are experiencing that now with the pandemic. In addition to scientists, we need to listen to economists, who show us that land and ocean preservation is a genuine driver of economic growth, capable of generating thousands of jobs. We have the opportunity to reinvent ourselves, to stimulate the creation of new activities, thanks to innovative and sustainable solutions, both for nature and for humankind.

For too long we have been driven by the unfounded fear that changing our production and consumption methods could cause us to lose our quality of life.

Promoting the development of a sustainable economy based on the solutions nature provides would also offer a financial boost to markets. In 2020, according to an analysis by Bloomberg New Energy Finance, over $500 billion was invested on a global scale in energy transition sectors like renewable energies, sustainable transport and carbon capture and storage. In Europe, these investments have more than doubled since 2019. This newly sustainable economy will generate value and jobs but will also help us to refocus on common values in an environmentally acceptable way. Among these fundamental values, we cannot forget our duty to support the world’s poorest people, because the least developed countries are the first affected by the devastating effects of climate change, even though they are the ones least responsible. We must make sure that nobody is left by the wayside.

Review: We are all responsible for the future of our planet
Christiana Zenner

While we seem to be gaining momentum on these fronts, we need to remain vigilant and keep in mind that everyone’s involvement is crucial if we are going to succeed. Civil society has an important role to play, along with governments and economic entrepreneurs.

The younger generations, who are interested in the climate issue and enthusiastic for change, should also not be excluded from discussions on how best to save our planet. On the contrary, we need to support them in their journey through education and awareness so we can pass on to them the keys to a more inclusive and sustainable world. We also need to learn to listen to them.

In our quest for a renewed Earth and a more responsible humanity, let us be guided by our sense of solidarity toward the most vulnerable, our sense of responsibility toward the younger generations and our respect toward the species that inhabit our planet. All are crucial as we move forward to reach sustainability as well as the ecological and human health to which we all aspire. 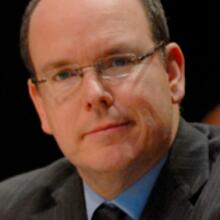