Do you love the church but sometimes hate it? There’s a word for that feeling (and it can be beneficial). 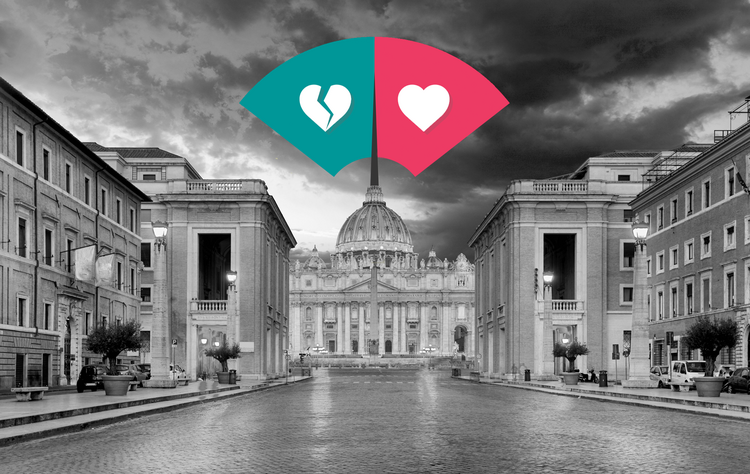 As we passed the one-year anniversary of the Covid-19 pandemic, we saw a number of people reflecting on new habits they took up or things they learned when they suddenly had so much time on their hands. For my part, I found that I was able—after more than two decades of trying—to make some headway in reading the controversial and often deliberately obtuse French psychoanalyst Jacques Lacan. The entry for me was a rather useful portmanteau that he coined, hainamoration.

Some of Lacan’s ideas are inaccessible to all but his most devoted readers, but the literal translation of hainamoration gets at a concept that is easy to grasp: “hateloving.” This idea is surely universal. Those we love are also those we (sometimes) hate; those who love us also hate us at least some of the time. Anyone who has been married or has been a parent, sibling or friend can admit to hainamoration.

The coinage by Lacan—who was raised Catholic and whose brother became a prominent Benedictine monk in France—also describes how an ever-increasing number of Catholics feel about the church, especially after the publication of the McCarrick Report last year and the ongoing crisis of sexual abuse by clergy.

The coinage by Jacques Lacan also describes how an ever-increasing number of Catholics feel about the church.

We cannot not love the church, for the church is Christ’s. But we legitimately and understandably cannot love what much of the church has become in many places: a booster of revanchist politics, a refuge for abusers and one of the last institutions on the planet to have virtually no effective mechanisms of accountability for its leaders. That church we hate, and it is right that we do so.

How can it be right and just to hate something, even the Holy Mother Church? As I have argued elsewhere, it is well established in the clinical and developmental literature that children need to learn how to hate so that their healthy development will not be impaired. The acquisition of an ability to hate in a “good” way marks an important developmental milestone. Conversely, the absence of an ability to hate, as well as the inability to give up one’s hatreds at the right time and in the right ways, is maladaptive. Too often, hatreds that linger long after they are developmentally helpful become repressed and turned in on the self, leading to an internalized masochism.

The acquisition of an ability to hate in a “good” way marks an important developmental milestone for children.

What we call hate, of course, can too easily slip its leash and become irrational and indiscriminately destructive—not just for an individual but sometimes for an entire community, as when there is racial, religious, ethnic or nationalistic hatred.

But let us not turn too soon to the risks of hatred before we have reflected sufficiently on how hatred often begins with a positive purpose. One thing I have learned in clinical work is that our hatreds, along with our anger, are often protective means each of us needed at some point to survive trauma. Our hatreds and anger were, in fact, goods internal to the practices of self-protection. We need to respect and even be grateful for them.

We can and must, however, recognize when hatred and anger have become maladaptive. Perhaps the simplest way to recognize this is when they get in the way of our freedom to change in response to altered circumstances. At this point, we need to figure out how to move past them insofar as they are now harming, not helping, us.

Here is where sharing one’s hatred with others (whether a therapist, confessor, spiritual director or friend) can keep it from turning into a permanent and pathological state. The method called “disclosure of thoughts,” pioneered by the Desert Fathers and Mothers of the church and only later adopted by Sigmund Freud, is crucial. That ancient monastic and modern psychoanalytic practice ensures that we do not shy away from disclosing our hatreds, our mixed feelings, our ambivalence. Such disclosure is helpful not as a “cure” for hainamoration but as a means of keeping it in play until a more satisfactory resolution may present itself. At the very least, it prevents us from trying to suppress our hatred.

We may turn our anger and frustration to good ends, and they may include helping within the church.

With regard to our hatred for the church, we most certainly should not suppress it. That will serve none of us well. In fact, those who have left the church will scarcely be open to returning if we do not first provide them an opportunity to speak of their hatred openly and freely.

Once we have done that, what do we do with the energy occasioned by our hatred? Here is where wise spiritual directors and therapists alike counsel the necessity of channeling our hatred, directing it or—to use a psychoanalytic term—sublimating it.

The act of sublimation is familiar to us: the manic cleaning of the fridge, organizing of the garage or kneading of the bread after a major frustration or fight with a family member or bad review from the boss. In these ways, we may turn our anger and frustration to good ends, and they may include helping within the church, where the need for energetic volunteers to cleanse the Lord’s temple has always been a perennial one.

In one of his most important early technical papers, Freud even seems to counsel sublimating our hatred for whatever neurosis or condition we have in order to use that negative energy to fight it. With admirable sangfroid, he reassures therapists that a patient’s angry defensive reactions in and to therapy “are only necessary and temporary aggravations and that one cannot overcome an enemy who is absent or not within range.”

He goes on to insist that the patient needs to harness anger and defensive hatred in order to face directly and then fight courageously “the phenomena of his illness. His illness itself must no longer seem to him contemptible, but must become an enemy worthy of his mettle, a piece of his personality which has solid ground for its existence and out of which things of value for his future life have to be derived.”

The shrink and the spiritual director: Freud and the Jesuits
Adam A.J. Deville

This is precisely how we must channel hatred for the church today: by using it in the service of healing the illness of sex abuse, aware that anger and disgust are adaptive and understandable reactions that cannot be allowed to harden into permanent hostility. To help prevent that hardening, Catholics can advocate and implement reforms to prevent abuse in the future.

In the end, as we work toward purifying the Lord’s temple, we must pray for our contempt to be sublimated by the Spirit. We must allow hatred to be transformed into love so that the church is more readily able to offer, in the lovely words of the Alexandrian theologian Origen, “nothing unworthy of God’s majesty.” 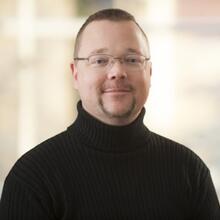 Adam A.J. DeVille is an associate professor and director of humanities at the University of Saint Francis, where he teaches psychology and theology. He is the author of Everything Hidden Shall Be Revealed: Ridding the Church of Abuses of Sex and Power.

@AAJDeVille1
Show Comments ()
Join the conversation: Login or create an account
Before you can comment, you need to update your profile to include your first and last name, as required in our comments policy. Then reload this page and you'll be set up for commenting. Update your profile