What we can learn from Prince Philip’s extraordinary life 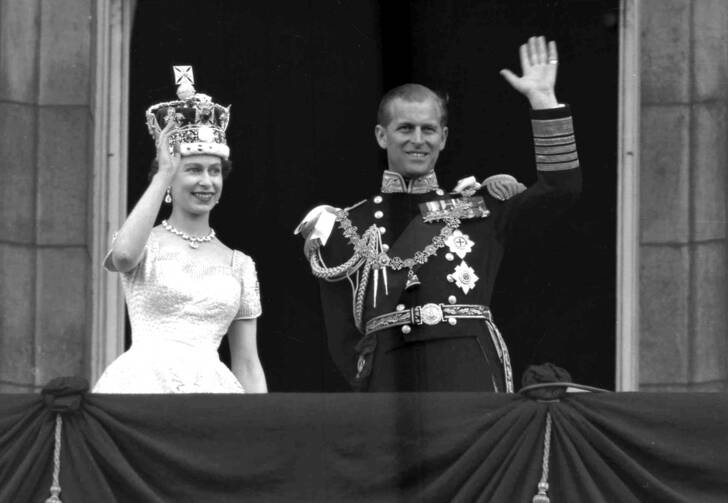 Prince Philip, the Duke of Edinburgh and consort to Britain’s Queen Elizabeth II who died on April 9, began the second of his 99 years as a refugee. It was 1922, and Philip’s uncle, King Constantine I of Greece, had been forced to abdicate in the wake of his disastrous prosecution of the Greco-Turkish War. Only 18 months old and just barely ahead of the riotous mob, Philip was smuggled out of Greece in an orange crate, which his family had converted into a makeshift crib. A British light cruiser then safely transported them to France. Such was the inauspicious beginning of the man who would become the longest reigning consort of a British monarch in history.

For more than 75 years, Prince Philip rendered tireless service to his adopted country. According to The Times of London, by the time of his death, he had undertaken 22,191 solo engagements, delivered 5,493 speeches and served as the patron of 800 charitable organizations. Those are pretty impressive tallies for a man who once described himself as “a discredited Balkan prince of no particular merit or distinction.” Self-deprecation, of course, was one of his famous traits. But there were others, which point to some of the lessons to be gleaned from his extraordinary life.

Self-deprecation, of course, was one of his famous traits. But there were others, which point to some of the lessons to be gleaned from his extraordinary life.

For starters, luck counts for a lot in life. Being in the right place at the right time can make all the difference. Philip was fortunate to have survived the downfall of the Greek monarchy and luckier still to have relations close to the British Royal family, who made a new home for him and introduced him to the king and his daughter, Elizabeth. In interviews, when asked about his early life, Philip was always keen to point out the role that chance had played. This is in part why he founded the Duke of Edinburgh’s Award, a phenomenally successful venture that helps prepare young people to make the most of their opportunities and to weather the fickle vicissitudes of life.

Yet another lesson is that old-fashioned notions of duty and hard work also matter. Prince Philip had a number of role models to choose from, not all of them good examples. He could have gone the way of many of his wife’s ancestors, using the privileges at his disposal to pursue a life of ease and pleasure. That he did not do that is probably one of the reasons he lived such a long life—he never lost interest, never stopped asking what more he could do.

It is also true that he himself was not always a good role model. There were, of course, his infamous gaffes, mostly jokey attempts to make him sound down-to-earth and friendly but often with the opposite effect. “As so often happens,” he said at the conclusion of a tour of Australia in 1968, “I discover that it would have been better to keep my mouth shut.” And the occasionally offensive off-hand remark was not the only habit he may have carried with him from the wardroom culture of the Royal Navy. There were also rumors, especially in the early years of his marriage, about his late-night company.

Then again, all of that must be weighed against his countless contributions to the life of his country. A life lived without sin and error is not a human one. And very few of us would want to be remembered for the worst thing we ever did.

Marrying the queen is undoubtedly the best thing Philip ever did. For all the rumors of infidelities and squabbles, some of which are inevitable in any long marriage, theirs was a love match—itself a historical oddity among royalty. She once famously called him “her strength and stay.” There’s a lesson there, too, from those 74 years of marriage. Our lives are not mainly defined by the big promises we make but by the thousands of little ways in which we keep them. Philip did promise at the queen’s coronation “to be her liege man of life and limb and of earthly worship.” But most of the way he made good on that vow was by simply showing up, being present, making sure his hand was there whenever she reached for it.

The principal advantage of a constitutional monarchy is its seeming permanence—its role as a symbol of continuity amid constant change. A monarch furnishes a direct connection to a people’s history and to its future and a link to what is fundamentally important about both. At the end of the day, however, like all creaturely things, monarchies come to an end. That day isn’t any time soon for the British monarchy, but it will surely come. It has endured for a thousand years, but even 10 centuries is nothing like forever.

[Read this next: The contradictions of Harry and Meghan’s Oprah interview]