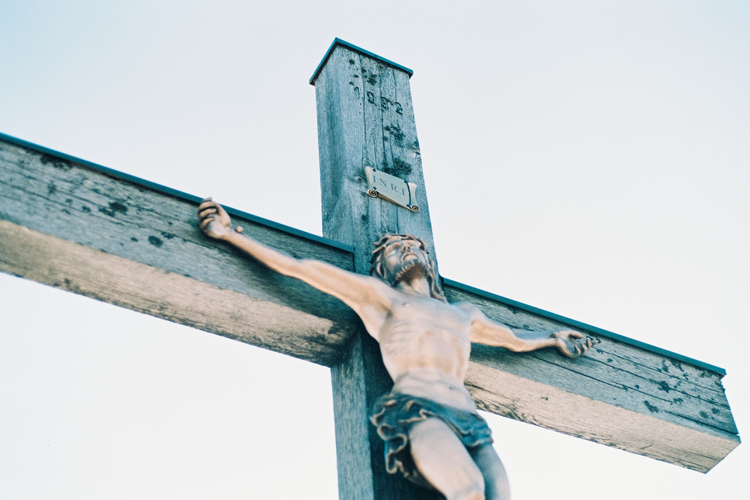 Photo by Christoph Schmid on Unsplash

“Victory in Jesus” was the Southern gospel hymn my parents sang to me as a lullaby. The lyrics make explicit the scriptural connection between our baptism and the crucifixion, envisioning baptism in blood: “He sought me and bought me with his redeeming blood!/ He plunged me to victory beneath the cleansing flood!” Other hymns we sang in my home church echoed the theme. “Are you washed in the blood of the Lamb?” one asked, while another described how the blood of Jesus “washes away my sins” and “makes me whole again.” This was the graphic metaphor offered to me to explain the evangelical Christian faith that structured my life.

My parents ensured I regularly attended weekly worship since before I was born, and before I knew much of anything else, I knew Jesus Christ died on the cross for my sins, that he “bought me with his redeeming blood.” I made this faith my own when I was 8. Intensely aware of my guilt and sin and the forgiveness I had been offered by God in Jesus—and honestly, afraid of hell—I worked up the courage to respond to an altar call. Kneeling with my pastor at the front of the church, I submitted to the authority of Jesus over my life. A few weeks later, I was baptized. I knew then, as I know now, that the blood of Christ makes me clean.

But when I discovered I was gay a few years later, I felt dirty again. Growing up as a religious gay person is by now a pretty familiar story, but at the time I felt utterly alone: I prayed for it to be a phase, fearfully kept it as a secret and wondered if God was either angry at me, apathetic or simply a fantasy. It was a trial by fire, and it soon became clear that both heterosexuality and unbelief were equally impossible for me.

But God went to great lengths to reaffirm his love. When I got involved in an evangelical campus ministry in college, I was reacquainted with a God who not only loves me abstractly, but likes me specifically. And to my great surprise, I found that my being gay, the aspect of my life about which I was most ashamed, was not just a stubborn stain that would not come out in the wash: It was the precise place where God most wanted to meet with me. I began to dare to think that Christ had me in mind as he offered up his life.

That campus ministry shaped me in countless ways, but perhaps most significantly, it instilled in me a calling to engage in mission: sharing with the world the good news of what God had accomplished in Jesus Christ. More specifically, after coming out publicly as a gay man, I felt a calling to share God’s love with my people—L.G.B.T.Q.+ people, to whom I belonged and for whom I felt a special responsibility. I first thought this was a calling only to give, but soon realized it was just as much a calling to receive, to humbly learn and locate myself within a communal history and culture. This led me, after graduation, to join staff with the ministry that had changed my life.

I felt a calling to share God’s love with my people—L.G.B.T.Q.+ people, to whom I belonged and for whom I felt a special responsibility.

At the same time, I longed for consistency in sexual ethics. Through much prayerful reflection and reading Scripture, I had come to affirm church teaching regarding the immorality of same-sex sex and had consequently settled into pursuing lifelong celibacy. But I was turned off by the hypocrisy I saw: so many people willing to demonize sexual minorities while looking the other way when it comes to the sexual sins of straight people. I felt in my gut that sexual ethics should challenge everyone—straight and non-straight, single and married—and I searched for some unifying thread that would make sense of all scriptural teaching on sexual morality.

Due in part to my growing connection with my culture, and in part to the religion classes I took at my secular university, I also began to seek out a connection to history. Growing up, I was unaware of the many ways my faith had been shaped by my own particular context, and how that influenced (and limited) my ability to understand the truths of Scripture. I became especially aware of my guiding value of individualism and how it prevented me from benefiting from the wisdom of authority figures. In class, some of my cherished paradigms exploded, and I began to feel that the only solution to my limited perspective was to become rooted in the larger (and longer) story of God active in the church, and to rely on the tradition and authority of that church as an anchor.

These values—mission, consistency, history and authority—stayed with me as I spent a few years as a campus minister and then transitioned to taking seminary classes. As a gay man, I had long gotten used to feeling out of place or unwelcome in evangelical spaces, but gradually I began to feel that evangelicalism itself no longer fit. I slowly began to see how those values seemed more fully embodied in the Catholic Church. The aesthetics played a significant role as well: The long and illustrious tradition of Catholic art and pageantry and poetry of the Mass connected with me in a unique way I can only attribute to my developing gay sensibilities.

As is true for so many converts, the witness of faithful Catholics lit the way.

As is true for so many converts, the witness of faithful Catholics lit the way. Gerard Manley Hopkins put words to a combination of pain and hope that had always felt inexpressible to me. Henri Nouwen spoke to the deepest longing of my heart: to be the beloved of God. Eve Tushnet’s Gay and Catholic was a breath of fresh air. I read Evelyn Waugh’s Brideshead Revisited, G. K. Chesterton’s Orthodoxy and Shusaku Endo’s Silence. Paul Elie’s biography of four American Catholics, The Life You Save May Be Your Own, may have been the tipping point; Dorothy Day in particular showed me what uncompromising faith and radical pursuit of justice could look like.

“Poke around,” a Catholic friend had advised me over coffee once. “Find a tradition of the church that speaks to you; that could be your way in.” A few months after beginning seminary, I found my way into a local Jesuit church. I took my time. For the first few weeks of attending Mass, I found myself crying on the drive home, overwhelmed by the prospect of such a drastic change. I took comfort in the knowledge that I had undergone something like this before—my coming out—which at first felt like death, but ended up being an entrance into new life. Coming to the Catholic Church was not so much a radical departure from everything I had known before; it was a new chapter that allowed me to embrace and build upon it. The church accepts my baptism, and I thank God for the tradition in which I was raised.

I will officially enter into the church at Easter. As the host passes my lips, I will remember Pope Francis’ encouraging words in “Evangelii Gaudium,” that the Eucharist “is not a prize for the perfect, but a powerful medicine and nourishment for the weak.” Though Catholics tend to sing about the blood of Christ in eucharistic, rather than baptismal, terms, I will probably also hum the chorus from “Victory in Jesus,” reminded that his blood truly does make me clean. 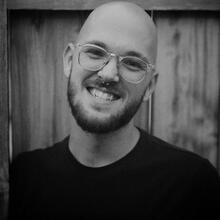 Grant Hartley is a seminary student, speaker and freelance writer living near St. Louis. He cohosts the “Life on Side B” podcast (Twitter: @lifeonsideb), which facilitates conversations among Christian sexual and gender minorities on faith, sexuality and gender.

@thegranthartley
Show Comments ()
Join the conversation: Login or create an account
Before you can comment, you need to update your profile to include your first and last name, as required in our comments policy. Then reload this page and you'll be set up for commenting. Update your profile