I’m a nun who has ministered to transgender people for over 20 years. These are some of their courageous stories. 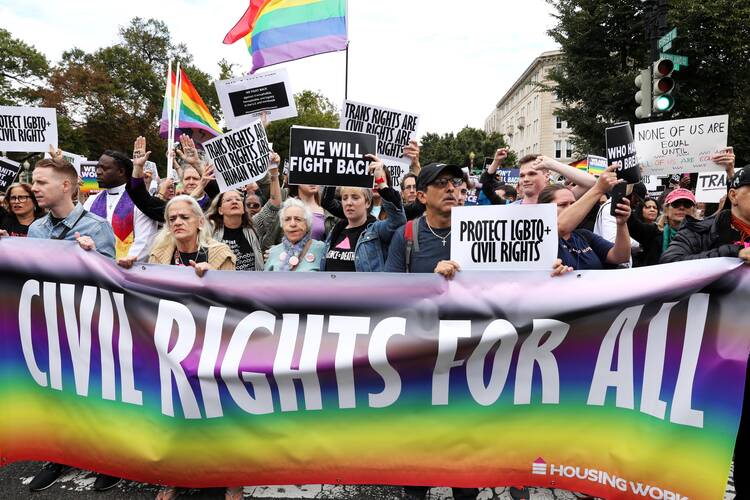 Courtney Sharp is the first transgender woman I met, back in 1999, and we have remained friends all these years. I got an email from her recently. She had just read the document from June 2020 written by retiring Archbishop Robert Carlson regarding transgender people. She began her comments by saying, “I’ve been thinking about how Christians can take a simplistic view of things and quickly reach harmful conclusions that support their predetermined concepts.” What he said about her and other transgender people did not at all reflect who she is. Like her, I was deeply disheartened by his statement.

What is said about transgender people is personal to me since they have profoundly shaped my ministry and my own life in God for more than 22 years. When I began to minister among them, very few people even knew the word. In the last few years transgender people have become much more visible, but given the fact that there are only about 1.5 million trans people in an American population of about 330 million people, most Americans don’t personally know someone who is transgender. As a result, there is a lot of confusion about what “transgender” means and how cisgender Catholics should think about and relate to the transgender people in their midst.

Archbishop Carlson is the most recent of several bishops to offer directives about transgender people to the Catholic faithful of their dioceses. Like other bishops before him, the statement begins by declaring how important it is that transgender people be respected and treated with compassion and sensitivity as children of God.

There is a lot of confusion about what “transgender” means and how cisgender Catholics should think about and relate to the transgender people in their midst.

But then in short order comes the foundational message that the very existence of transgender people is impossible because God does not make transgender people. They are suffering from a psychological disorder, and we must gently and respectfully help them understand that they are not who they say they are. Furthermore, they are risking their eternal salvation by putting themselves above God in believing they can change their bodies based on superficial feelings and selfish wants, or some kind of “gender ideology.”

However well-meaning bishops may be, I cannot say strongly enough that it is impossible to extend respect and compassion for people while declaring at the same time that they do not exist.

Courtney went on to say that some people “believe they need only look at X and Y chromosomes and Genesis 1:27 to know what God intends for someone’s life. God created us male and female. That’s all we need to know. It’s that simple.” But it is not nearly that simple. No human being’s life can be reduced to such absolute binaries.

I have known transgender people for years before they transition and for years after they transition. I have spent thousands of hours with them in their home, in my home, in their church, in my church, with their families, for birthdays and funerals. I have cried with them, and I have rejoiced with them. Transgender people are far more attuned than most of us to the reality that we human beings are a complex, mysterious, body-spirit creation of God, and they want nothing more than to honor that reality.

Their process of transitioning is one of growth into wholeness and holiness. What they experience is classic Christian conversion of life, of transformation in God. What I have witnessed hundreds of times in their lives is what we Catholics call the paschal mystery.

I cannot say strongly enough that it is impossible to extend respect and compassion for people while declaring at the same time that they do not exist.

For most of us, our own inner sense of who we are and how everyone else perceives us aligns. We take that congruence for granted and cannot imagine that it could be otherwise for anybody. But for a fraction of the human family this congruence is elusive for reasons we still do not fully understand. For those who are not transgender, it is often difficult to grasp the depth of suffering caused by trying to be a person they know they are not. That often leads to depression, isolation and self-destructive behaviors.

Dawn Wright transitioned many years ago and lives in Florida. She is a professor of business analytics at Western Governors University. But when I met her in 1999, she was 54 years old and still desperately trying to fight the fact that she was transgender. She had attempted suicide several times and was extremely fragile.She painfully acknowledged many times, “I didn’t ask for these feelings. They were just there inside me. For decades I prayed every day to want to be a man, but those prayers didn’t help.”

Dawn, like thousands of others, made herculean efforts to be the person everyone told her she was. It did not work for her, and it does not work for any transgender people.

After years of trying, when they can no longer pretend to be who they are not, they enter the second movement of the transformation process. They make the profoundly risky and courageous decision to live from a place of truth rather than untruth. They finally admit to themselves that they can no longer sustain the pretense of trying to be who they are not. That acknowledgement comes only after doing the hard work of self-knowledge in therapy and after extensive prayer. Then gradually and carefully they begin to make life-changing decisions toward living as their authentic selves. Many lose their family or job or friends or faith community or all of these things! How many of us have paid that kind of price to live with integrity?

Their process of transitioning is one of growth into wholeness and holiness. What they experience is classic Christian conversion of life, of transformation in God.

Sara Buechner is a concert pianist and the recipient of several international awards. I have known her for 14 years. She is currently a master teacher at Temple University in Philadelphia. She had an international career that utterly crumbled when she began to transition. It was two and a half years of unimaginable loss. She testifies, “But within my body there was complete calm because the journey within was integral to myself, and it was a journey made not alone, but with God.”

Gradually, over a period of more years, as they make their way through the painful and complex stages of transition personally and publicly that is unique to each person, self-hatred is replaced by self-love. They regain confidence in their own perception of reality. They are finally at home with themselves and with the world around them. And with God. They have made the passage from what was death-dealing to what can now be life-giving. This is living the paschal mystery.

Scotty Pignatella is a systems engineer in the aerospace industry and lives in Tucson, Ariz. His avocation is photography, and I have known him for 14 years also. He has told me many times that the best pictures are not in the brightness of day or the darkness of night, but in the transitional and nuanced light of dawn and twilight. He likes to say, “I am twilight. I am of God and I have beauty in this world that can only be viewed by those who choose to see it.”

I testify to you that transgender people are who they say they are.

This sacred journey of living into one’s true self in God does not look the same for everyone. We are not cookie-cutter people. But I testify to you that transgender people are who they say they are. I know this because when any of us live from the place of honesty and truth, God is present. I experience the gifts of the Holy Spirit in transgender people who claim their true identity in God. I see peace, joy, compassion, wisdom, love and a lot of forgiveness.

They are part of the body of Christ, and they deserve to be treated as the body of Christ. They are not perfect. None of us are. After transition they struggle with life’s issues the way all of us do, but now they navigate these challenges with their integrity intact.

Transgender people are not delusional or trying to play God. They are not victims of gender ideology. They are who they say they are. For all these years my mantra to them has been, “The truth always leads us to God and never away from God. Keep your heart and your life close to God and God will show you the truth of who you are and how to live from that place of truth.” 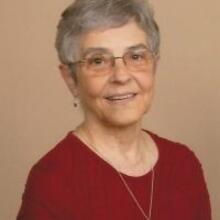 Sister Luisa Derouen is a Dominican Sister of Peace and has been ministering among the transgender community nationally for over 22 years. A version of this essay was originally published by the Catholic Health Association.