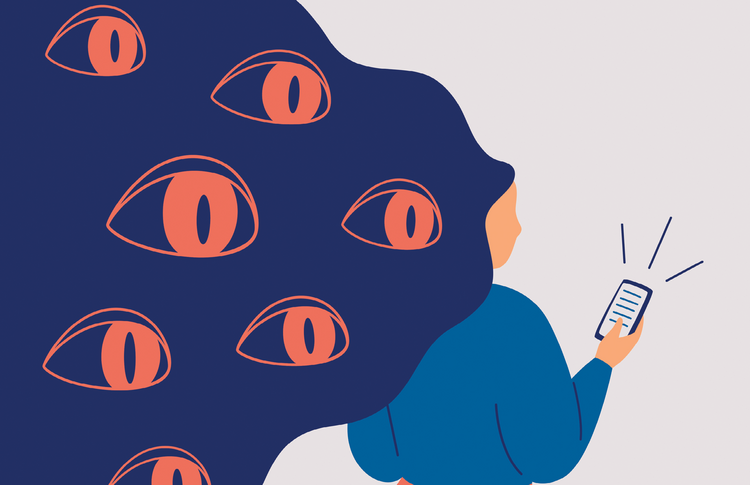 Privacy is greatly endangered today. Is there any doubt? A host of hungry spies devour our digital trails and seek everything there is to know about us. The Covid-19 pandemic has accelerated and deepened our reliance on digital media that make our private information vulnerable as a matter of course.

Are we concerned? Are we worried? It is often hard to tell.

Many of us will say we care about privacy, and we register concern over invasive surveillance programs. Americans in particular value respect for privacy; it is arguably a quintessential American value. Our behavior suggests otherwise, however. We seem all too willing to sacrifice our personal data to take advantage of the wondrous conveniences of the digital economy. Indeed, many are willing to share intimate information for no obvious trade-off, divulging embarrassing details on social media.

The implicit importance of privacy is communicated across American society.

Privacy is at once the best-known and least-known virtue. Our curious and conflicted relationship to it—our tenuous grasp of it, and poor appreciation—is a prime reason privacy is in crisis today. It is easy to take it for granted in the digital age and to see little reason to protect it.

“The history of America is the history of privacy,” the historian Frederick Lane affirms. He sees the American Revolution as motivated in no small part by privacy concerns. The colonists objected, for example, to British troops occupying their homes and invading their warehouses and workplaces. If privacy has been an important value from the start, however, people might be surprised to know that the term is not mentioned in the U.S. Constitution.

A right to privacy was articulated a century later, in an influential essay co-written by the future U.S. Supreme Court justice Louis D. Brandeis. Not until the 1960s, when Chief Justice Earl Warren presided over the Supreme Court, did the right to privacy receive the full legal recognition and sanction that Brandeis had anticipated. Justice William O. Douglas was its most passionate defender; he argued that though a right to privacy is not spelled out in the Constitution, it is implied by several articles in the Bill of Rights.

What is more, the implicit importance of privacy is communicated across American society. Our absurdly popular gun culture, an outlier among liberal democracies, affirms an especially virulent form of individualism. Gun rights advocates support “castle doctrine” laws that protect a person who shoots an intruder in that person’s home; they also preach the virtues of “open carry” laws that allow a person to ward off would-be criminals at the sight of a weapon. Guns keep unwanted people away—including, supposedly, the government. Guns preserve individual peace, security and freedom.

The structure of suburbia, where most Americans live, seems to affirm the dominance of privacy concerns as well. Indeed, privacy seems to be its central organizing principle. Suburban homes sit on generous lawns, spaced far from the street; sidewalks are often rare in subdivisions—so as not to invite wandering strangers. Socializing takes place in fenced-in backyards or spacious basements. Everyone has their own bedroom—sharing is less necessary now that house sizes have grown by a third since the 1970s, while the number of residents per household has fallen.

American suburbanites are swimming in private space. In our digital lives, however, we care little about it.

American suburbanites are swimming in private space. In our digital lives, however, we care little about it. We retreat to private physical spaces but then go online and expose ourselves—or willfully, knowingly, share data.

When we muster an objection to privacy invasions, we call them “creepy.” One commentator ascribes a high “creepiness” factor to the imminent networking of digital devices in your home—when your “heater or clothes dryer monitor how much power you’re using, or …your fridge [alerts] you that you’re low on milk.” Another journalist deems a new start-up company “creepy” for producing detailed tenant reports for landlords, culled from the tenants’ social media use. When the reporter saw her own tenant report, she was dismayed to find that it included a “percentage breakdown of my personality traits, a list of every time I’ve tweeted the words ‘loan’ and ‘pregnant,’ and the algorithm’s confidence that I’ll pay rent consistently.”

The word “creepy,” however, is a particularly useless descriptor. It suggests you detect something is wrong but can’t say what exactly. It is wholly ambiguous, uncertain, unclear.

Our strange relationship to privacy, which is at once familiar and unknown, evokes a deeper problem at the heart of this notion: It is deeply incoherent.

Our strange relationship to privacy, which is at once familiar and unknown, evokes a deeper problem at the heart of this notion: It is deeply incoherent.

Consider John Stuart Mill’s influential defense of privacy, which is a touchstone for civil libertarians and a foundational formula for liberal democracies. In a free society, Mill argues, citizens must be allowed to say and think what they will, even if it is offensive or noxious to some. In cases of censorship, it is not principally the censored who suffer, but the rest of us—the whole of a free society. Censorship has a chilling effect; it dissuades brave and courageous deliberation, from which expansions of liberty come. New civil rights claims, for example, are always offensive to some, or many, at the start. They require privacy in which to germinate.

Isaiah Berlin sums up Mill’s argument thus: “The wider the area of non-interference, the wider my freedom.” In Berlin’s view, this immediately raises troubling questions. For example, what exactly constitutes “interference”? And when exactly am I interfered with, in such a way that my courage to think freely has been hindered? What leads me to feel I am coerced—and am I sure? In short, the boundary between interference and non-interference, or between interference that is acceptable and not, is more than a little vague.

Furthermore, won’t it vary from person to person whether they feel interfered with or not? What seems like an intrusion to me may not seem so to others. What I judge to be coercion may be due to my unique sensitivities; if I repel or ignore this coercion, this may be due to inner resources that are largely beyond my control, such as character, which is cultivated and instilled by the community.

When our spies know much about us, privacy advocates warn, they will use that information to prod us, influence and manipulate us, and undermine our free will.

Community as the Solution

When our spies know much about us, privacy advocates warn, they will use that information to prod us, influence and manipulate us, and undermine our free will. This loss of autonomy, the surrender of free will, is the greatest threat posed by our surveillance society, they argue. Researchers have discovered that people are more able to withstand efforts at manipulation when they take time to premeditate and mull over their options and decisions. But a habit of reflection is something our digital economy, moving at light speed, assiduously roots out. This habit is a matter of character, however; and as Aristotle argued, character is the fruit of community support and nourishment. Community, it turns out, offers a solution to pervasive surveillance and its attendant threat to freedom.

Privacy advocates campaign for stronger regulations, which might give consumers greater control over their data. The European Union’s General Data Protection Regulation is an important model. It requires companies to explain why they are collecting and processing your data, how long they will hold it and how they will protect it. The general idea is that consumers will have more power to decide who they want to share data with, and when and how much.

But how shall we be expected to use this power effectively or responsibly—or at all—given the ambiguities inherent to privacy? What’s more, since people manifestly care so little about privacy, it seems odd to give them more power to control it. Civil libertarians, following Mill, claim that privacy is important to our freedom. Their case is made problematic, however, by the unavoidable ambiguity of privacy. Luckily, American history offers clear lessons about the proper ingredients of liberty; its foundation is in the public, not the private sphere.

Civil rights activists in the 1950s and ’60s never enjoyed the kind of privacy Mill lauds, in which they might carefully sow and cultivate the germ of dissent. That did not, however, prevent them from overturning legal segregation. Though persecuted from the start, civil rights activists were able to overcome this by coordinating efforts in bold and creative demonstrations in the public realm. Consider, for example, when civil rights activists occupied segregated lunch counters; or the “children’s crusade” that Martin Luther King Jr. orchestrated in Birmingham, Ala., where singing children poured out of churches in peaceful, exuberant marches to occupy the downtown area.

Consider also the long and prominent history of the labor movement in the United States. Union members were perennially hounded and often oppressed. Many corporate bosses operated like General Motors, which ruled Flint, Mich., in the 1930s with an iron fist. One worker said that G.M. officials “so completely run this town and have it so well propagandized to their own good that one doesn’t even talk here. You have no liberties at all. You couldn’t even belong to a union and breathe it to a soul. That soul would probably be a spy.” This did not prevent G.M. workers from orchestrating one of the most remarkable strikes in U.S. history, when they sat down on the job and occupied factories for over a month. They endured withering assaults from G.M. but, thanks to solidarity, persisted—and prevailed.

Privacy might seem like an important American institution and enduring value borne through history and advertised across the cultural landscape. But public organizing and coordinated protest have repeatedly displayed their own power in sustaining and expanding our liberty.

We should recall this older tradition. It alone may help us endure the mounting threats to privacy, our growing vulnerability in the digital sphere and the ferocious hunger of myriad spies who would co-opt and compel us. 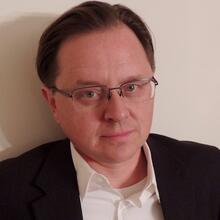 Firmin DeBrabander is a professor of philosophy at the Maryland Institute College of Art in Baltimore and author of the upcoming book Life After Privacy.

@Firdebrabander
Show Comments ()
Join the conversation: Login or create an account
Before you can comment, you need to update your profile to include your first and last name, as required in our comments policy. Then reload this page and you'll be set up for commenting. Update your profile