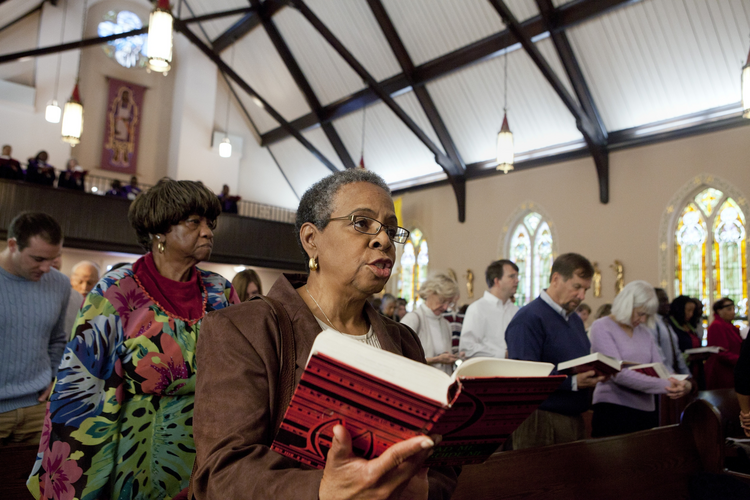 My father has only been angry at me once for my faith. This is the man who drove me every Sunday to Mass before I could drive, who taught me the Our Father, the Hail Mary and the Glory Be.

One Sunday, my RCIA teacher had grown tired of my questions. For those who know me, this is easy to imagine. She gave me a golden book about the saints called “My Book of the Saints.” I read it from cover to cover, over and over again. On this particular Sunday, I read to my father about the saint for September 9th. The year was 1999, but this book must have been from the 1960s.

“It says here, St. Peter Claver is the patron of colored missions.” My father looked at me and said nothing. And that look pierced deeper than if he had slammed the book out of my hands. I closed it, and I never mentioned Peter again.

We often hold up Peter Claver to excuse our neglect as a church of people who look like me. I say this as the only Black American Jesuit in formation on Earth.

We Jesuits hold Peter Claver up and hide behind him. We love to include in our retelling of his very hagiographical life, how, at the end of his life, after “all he had done for the negroes” he was woefully mistreated by a black slave. The truth is, however, that even though Peter baptized thousands of enslaved people, he himself owned and mistreated enslaved people throughout his Jesuit life. (For more information on St. Peter Claver and his relationship to race and slavery, see “Fugitive Saints: Catholicism and the Politics of Slavery” by Katie Grimes.)

[Related: Who is St. Peter Claver?]

A certain protected memory of Peter Claver is often used by white Catholics and ministers to distance themselves from actually engaging in ministry or relationships with Black Americans. Yet this false image of Claver, rather than absolving Catholics of their responsibilities towards Black people, is an even more scathing indictment of our indifference. Our image of Claver is a call to all of us Catholics to be who he was not.

She needed a Catholic who was unafraid to speak to her, and speak to her about the faith, but there was none for her.

My great grandmother was illiterate but brilliant. She longed to have the Gospel preached to her, but the sisters simply passed her by—day in and day out, as she scrubbed their floors. When my great aunt, her daughter, died of rheumatic fever, the mother superior gave her a crucifix. That sacred talisman was passed down from her, to her daughter, to her grandson—my father, to me. She revered it. She would have become Catholic in a heartbeat. She needed a Catholic who was unafraid to speak to her, and speak to her about the faith, but there was none for her.

My grandmother was a single mother. She married my grandfather, but for complicated reasons, the marriage never worked. She knew that the Franciscan nuns who ran the colored mission school in the neighborhood gave the best education, so she gave every dollar that she had to send her four children to Catholic schools.

My father tells the story of how he would show up at the first of the month with a handful of crinkled one dollar bills to give to Mother Judith Anne. She was strict, but she loved her students. She would quietly accept the money—way less than the price of actual tuition—and wave my father and his siblings into their classrooms. My grandmother would confess to my mother years later that she always dreamed of becoming Catholic. Nevertheless, due to her failed marriage, she never dared to try. The Church, for its part, never dared to reach out to her. She needed a Catholic who was unafraid of her, and willing to speak to her about the faith, but there was none for her.

We Jesuits hold Peter Claver up and hide behind him.

My father and his siblings all converted to Catholicism with gusto. My father, encouraged by the Franciscan friars, wanted to be an altar boy and maybe even a priest. My dad, my aunts and uncle loved their little black church. During desegregation, it was closed and they were forced to go to the white church where they were reviled and rejected. And so they left the faith. They needed Catholics who were unafraid of them, and willing to welcome them back into the faith, but there were none for them.

Peter Claver is a saint. While his record on the treatment of Black people is less than savory and often manipulated, he is still someone who was unafraid to be in close proximity to Black people. He believed that they were worthy to be baptized into the Catholic faith. In this regard, Peter Claver is the exception, not the rule. So often, as was true in my family history, white Catholics and ministers hold Black people at an arm’s length.

Today, we Jesuits pride ourselves on our Nativity and Cristo Rey Schools, which serve  predominantly students of color. We teach kids of color, and put financial resources towards their education. Yet, the number of Jesuits actually working in these institutions remains small. If the Holy Mass, as we opine ever so eloquently, is the source and summit of our lives, then why do we have four or fewer Masses per year at our schools for children of color? Why do we hold back on owning our Catholic faith for them? Is it because they are mostly Protestant? Is it because we fear offending their sentiments? Is it because we don’t believe that we have truth to offer to the world in the name of Him who ordered us to carry His good news to all the world?

In our schools today, there are beautiful black children who have yet to hear about our Catholic faith in its fullness. In this Black History Month, will we rise up and be for them what even our ideal failed to be? I hope and pray so. St. Peter Claver, pray for us. 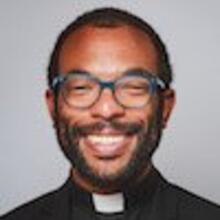 Christopher Smith, S.J. - The Jesuit Post
@Chris_SmithsJ
Show Comments ()
Join the conversation: Login or create an account
Before you can comment, you need to update your profile to include your first and last name, as required in our comments policy. Then reload this page and you'll be set up for commenting. Update your profile