My parish is my home. I won’t let one homily that I didn’t like drive me away. 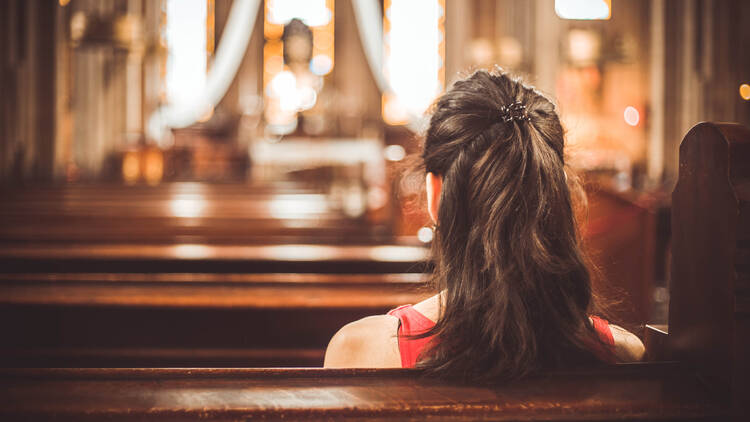 A few weeks ago, I heard a homily that I didn’t like. It started as a reflection on the natural law but eventually veered into an argument that Christians in our society are being persecuted and forced underground. Just days before this Mass, the United States witnessed the inauguration of its second Catholic president, sworn in by the Catholic chief justice, witnessed by the Catholic speaker of the House of Representatives and a cavalcade of Catholic artists and poets. Having lived through the summer of hate in Charlottesville in 2017, I think that it is Muslims, Jews and other religious minorities who are persecuted in this country, not Christians like me.

Five years ago, this homily would have sent me running for the hills, or at least to another parish. In fact, five years ago, a homily did send me running to another parish. It was on Jesus’ conversation with the rich young man in Matthew 19, and the pastor decided it was important to preach that poor people can sin, too. The homily was followed by a fundraising appeal.

Five years ago, a homily did send me running to another parish. The pastor had decided it was important to preach that poor people can sin, too.

At that time, I had just defended my dissertation in theological ethics. I still felt the zeal of a newly minted theologian, exacting precision and consistency in discussions with everyone from my graduate students to my greengrocer to my mom. I am positive that this tendency was annoying to all those around me. Even so, I am convicted that Matthew 19 is an indictment of people of wealth and power, not of those who are poor.

Taking advice from Catholic friends, I decided to try another parish down the road. I didn’t like that this new parish didn’t have kneelers and that the walls of the sanctuary were plain white. But the pastor, deacons and parishioners were warm and welcoming. The preaching felt challenging but familiar. My family became regulars at the Saturday vigil Mass.

Then our pastor was abruptly moved to another parish. The unexpected change left me feeling unmoored in my faith, not sure how to relate to the parish in my grief for the loss.

Hearing the homilies from the perspective of an overwhelmed mother, I started to hear mercy and compassion where I once only heard mistakes.

One Sunday, I decided to attend Mass at the parish I had left. Not much had changed there in four years. But a lot had changed for me. While I used to critique homilies from the comfort of my pew, I now spent at least half the Mass chasing my toddler in the narthex. And hearing the homilies from the perspective of an overwhelmed mother, I started to hear mercy and compassion where I once only heard mistakes. By early 2020, my family had migrated back to our former parish with a renewed hope that, despite any disagreements with pastors or fellow parishioners, we belonged there.

Then came the pandemic. I attended Mass in mid-March and then not again until mid-August. So far, I am the only member of my household to return and only to sparsely populated weekday Masses. While I lament the absence of my squirming toddler, I can once again listen to homilies with a critical ear.

Pope Francis: Mass is never just ‘listened to.’ It’s ‘celebrated’ by all the faithful (not just priests)
Pope Francis

But maybe because so much has happened in the past five years, a discordant homily does not make me want to run away. My pastor’s words a few weeks ago caused me to ponder, discern and pray instead of feeling the urge to assert, fight and win. In these excruciating times, I am acutely aware of my need for Jesus and how much that need exceeds my need to be right.

It is possible for a homily to go beyond objectionable and become abusive. No one should be forced to listen to preaching that undermines the image of God in each one of us. But a decision to leave because of one homily would have meant avoiding the challenging work of building a relationship with a pastor with whom I sometimes disagree but always love. I have a place at my parish even when I disagree with my pastor. I have decided that I am not ceding the church anymore. By virtue of my baptism, I have a place at the table. I am not giving up my pew or my place. 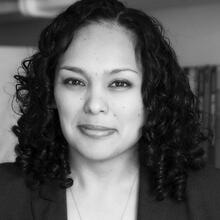 Nichole M. Flores is an assistant professor of religious studies at the University of Virginia, Charlottesville, Va.

@nicholemflores
Show Comments ()
Join the conversation: Login or create an account
Before you can comment, you need to update your profile to include your first and last name, as required in our comments policy. Then reload this page and you'll be set up for commenting. Update your profile