Vatican charity, Aid to the Church in Need, admits its founder was accused of assault 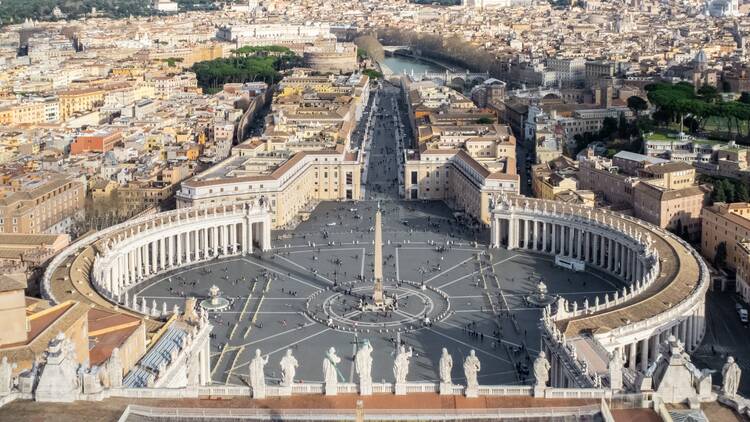 Photo by Ariel Pilotto on Unsplash

ROME (AP) — A pontifical foundation has admitted that its late founder was credibly accused of sexually assaulting a female employee, who came forward in 2010 after learning the deceased priest was being considered for possible beatification.

Aid to the Church in Need, which raises money to build and rebuild churches and train priests in poor countries, said it “deeply regrets” and condemns the alleged behavior of the Rev. Werenfried van Straaten, who died in 2003.

The Koenigstein, Germany-based charity posted a statement and a 26-point question and answer note on its website Wednesday after German newspaper Die Zeit reported on the allegations, which are the latest in a string of sexual misconduct claims against charismatic founders of Vatican-sanctioned religious orders, movements and Catholic charities.

The charity, which van Straaten founded in 1947, said the claims were reported to the Vatican, which found no other similar claims against the priest and that no criminal prosecution occurred because he had died.

Aid to the Church in Need is now a Vatican-sanctioned pontifical foundation that works in particular in places where Christians are persecuted. In 2019, it raised some 106.3 million euros ($129 million) to support some of the more than 5,000 projects it operates around the world.

Aid to the Church in Need, which raises money to build and rebuild churches and train priests in poor countries, said it “deeply regrets” and condemns the alleged behavior of the Rev. Werenfried van Straaten, who died in 2003.

In recent years, it has been particularly active in the Middle East, helping Christian communities rebuild after being targeted by Islamic extremists.

The case involving the former employee was kept under wraps until Die Zeit this week reported on a Nov. 23, 2010 letter penned by a Vatican-appointed investigator who had been sent to look into organizational and management problems in the charity as part of a reorganization plan.

The investigator, Bishop Manfred Grothe, wasn’t tasked with investigating the late founder, but was so alarmed by what he learned that he alerted the Vatican in hopes of putting an end to the nascent campaign to beatify van Straaten, the first step to possible sainthood.

Die Zeit, which said it had seen the letter, said Grothe identified four problems of Catholic morality involving van Straaten’s life, including “an attempt of sexual violence, exorbitance in the conduct of life, substantial deficits in personal conduct and a disposition toward fascist ideas.”

Grothe recommended against any financial payout to the woman, noting that van Straaten had paid her father 800,000 Belgian francs, or about 20,000 euros. In its response Wednesday, the charity said the payment was made in the mid-1970s and concerned “unfair treatment” the father endured when he left his job at Aid to the Church in Need. It said the money was unrelated to the assault suffered by the man’s daughter, who also worked at the charity.

Aid to the Church in Need said there were certainly problems in van Straaten’s management style and that the allegations of excesses in his personal life involved alcohol and food. It said it kept the allegations against him quiet because the woman requested confidentiality.

The charity also said it had no evidence of any fascist leanings in van Straaten’s writings. But it noted that it had never backed his beatification cause and said it never will.

As a result of Grothe’s report, the charity embarked on an organizational overhaul and said it put in place modern management, control and oversight bodies, as well as safeguarding mechanisms in 2019.