John Courtney Murray paved the way for Joe Biden. But does the Jesuit’s theory of America still stand today? 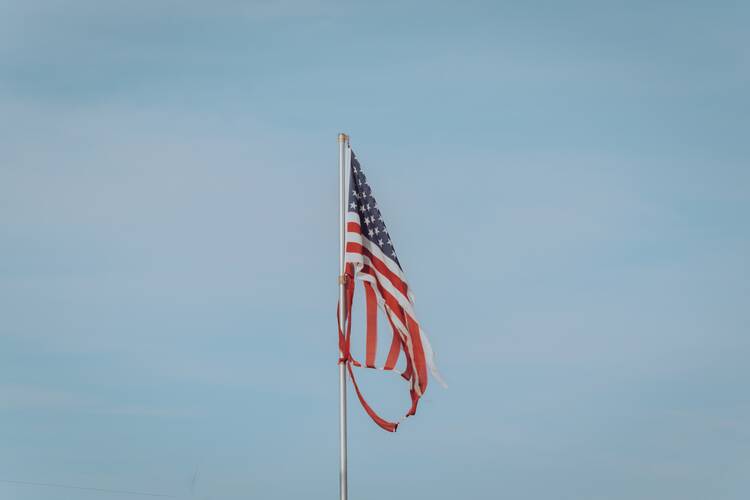 One of the effects of the Donald Trump presidency, especially following its nightmarish denouement at the Capitol on Jan. 6, is the call for unity and civility in national politics that we have been hearing lately. When Catholics issue these calls, they are often accompanied by the name of John Courtney Murray, S.J.—so it is hardly a surprise that Massimo Faggioli recently suggested in America that President Joseph R. Biden Jr. and all American Catholics should be grateful to Murray for pointing the way to our participation in the U.S. public square. But as we give thanks for and raise a glass to Murray, we should probably temper our gratitude and be mindful that “the Murray project,” as it is sometimes called, brings with it some caveats.

For one thing, Murray was not, as Faggioli implies, a liberal Democrat. True, he did help John F. Kennedy with his 1960 speech to the Baptist ministers in Houston that attempted to calm their fears of a Catholic becoming president; Theodore Sorenson read the speech to him over the phone and he approved it. But whom Murray himself voted for a few months later is quite another question.

Voting for a Democrat for president was not as fraught in 1960 as the issue of abortion later made it for many Catholics. Murray died before 1973, but he would surely have regarded abortion as a moral blight promoted by political operatives in their Brooks Brothers suits (or Gucci high heels). He would also have fought for the religious freedom of those refusing to participate in the practice of abortion by way of tax money or medical training.

For another thing, the warring factions in our country now are not only among the major religious groups, as Murray pictured them, but within religious groups, along politically liberal and conservative—or Democratic and Republican—partisan lines. This is certainly the case with Catholics. What is more, Catholic political pundits and public intellectuals of both parties claim Murray as their mentor and guiding light. For every liberal follower of Murray, like Massimo Faggioli, Drew Christiansen, S.J. and Cathleen Kaveny, there is a conservative follower as well, such as George Weigel, Rick Garnett and Mary Ann Glendon.

In fact, two important books have recently been published backing Murray’s thesis that Catholicism and America are fully and fundamentally harmonious with each other:America on Trialby Robert Reilly and American Catholic by D.G. Hart—both written by political conservatives (from Hillsdale College). The differences between the liberal and conservative Murrayites are deep, perhaps intractable, so much so that when it comes to the supposed harmony between Catholicism and America, one is compelled to ask: Whose Catholicism? Which America?

And then there is the way that Murray’s compatibility thesis leads us to deny or downplay the flaws in the American experiment: the racism, the economic injustice, the use of surveillance on U.S. citizens, the rigging of elections overseas, the extrajudicial drone strikes, the torture of prisoners at black sites, the nuclear brinkmanship. None of these flaws should detract from the blessings and benefits of life in the United States, nor should they detract from the sense of collective relief and hope many of us feel after Jan. 20. But they should make us wary of the kind of slogans and clichés we have been hearing lately surrounding the sacredness of American democracy.

Here is one way to put what I am driving at: On Jan. 18, a presidential advisory commission appointed by Donald Trump released “The 1776 Report.” This report’s explicit purpose is to counter “The 1619 Project” initiated by the New York Times in August of 2019. Here we have two rival narratives of the United States of America: one telling the story of a new secular order giving birth to freedom in 1776, the other telling the story of the founding of a slave nation in 1619. Murray, no guiding light when it came to race, retold the former story in Catholic and Whiggish terms—even going so far as to deem the founding in 1776 and the years that ensued “providential.”

But if we take seriously the alternative story of the 1619 founding (as I do), then we must allow the racist character of the United States to disrupt the romanticized story crafted by Murray. Just as Catholics should be grateful to Murray for dismantling the Catholic Church’s quasi-fascist doctrine of the confessional state, they should be wary of the way he propagated an idealized version of our own imperium. 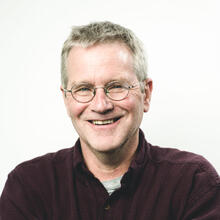 Michael J. Baxter teaches and directs the Catholic Studies Program at Regis University. He is currently completing a book of essays, Blowing the Dynamite of the Church: Radicalism Against Americanism in Catholic Social Ethics (Cascade Press).