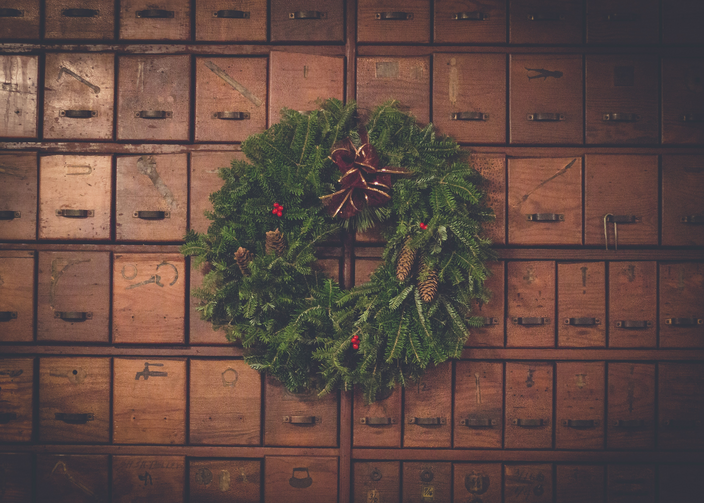 Photo by David Beale on Unsplash

“Are you going home for Christmas?”

It is a question I have been asked a lot, especially in my younger days. When I was away at college or working in Boston or Washington, D.C., or just unhitched and gallivanting, the question made sense. As a middle-aged man who has made a commitment to living in a religious community, it makes less sense. Yet every year, very well-intentioned people who care about me a great deal ask whether I am going home for Christmas.

My response is almost always the same: “I am home. I live in New York City with my brothers in a Jesuit community, and that is my home.” Folks then typically say something like, “Well, you know what I mean.” And in a pre-Covid world, I would say: “Yes, I do. And I will be here at home for Christmas. I will, however, go to Massachusetts after Christmas to visit my hometown and spend time with my family.”

Every year, very well-intentioned people who care about me a great deal ask whether I am going home for Christmas. My response is almost always the same: “I am home.”

They then roll their eyes and smile, which is understandable, because my response is a bit too cute and more than a little pedantic. Still, the answer is quite important to me and, I suspect, to any number of other priests and religious. We are not single people who live together in a boarding house but men and women who have committed ourselves to a way of life, to God, to one another. In other words, our hearts are spoken for and, as the cliché goes, “home” is where the heart is. That is why the answer to this question matters to me, just as it does to you, I suspect, regardless of your state of life.

My Dad likes to tell a story about a Christmas that he spent in the U.S. Army. It was just after the Cuban Missile Crisis and the troops were still on high alert. So, Dad and his fellow soldiers had to stay on post for Christmas. In an attempt to buck up the downhearted, the duty officers decided to play Christmas carols over the P.A. system. It wound up doing more harm than good. “They played ‘I’ll be home for Christmas,’” my Dad says, “and I knew there was no way in hell I was gonna be home for Christmas.”

Just a couple of years earlier, home for my Dad would’ve been Pelham, N.Y., where he grew up and where his parents still lived during his army days. Now, home meant Lake Charles, La., where his wife and newborn daughter were spending Christmas without him. That was where his heart was; the place where he was living out the most important promises he had ever made.

For the first time in my life as a Jesuit, instead of visiting family or helping with Mass in local parishes, all of my brothers will be here, in the community, on Christmas Day.

In that sense, home is not a place, per se, but the place that signifies who and what we love and value most. And given that ours is a God of surprises, we can even find ourselves at home in surprising places. As a young man, I never expected that, in my middle age, this Jesuit community in Manhattan would be home. Then again, Scripture tells us that David expected that God would make his home on Earth in that grand temple David built for him in Jerusalem. God had other ideas: He made his home instead in the womb of a frightened yet fierce teenage girl.

Home is where the heart is.

This year, like the rest of the world, I am in lockdown—all the Jesuits have been grounded and asked not to travel until the pandemic is over. So for the first time in my life as a Jesuit, instead of visiting family or helping with Mass in local parishes, all of my brothers will be here, in the community, on Christmas Day. It is sad we will not be able to see our family and friends. On the other hand, unlike a lot of people, we are pretty lucky. We will be home for Christmas.

1
Our religious studies programs are in trouble. Here’s what we miss out on if we don’t save them.
Shelby Kearns
2
The USCCB parody Twitter account asked people to share when they felt least at home in the church. Catholics had a lot to say.
Molly Cahill
3
Vatican II made changes to the liturgy. It’s time to think about making more.
Thomas J. Reese
4
Communion for the divorced and remarried, papal critics and family life: Pope Francis’ ‘Amoris Laetitia’ at 5 years
Colleen Dulle
5
‘The cathedral is saved’: Notre Dame two years after the devastating fire
Thomas Adamson, Associated Press, Jeffrey Schaeffer, Associated Press 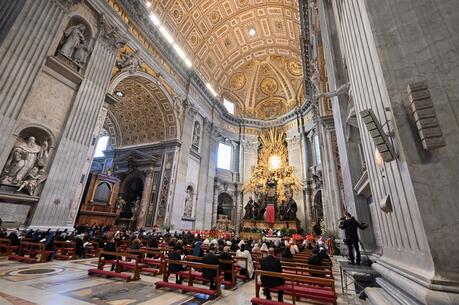