Americans equate beauty with youth. That’s no way to build a country. 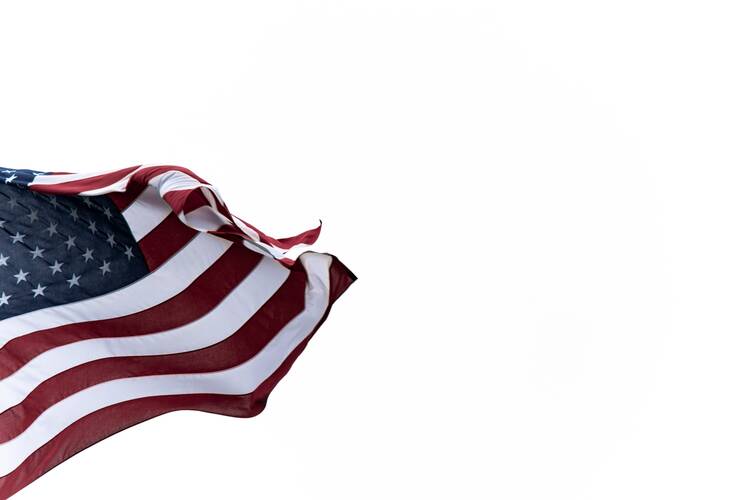 Photo by Donovan Reeves on Unsplash

I have a thing for old buildings, the kind of places, as my Gram used to say, that have “more history than the Bible.” So whenever time, convenience and funds allow (the last being the most serious consideration given my state of life), I like to stay in old hotels, which I think of as les grande dames of a city’s architectural high society. A great, historic hotel not only tells a thousand fascinating stories, but speaks a kind of wisdom—to those who are listening.

The Saint Francis Hotel in San Francisco (now called the Westin St. Francis) is such an oracle. Built in 1904, the original 12-story building presides over the city’s ever-bustling Union Square, a kind of society matron reminding the passersby, in the lyrics of the Stephen Sondheim song, that there have been “good times and bum times. I’ve seen them all. And, my dear, I’m still here.”

The Saint Francis survived the great earthquake and fire of 1906, not to mention two world wars and a great depression. Here is where the career of Fatty Arbuckle, the silent-film star, came to an inglorious end in a scandal that the New York tabloids would still kill to have on their front pages. The hotel hosted nearly a third of the delegates to the founding meeting of the United Nations; Salvador Dalí photographed himself in one of its bathtubs—wearing a lobster on his head; Al Jolson died while dining on bisque in one of its guest rooms; Queen Elizabeth II dined here at a rare state dinner held outside of the Washington, D.C., area; and Sarah Jane Moore tried to assassinate President Gerald R. Ford just outside the lobby.

It seemed to me during a recent stay that the function of the Saint Francis might be changing, or is less certain at least.

And it’s still here. The Saint Francis was built in the style of an Irishman, Louis Sullivan, a Boston native and mentor to Frank Lloyd Wright, who pioneered the use of steel framing in American architecture and is said to have coined the phrase “form follows function.” The key to Sullivan’s idea is that he saw all of creation as a story and he viewed buildings as characters who represent specific times and places, but whose purpose is to advance the story by performing specific functions. Aesthetics are important, but what makes a building beautiful, said Sullivan, is what it does.

Sullivan wrote: “Whether it be the sweeping eagle in his flight, or the open apple-blossom, the toiling work-horse, the blithe swan, the branching oak, the winding stream at its base, the drifting clouds, over all the coursing sun, form ever follows function, and this is the law. Where function does not change, form does not change. The granite rocks, the ever-brooding hills, remain for ages; the lightning lives, comes into shape, and dies, in a twinkling.”

It seemed to me during a recent stay that the function of the Saint Francis might be changing, or is less certain at least. If Mr. Sullivan was right, we know what follows. It is not entirely the hotel’s fault, of course. Tastes have changed, for sure, but the old girl’s slightly tattered beauty is due more to suburbanization, Covid-19 shutdowns, a lack of commerce in the surrounding neighborhood and an abundance of petty crime.

As I wandered the lonely hallways, one of the precious few guests, I wondered what will become of all this—of all the places we said goodbye to in 2020. I don’t just mean the bricks and mortar, but the stories. And not just the stories of the rich and famous. The people who made the Saint Francis truly beautiful were the ones who worked there, not the folks who stayed there. The two doormen who between them served for more than a century. Or Arnold Batliner, who, in an era when white gloves were de rigueur for ladies, operated the coin-washing machine in the basement. It is estimated that in the course of his 35-year career, he cleaned more than $17 million in loose change.

The problem with Mr. Sullivan’s maxim is the extreme to which it’s been taken, which he never intended. In contemporary America, function is too often the only measure of something’s value. This leads to what Pope Francis has called “the throwaway culture.” In this country, we value youth but we don’t value beauty, mainly because we think they are the same thing. But beauty is related to memory in a way youth cannot be. Memory is the soul of conscience, but it is also the muse of art and culture. The persistent desire to create beautiful things stems in large measure from the wonderful memory of what it felt like to first encounter someone or something beautiful.

A people who disdain beauty, or equate it with youth, can form a nation; but they cannot build a great civilization. And that, in the end, should be both the form and the function of the great American story.