Matt Malone, S.J.: Christmas reminds us that there is only one redeemer (and it’s not the president) 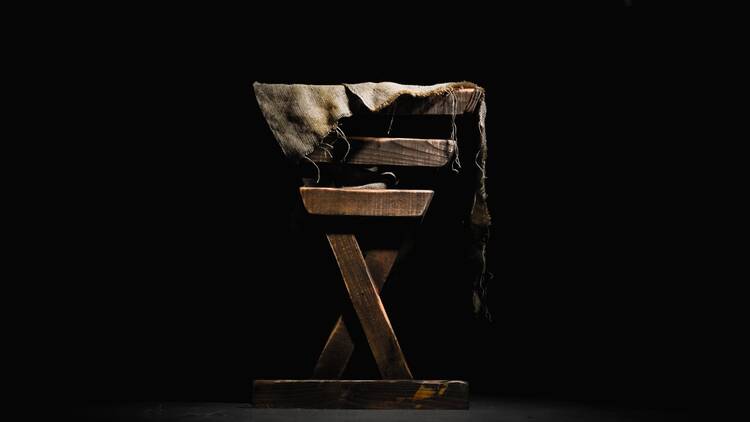 Photo by Greyson Joralemon on Unsplash

Almost as soon as we knew for certain that Joseph R. Biden Jr. had been elected the 46th president of the United States, the 44th president came roaring back into our newsfeeds. Barack Obama is on le grand tour des mémoires, hawking the first of two volumes chronicling his life and presidency. In the published excerpts, one passage in particular caught my attention: “What I can say for certain is that I’m not yet ready to abandon the possibility of America—not just for the sake of future generations of Americans but for all of humankind.”

I agree with every word, though perhaps for different reasons than Mr. Obama. I do not know for certain, but I suspect that the former president is referring in some way to the oft-repeated description of the United States as “the last, best hope of earth.” That phrase is usually yanked out of the context in which Abraham Lincoln used it and then employed to justify some form of American exceptionalism, about which every Christian conscience should have reasonable suspicions. The United States is not the last, best hope of Earth because that role is already taken by the one whose incarnation we remember this month.

The United States is not the last, best hope of Earth because that role is already taken by the one whose incarnation we remember this month.

I’ll give you this though: America is the best thing to come along so far. The United States is a unique achievement in a fallen world. That last part is important. We do not live in any old world, but in a specific kind of world, one forged in the crucible of sin and redemption. We live in the hope that “the arc of the moral universe bends toward justice,” as Martin Luther King Jr. once said; but there is precious little in human history to suggest that it inevitably does. For nothing created is perfect, which is why, as the eucharistic prayer recounts, the Creator sent his only Son to bring “to perfection his work in the world.” The American founders never heard that prayer, but they understood the gist of it, and in the light of its truth they saw government as a means of creating a more just—not perfectly just—political community.

You might be wondering why any of that matters. Many people wrote to me over the last several months asking why America (the magazine, that is) seemed preoccupied with the U.S. Constitution, rather than with matters more overtly spiritual or obviously moral. Some even suggested that our concerns about the Constitution were just a thin cover for our partisan allegiances. Not true. For starters, America the country is what made possible America the magazine. More important, we believe in the constitutional order not in spite of, but because of what our faith teaches us about the reality of sin and redemption.

This Christmas, give thanks for the greatest gift: Jesus
James Martin, S.J.

In the absence of law, we know what follows from the reality that we live in a fallen world: Cain kills Abel. John Courtney Murray, S.J., was wrong about some things, but he was not wrong about the fact that the American constitutional order is fundamentally an attempt to prevent Cain from killing Abel. This journal’s century-long championing of the American experiment stems not from naïve, idealistic or wishful thinking, but from a belief that more than 200 years ago, through an unlikely amalgam of events, this country stumbled onto a form of government that is better than anything previously devised or imagined since.

Yes, I know, the Constitution also involves egregious moral compromises. Like the two centuries of American history that followed its passage, the Constitution involves much of which we are rightly ashamed. It also involves much of which we are rightly proud. Some liberals think there is nothing redemptive about American history. Some conservatives think that only U.S. history is redemptive. Neither are right. The American experiment is not what has redeemed human nature, but neither does it require a revolution in human nature. It merely sets the necessary conditions for a reasonable evolution in human understanding.

In the end, Christmas reminds us that there is only one redeemer. And whether the specific moment of history in which we are now living will mark an evolution or a devolution in human understanding will be determined by the extent to which we are willing to allow that redemptive power to both break us down and build us up. That revolution, inspired by grace, is the reality upon which the success of the American revolution ultimately relies. In fact, it is the only revolution truly worthy of the name.