It’s Advent and it’s okay to be sad 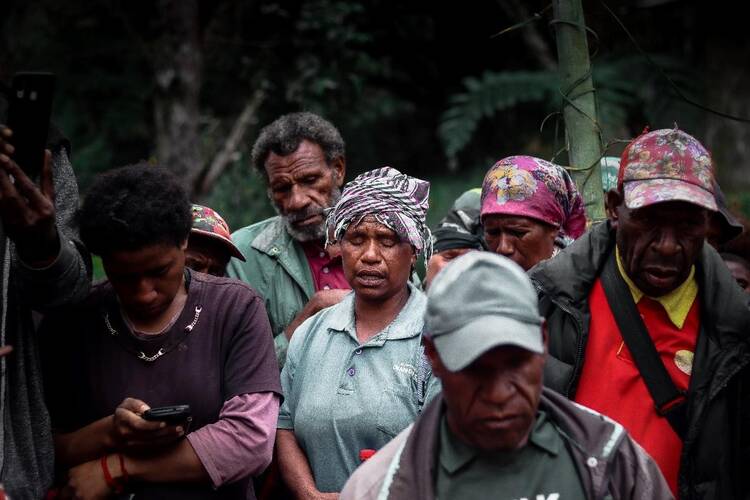 Photo by Ryan Clark on Unsplash

A Reflection for the First Sunday of Advent

Why does distress so often breed division? A Christian might respond with a reversal: because division breeds distress. What we call “sin” is the self-inflicted sorrow that comes when we separate ourselves from God, from the goodness that is God. What we call “God” is the origin of all goodness. And when we turn away from the good, we sow division both within ourselves as a society and within each of us as individuals.

Some would adjudge this to be a fable, one that does not correspond to our contemporary world. But we do experience distress and division, and we show no signs of outgrowing them. Shouldn’t we admit that something is amiss in our very coding? We do not even suffer natural disasters the way other creatures do. We fear them, we resent them, we deny them. We seek to blame them on one another. No animal does this.

Advent begins as an admission. It is okay to be sad, to lament.

Even those who reject this interpretation as fable must give some account for the distress and division within ourselves. Often their attempts are feebler than their rejected fable: a selfish gene, an evolutionary tendency to explain everything that is. If scientific knowledge means predictive knowledge, insight that tells us what to expect, what have you answered when you assert that we humans have necessarily evolved into whatever it is we are? Is this less flatulent than saying that God willed it?

No, something is to be gained by pondering the division that distress can breed, by going deeper than science alone can take us. The philosopher René Girard suggested that the scapegoat stands at the very origin of human society. When primeval humans encountered distress, something that stood between them and the way they thought that the world should be, they began to lash out against each other. Religion arose to satiate the violence by choosing a scapegoat to be sacrificed. What would unite the crowd was hatred of the chosen outsider.

Girard was not proposing a fable. He wanted to identify the origin of fable, or religion and culture itself. It is hard to dismiss his insight if we consider the moral effects of Covid-19. Pondering the spiritual distress of the pandemic raises a question we can never answer and never stop asking: Why did this happen?

We believers are forced to admit to others and—even harder—to ourselves that God has allowed this to occur. What about non-believers? How do atheists, who are normally so vocal, answer the same question? Shouldn’t they be stepping up and saying to the rest of us that evolution’s losers should not be whiners, that we should simply accept a mindless nature as our sovereign? After all, a more evolved humanity will emerge. Someone must be the steppingstone.

Believers and non-believers are both left before an ultimate power that appears indifferent to us. We are still where Gerard began. Our distress breeds our division, and we turn upon some third. We blame the virus’ country of origin. We call the virus a lie because loathing liars is something that we can do. We retreat into individualism. We call the common good “they” and refuse to be dictated to by them. In so many ways we choose division rather than acknowledge our own distress. Science will eventually save us from the pandemic, but who will save us from ourselves?

The Prophet Isaiah took a different path. Advent does as well.

Oh, that you would rend the heavens and come down,
with the mountains quaking before you,
while you wrought awesome deeds we could not hope for,
such as they had not heard of from of old (63: 19; 64: 2-3)

Responding to Romans 8:26, “the Spirit himself intercedes for us with unutterable groans,” St. Augustine explained that as God cannot groan within himself, the apostle must mean that the Spirit groans within us, the church. Indeed, that the nature of the church is to lament, to weep on Babylon’s riverbanks, to accept the will of God rather than respond with the sin of division.

Nor is it a small matter that the Holy Spirit teaches us to groan; for he is reminding us that we are on pilgrimage and teaching us to sigh for our home country, and, with that longing, we groan. The one who is doing fine in this world, or rather he thinks that all is going well for the one whose joy is in material, time-bound things and who rejoices in futile bliss, such a person has the voice of a crow; for the sound of a crow is noisy, not sighing. Yet the one who knows that he is crushed by the weight of mortal existence and is wandering far from the Lord, not yet holding the eternal bliss, which we have been promised, but has it in hope, and will have it in reality when the Lord (who first came concealed in humility) comes in glory, that person groans. And as long as that is the reason for mourning, he does well to groan; the Spirit has taught him to moan; he has learned to moan from the dove (Homilies on the Gospel of John 6.2)

Advent ends in Christmas, but it begins with acceptance. This is not the world we want. We can respond to our distress by sowing division. Or we can moan like the dove, waiting for the Word that will surely come, following the Word to a homeland we have never seen.

It is okay to be sad. Rather than loathe, we lament, because we know of a better land. In a manger and upon a cross we have seen primal goodness in our midst, clothed in humility. Now we moan, because we want him to return, robed in glory.