Editorial: ‘Fratelli Tutti’ challenges the American way of life. Are we listening? 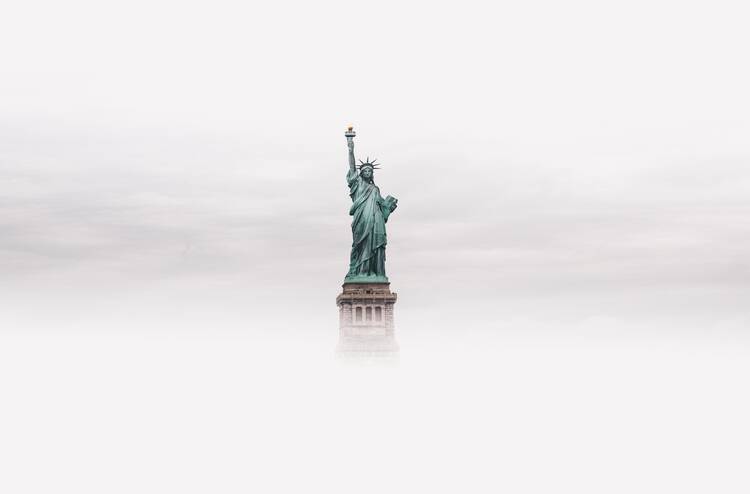 Photo by Luke Stackpoole on Unsplash

Pope Francis devotes the second chapter of his new social encyclical, “Fratelli Tutti,” to a meditation on the parable of the good Samaritan. In doing so, he offers a compelling theological and moral lens for understanding our world, examining our conscience and finding a pathway to universal fraternity and social friendship.

He describes the various characters in the parable: robbers who beat and leave a man to suffer in the street, priests and religious types who step to the other side so they do not have to walk by him. Then comes the foreigner—a total stranger—who gives his tenderness, money and time to care for the wounded person.

If the United States were to answer the question honestly, it would be filled with contrition.

The pope writes, “The true worth of the different countries of our world is measured by their ability to think not simply as a country but also as part of the larger human family.” How exactly, then, does the United States measure up?

“The true worth of the different countries of our world is measured by their ability to think not simply as a country but also as part of the larger human family.”

Who are the people beaten in the street today? It seems impossible that one could list every social injustice that plagues our society, but Francis comes close. The list of ills that plague our broken and divided world includes: war, climate change, the death penalty, poverty, abortion, inequality, unfettered capitalism, racism, nationalism and unemployment.

And Francis reminds us that it is always people who suffer from these injustices: the poor, the disabled, women, racial minorities, migrants, refugees, the elderly, prisoners, the unborn, the lonely.

The events of 2020 and the failure of our leaders to meet the moment have exposed and exacerbated deep-seated social injustice. Racism, our nation’s original sin, has proven to be “a virus that quickly mutates”; the Covid-19 pandemic has affected all communities, but people of color and the elderly have suffered disproportionately; the economic devastation that followed has forced millions of low-income workers to the brink of desperation, while at the same time billionaires’ wealth has grown more than 25 percent.

Pope Francis devotes a significant amount of attention to the plight of migrants and refugees. In 2019, there were more than 272 million migrants worldwide, according to the United Nations. “We can then say that each country also belongs to the foreigner, inasmuch as a territory’s goods must not be denied to a needy person coming from elsewhere,” writes the pope. The Trump administration has consistently sought to curb immigration, legal as well as illegal, setting obstacles for asylum seekers fleeing violence, attempting to end the Deferred Action for Childhood Arrivals program and making it more difficult for green card holders to maintain legal residency in the United States.

The pope identifies the plague of political polarization and the collapse of genuine public discourse as a primary reason for our failure to respond to the moment. Francis warns that “[t]hings that until a few years ago could not be said by anyone without risking the loss of universal respect can now be said with impunity, and in the crudest of terms, even by some political figures.”

The pope identifies the plague of political polarization and the collapse of genuine public discourse as a primary reason for our failure to respond to the moment.

“Fratelli Tutti,” then, beyond serving as an excellent primer on Catholic social teaching, reminds all people of good will that work against the structures of social sin goes hand in hand with personal, individual growth in virtue. This pope has constantly encouraged believers to follow Christ to the peripheries of society, and he reminds us in this encyclical that “some peripheries are close to us, in city centers or within our families.... It has to do with our daily efforts to expand our circle of friends, to reach those who, even though they are close to me, I do not naturally consider a part of my circle of interests.”

While most Americans agree that our national politics are broken, it sadly goes too often unnoticed that our personal neighborliness is also in decline. As David Brooks put it recently in an essay for The Atlantic, “interpersonal trust is in catastrophic decline.” Only 30 percent of Americans believe that “most people can be trusted.” We are at high risk of not knowing what afflicts even the person next door to us. Most Americans know only relatively few of their neighbors, and hardly any know them all. It is a problem that Americans have lost trust in institutions. This country will be ungovernable and unlivable if we all lose trust in one another.

In a pandemic that has shown how limited the protection is that is offered by national borders, the pope’s words strike a chord. But his views could also prove prescient. Nationalism remains on the rise; the world is threatened by weapons of war in the hands of bombastic leaders whose false populisms thrive on conflict and division. Francis warns, “We may often find ourselves succumbing to the mentality of the violent, the blindly ambitious, those who spread mistrust and lies.”

Podcast: How ‘Fratelli Tutti’ is a step forward in Catholic-Muslim relations
Inside the Vatican

But, like Jesus, who was no stranger to political strife and violence, Francis is resolutely hopeful: “Others may continue to view politics or the economy as an arena for their own power plays. For our part, let us foster what is good and place ourselves at its service.”

Surely, the United States has done much that is good in the world. But all this is for nothing without a national reckoning with the political and spiritual crisis that has befallen us. “Fratelli Tutti,” read during an election year, is a reminder that Catholic social teaching offers a profound challenge to the national conscience, but also contains the seeds of national conversion.

During the presidential candidacy of John F. Kennedy, voters fretted that Rome would infiltrate the top levels of our government. Now, one presidential candidate proudly touts his Catholic faith while embracing policies that ignore some core Catholic moral teachings; the other proclaims himself a champion of Catholic values but would likely reject most of the pope’s encyclical. And yet Americans—including American Catholics—do not seem worried that Catholicism’s influence will upend their way of doing things. In “Fratelli Tutti,” the pope has sent a reminder: Perhaps we all should be.