Podcast: How ‘Fratelli Tutti’ is a step forward in Catholic-Muslim relations 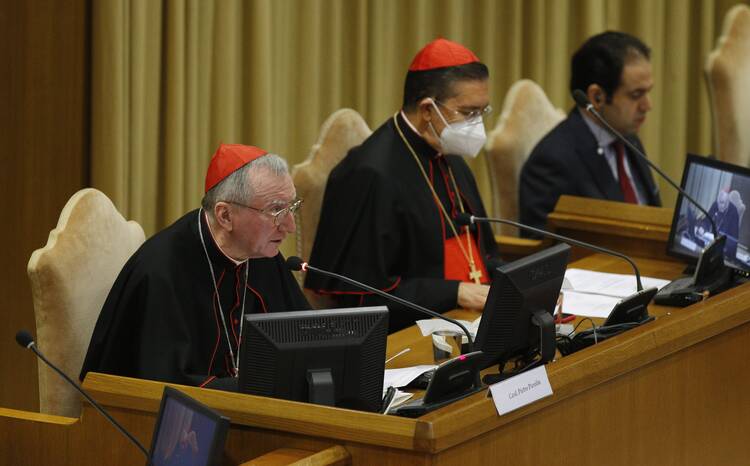 This week on the “Inside the Vatican” podcast, Vatican correspondent Gerard O’Connell and producer Colleen Dulle unpack their takeaways from Pope Francis’ new encyclical, “Fratelli Tutti.”

Listen and subscribe to “Inside the Vatican” on Spotify and Apple Podcasts.

The hosts discuss the pope’s unique interpretation of the parable of the Good Samaritan. Pope Francis devotes an entire chapter of the encyclical to the story, calling on his readers to imagine whether they are most like the Samaritan or the priest and Levite who pass by the wounded man. He examines today’s social issues in light of the parable, saying that it is rare today for someone to give his or her time as the Samaritan did, and that the Samaritan would have been unable to care for the man without the cooperation of institutions like the inn where the man rested and was treated.

Colleen recaps the new developments of the document, including the elevation of Francis’ ban on the death penalty to the level of an encyclical and the doubt he casts on whether modern wars are able to meet the requirements of a “just war” as described in just war theory. Gerry situates the encyclical in the rest of Francis’ pontificate, and the two discuss how “Fratelli Tutti” relates to “Laudato Si’.”

The hosts also discuss the document’s impact on Catholic-Muslim relations. Pope Francis has tied “Fratelli Tutti” to the document on human fraternity he signed last year with the Grand Imam of Al-Azhar, and he chose a Muslim judge who worked with both religous leaders to officially present “Fratelli Tutti” at the Vatican. Gerry gives some insights from his interview with the judge.