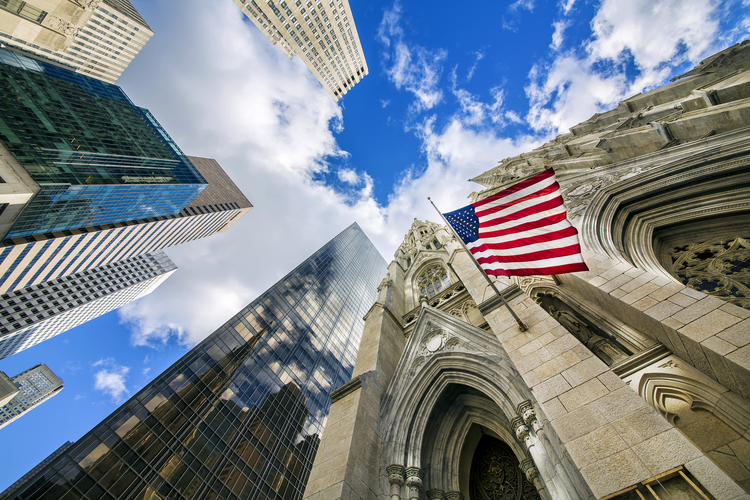 [Explore more from this series: Faith in Reason—Deep dives on complicated questions of theology and philosophy.]

Can Catholic political engagement reverse the secularization of United States culture? Could it even spread the Gospel?

As Election Day approaches in the United States, Democrats and Republicans seek to mobilize the votes of Catholics and other Christians. The Democratic convention leaned heavily on the Catholic faith of former Vice President Joseph R. Biden Jr., and the Republican convention on the personal testimonies of Christians on behalf of President Donald J. Trump. While the religious dimension to the Republican convention was typical for the G.O.P., there was also a certain urgency to it: Mr. Trump is behind Mr. Biden in most polls and seeks to shore up his Christian base.

More broadly, the role of religion in each convention has sparked further debate among Catholics over which party best reflects church teaching. Inevitably, that debate centers around abortion, the focal point of Catholic politics after Roe v. Wade.

The role of religion in each convention has sparked further debate among Catholics over which party best reflects church teaching.

But these debates, as predictable as they are, can feel both surreal and futile, like rearranging the deck chairs on the Titanic. No matter who wins in November, the Catholic Church will almost certainly continue to lose, and in the most fundamental way: spreading the Gospel.

The Catholic Church is no exception to this trend. There has been a significant failure to transmit the faith across generations, and Hispanic Americans, who have propped up the numbers of U.S. Catholics as white Catholics disaffiliate and die, may no longer be majority Catholic.

Why is this disaffiliation happening? People leave the church for all kinds of reasons, although the biggest one might simply be that fewer and fewer people are raised Christian. There are also structural reasons why people drift away, including economic development, although not in the simple ways advanced by classic secularization theories.

People leave the church for all kinds of reasons, although the biggest one might simply be that fewer and fewer people are raised Christian.

This brings us to politics. Catholics in the United States have been engaged in local politics since the 19th century, and their participation in national politics has become more prominent since Roe v. Wade was decided in 1973. But this is precisely the time period in which secularization has increased in the United States.

How might this new reality shape Christianity in the public square?

Are we engaging in politics to defend our faith from others?

If Catholics are alive to this reality, they might come to see their public witness as evangelical. They might ask: Are we engaging in politics to defend our faith from others? Or are we engaging in politics to propose our faith to others? Does the political activity present the heart of the Gospel? Or our narrow self-interest? Non-Christians might not know all church teachings, but they often know hypocrisy when they see it.

Second, there is no easy way to resolve the tension between integration and distinctiveness. Catholics have historically had to work hard to prove their American bona fides. But with Catholics more or less assimilated into our national culture, many Catholics, both lay and clerical, have also shown a strong concern to maintain the distinctiveness of Catholic faith and life.

Both of these impulses have their place, but it seems unlikely that either can work by itself. Focus exclusively on integration and one ends up with Catholic politicians who offer no real leavening to their parties, however many articles are written about their “private” faith. Focus exclusively on distinctiveness and one ends up with a fortress mentality that might preserve itself but cannot communicate to others, and so ossifies and withers.

Third, Christians will have to ask hard questions about short-term and long-term goals. There is a lot of apocalyptic thinking among politically engaged Christians: Vote for Biden now or all is lost. Vote for Trump now or the barbarians have won.

The problem is not so much that there are no emergencies but that the apocalyptic mindset treats every issue as an emergency. And even if there are emergencies, this mode of thinking short-circuits any meaningful reflection. We need more “Don’t just do something, stand there” in our national politics. That’s as true with abortion as any other issue.

That might mean accepting short-term political losses for long-term ecclesial gains, not to mention political gains. It might also mean doing the important but slow work of seeking real change in political parties, from which many Catholics have become disaffected even as they have failed to find a home elsewhere.

Secularism is here in America. What will Christians do about it?

Behind all of this, however, must be a spiritual renewal. How Christians approach neuralgic issues of American life, including on race, economics and sexuality, will have to change and deepen. This renewal alone might be the most attractive thing the church can do. After all, secularism does not mean that people are not seeking to put their faith in something. The spiritual energy on the left is quite strong, although not rooted in traditional churches.

The Editors: In our divided nation, Christians can be models of unity
The Editors

Secularism is here in America. What will Christians do about it? Many Catholics will respond to this data by arguing that it would not be the case if their side were winning. But Catholics are well-represented in both major parties, and Catholicism is still in decline across the country.

What has to be avoided is “inevitabilism”: the belief that one’s side will eventually prevail in the nation’s politics, once the right people and conditions are in place.

Public life is a lot messier than that, far more contingent. And the belief that one side or another will eventually prevail risks confusing the inevitability of God’s triumph with our own. But such is the Christian temptation in politics: hubris.

[Read this next: Many Catholics are disillusioned with both the Republicans and Democrats. Could a third party ever happen?]