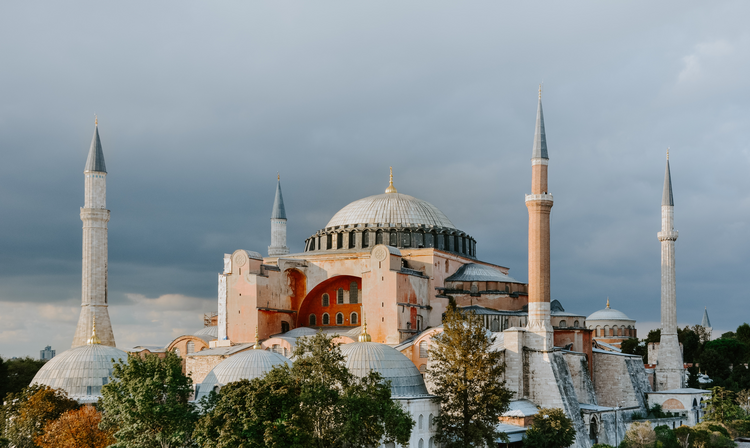 Photo by Adli Wahid on Unsplash

The re-establishment of Istanbul’s Hagia Sophia as a mosque by President Recep Tayyip Erdogan of Turkey is a powerful symbolic gesture, but it lacks imaginative vision. While the Hagia Sophia has always been and should always remain a place of worship, the decision ignores the intricacies of shared memory, the dynamics of contemporary international relations, and the possibilities for cooperation and reconciliation.

The Hagia Sophia was founded as a Christian church in the sixth century, was converted into a mosque in the 15th century and became a state-run museum in 1934. Now it should be transformed into a shared space of worship for both Orthodox Christians and Muslims. As a gesture of good will, the Mosque-Cathedral of Córdoba in Spain—an equally potent symbol of the entangled histories of Christians and Muslims—should also be transformed into a shared space.

As a gesture of good will, the Mosque-Cathedral of Córdoba in Spain should also be transformed into a shared space.

Growing up in the wake of the terrorist attacks in the United States on Sept. 11, 2001, I was introduced to Samuel Huntington's theory of a “clash of civilizations.” I became convinced that national and religious cultures were irreconcilably different, that the best we could do was draw lines in the sand and protect our own. My thinking evolved over the years as I learned about the interwoven, interdependent texture of our cultures. The recent conversations on social media about the Hagia Sophia, however, suggest that we are still drawing lines in the shifting sands.

Built in 537, the Hagia Sophia served as the intellectual and religious center of Eastern Christendom until the conquest of Constantinople by the Ottomans in 1453, when it was converted to a mosque under Sultan Mehmed II. The conquest of Constantinople remains a painful memory for many Greeks and Orthodox Christians today. It is remembered as the loss of a spiritual homeland and the onset of an irreversible decline of religious and cultural flourishing.

The conquest of Constantinople remains a painful memory for many Greeks and Orthodox Christians today.

I understand the popularity of Mr. Erdogan’s decision in Turkey. For many Turks, the 20th-century secularizing reforms of Mustafa Kemal Ataturk ended a rich tradition of Ottoman culture, learning and heritage. When the Hagia Sophia was converted into a museum—a decision that a Turkish court later deemed illegal—neither Christians nor Muslims could openly pray in the complex. The transition back to a place of prayer, a decision with which I sympathize, is understandably celebrated by Muslims around the world, but its significance for Christians should have also been considered.

As an alternative to the current arrangement, the Hagia Sophia could be transformed into a shared space for worship. Such a move might be more acceptable and meaningful if accompanied by the transformation of an equally disputed religious site, the Mosque-Cathedral of Córdoba.

The Mosque-Cathedral of Córdoba was originally a Visigoth Christian church and was converted into a mosque in 784 by members of the Umayyad Dynasty in Al-Andalus, which covered most of the Iberian Peninsula. It was converted back into a church in 1236 during the Reconquista initiated by Spain’s Christian kingdoms. Today, the cathedral serves as a Catholic church and museum. Like the loss of the Hagia Sophia, a symbol of civilizational decline for Orthodox Christians, the Mosque-Cathedral of Córdoba is now a symbol of the loss of Iberian Islamic civilization, and it remains a source of lament for Muslims today.

Arrangements for shared spaces are feasible. Muslims could have access from sundown Thursday to sundown Friday to accommodate evening gatherings and the Friday communal prayers, and Christians could have access from sundown Saturday to sundown Sunday to accommodate services—Greek Orthodox liturgies in Hagia Sophia and Roman Catholic Masses in the Mosque-Cathedral of Córdoba. Local religious authorities could work together to determine specific concerns, such as locations for icons, iconostases and minbars. For the rest of the week, the spaces would be open to visitors and private worshipers.

There remains the question of how this arrangement could conform to Sunni Muslim, Greek Orthodox and Roman Catholic religious law. The consecration and dedication of churches and mosques—and the determination of who can worship in such spaces—is a topic of understandable concern for all parties. But the case for shared spaces should be considered in earnest by jurists and theologians.

Such a move would be largely symbolic. In Spain and across Europe, church attendance remains low, and in Istanbul most of the thousands of mosques throughout the city remain largely empty during prayer times. But the gestures would be profoundly important for international and interreligious relations.

We recently passed the 25th anniversary of the Srebrenica massacre, in which over 8,000 Muslim men and boys were massacred during the Bosnian War, an example of the terror wrought by festering fears of “the other.” Can we expand our imaginative horizons and consider new ways of learning from and living with others? The reconfiguration of the Hagia Sophia and the Mosque-Cathedral of Córdoba would be a major step forward, a symbolic gesture of hope. Otherwise, we will continue to jealously guard our own shifting plots of sand.

Correction: An earlier version of this story said that “According to records, Sultan Mehmed II purchased the property deed for Hagia Sophia before its conversion to a mosque” in 1453. Because that detail is in dispute, we have simplified the language to say that the Hagia Sophia “was converted to a mosque under Sultan Mehmed II.” 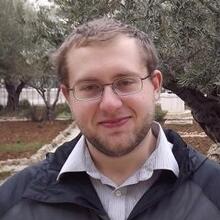 Peter Dziedzic is a Ph.D. candidate in religious studies at Harvard University, where he specializes in Islamic and comparative studies.