Formerly incarcerated people: No, quarantine is not ‘just like prison’

Formerly incarcerated people: No, quarantine is not ‘just like prison’ 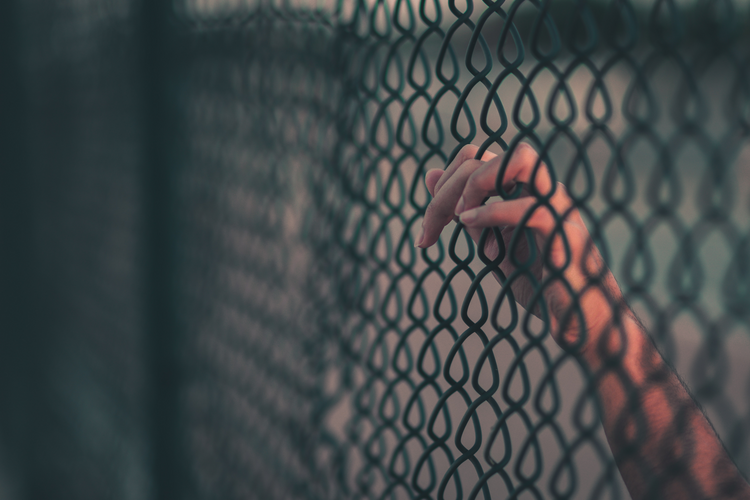 Photo by Alfaz Sayed on Unsplash

A cartoon put the Covid-19 shelter-in-place orders in perspective. A teenage girl reclines on her comfortable bed, earbuds in place, reading a book. Her mom asks from outside the door, “Are you doing OK?” The girl replies, “I’m fine!” The book she is reading is The Diary of Anne Frank.

Compared to the Frank family circa 1943, I guess we’re all fine.

I have thought of this cartoon every time I hear folks compare this difficult time of quarantine to prison. Having worked in a state prison library, I can attest that we who live outside prison walls are emphatically not serving time. Feeling restless because we cannot go out to eat or attend a concert or cheer at a ball game hardly amounts to involuntary incarceration.

But don’t take my word for it. I have asked permission to share some insights from experts on the topic, men who collectively served decades of life sentences and have subsequently been released from prison. These former library patrons and I communicated through the wonder of the Internet, a place forbidden to those in California state prisons: Online messaging alone is an enormous difference between prison and our current safer-at-home situation. I was impressed by how quickly these newly free members of society have mastered Facebook Messenger, with a liberal sprinkling of photos, emojis, videos, memes and GIFs.

Feeling restless because we cannot go out to eat or attend a concert or cheer at a ball game hardly amounts to involuntary incarceration.

I use the word insight on purpose; it is a prison buzzword, familiar to every inmate in California who has appeared before the commissioners who make up the state’s Board of Parole Hearings. Potential parolees, usually lifers who have become eligible for parole after serving some portion of an X-years-to-life sentence, are expected to demonstrate insight into their crimes, their upbringing, their addictions and their rehabilitative endeavors before they might be found suitable for parole. The definition of “insight” in prison is therefore elusive. It is also freighted, as a lack of insight is often cited as reason to deny parole. On the outside, however, it is an innocuous term for the following thoughts of these previously incarcerated men.

Pete (no real names here) was the first to respond to my request for thoughts about comparing the statewide shelter-in-place order to a prison lockdown. “I think this lockdown isn’t like prison, because there is no force to be home,” he wrote. “You still have the choice to walk outside or go to the supermarket or even to be with family and friends.” Having a choice, he thought, made all the difference: “Taking someone’s choice from them is dehumanizing.”

Pete had been an inmate clerk in the library, a friendly face greeting those checking out books. The library was a less sunny place when he was transferred to another prison. The institution he went to offered better rehabilitative programs than ours, though, and Pete pursued them faithfully to win his freedom. I was heartened when he was released.

“Taking someone’s choice from them is dehumanizing.”

“Pete couldn’t have said it better!” said Quentin. In prison, he took advantage of vocational opportunities and is now working as a certified welder. “You have your own free will to come and go as you please without having someone’s foot on your neck telling you when to go out.” Quentin made these remarks well before the headline-making murder of George Floyd by police, pressure to the neck being both a metaphorical and real-life practice in his experience with the law.

The pandemic made Samuel remember having to endure months of prison lockdowns. The Covid-19 sheltering order “unfortunately brings back memories,” he said, “but the difference is that I’m on the outside. Still gotta follow the rules. Whether it’s a choice or not, it’s for the benefit of everyone.” In noting that sheltering in place was to protect others as well as himself, Samuel demonstrated the maturity and empathy he had gained in prison. He was not the same young man who had come in decades ago, brimming with gang bravado. Deported to Mexico upon his release, Samuel had reconnected with family members who helped him with housing and employment.

Derek reminded the group of the loneliness of incarceration, when friends and even family often abandon you. “This is not close to prison, the feeling of being overlooked, forgotten and alone,” he said. “Out here, I’m able to reach out through online chat. I’m able to see and hear from family instead of waiting months to use a phone.” He was not exaggerating: Not only were phone calls from prison expensive for the men and their loved ones, but there were usually only two phones per dorm on the yard. A full dorm held 160 souls, double-bunked. As a result, many prisoners like Derek wrote letters, a lost art on the outside.

How much more distressed would we all be if the coronavirus quarantine really mirrored prison? Oscar, who has returned to gainful employment as a truck driver, explained: “When we were on lockdown, everything at the institution stopped...school, yard, library, packages, gym and the day room. Store hours were modified. Medical was modified as well as visiting hours.... The program the country is running right now feels eerily similar to a prison-run program. Minus the confinement.”

How much more distressed would we all be if the coronavirus quarantine really mirrored prison?

Gordon expanded on that thought. “There are things that are the same,” he said. “Like a C.O. [correctional officer] telling us not to go outside, the governor tells us not to go outside. Then you got the guys living in dorms who don’t have space for social distance. You have less than two feet away from the next inmate bunk and locker space: talk about social distance.” Of all the men who responded to my questions, Gordon had been released the most recently. He had found a job in shipping in spite of the pandemic (he innocently asked me, the mother of four daughters, if I had ever heard of a company called Forever 21), and was still figuring out the complexities of his cell phone.

Louie had been found suitable for parole when the board, nudged by a federal order to reduce the number of prisoners in California, embraced a spirit of reform. He now works with at-risk youth and is a stellar example of how to give back to society. “It’s interesting that people even compare themselves to prisoners,” Louis said. “It just shows that they are out of touch with what a prisoner actually goes through. In addition to the lack of adequate medical care in general, a situation like this can cause great stress and anxiety for those incarcerated, simply not knowing if you will receive adequate medical care if God forbid you are infected with this virus.”

After California, the real reason we should end the death penalty—for good.
Valerie Schultz

“I [have] been sick in prison several times, and it is no joke,” agreed Gordon. The health care that prisoners receive is hardly gold-plated, a fact underlined by the federal government stepping in to address California’s scant and sometimes negligent medical care of prisoners. “The B.S. you have to go through,” Gordon continued, his memory of dorm life still fresh. “A C.O. brings that sickness in, they sneezing on your food, they cough, touch your area, your bunk, your locker, so where is this social distance?”

Louie concluded his sharing with an elegant list of the benefits of freedom that are more acutely appreciated once you have done time in prison. “I have been in touch with my children daily,” Louie said. “I have also spent time with my grandchildren and lent a helping hand to my son. All of those things would be impossible if I was incarcerated. I eat home-cooked meals every day of things I once only dreamed of...nothing compared to being in prison. Being confined to a prison cell would make it impossible to have meaningful emotional support from and with those closest to me in this time of crisis.... Even though we are on a stay-at-home order, there’s nothing like being free and surrounded by loved ones.”

Byron, a man of few words but a successful parolee and a happy father reunited with his children, added: “By no means do I feel that this lockdown is like prison. It’s far from it.” He shared a short video of himself walking his dogs.

It is always wise to listen to the experts: Although we cannot hug or handshake, although we miss our social lives and mourn the events we once took for granted, the Covid-19 precautions do not equal life in prison. Prison is prison, the reform and revamping of which is yet another burning topic that we, if we aspire to live in a free and just society, must address.