Podcast: How does the Vatican’s anti-corruption contract system work?

Podcast: How does the Vatican’s anti-corruption contract system work? 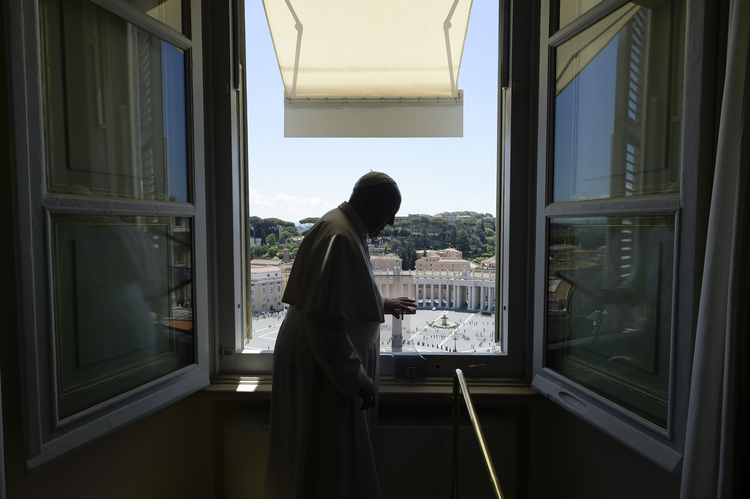 Pope Francis finishes leading the "Regina Coeli" from the window of his studio overlooking St. Peter's Square at the Vatican May 31, 2020. The pope led the Sunday prayer from his window for the first time in three months after the square was reopened. The pope had been delivering the weekly prayer virtually due to lockdown measures. (CNS photo/Vatican Media)

Pope Francis took a major step in his ongoing reform of Vatican finance on June 1 by putting in place a centralized system to approve who gets contracts to work with the Vatican. The change amounts to what Crux editor John L. Allen, Jr. called a “direct frontal assault on Vatican nepotism.” This week on the Inside the Vatican podcast, America’s veteran Vatican correspondent Gerard O’Connell and I explain how the former system had led to corruption and how the new system aims to stamp it out.

Beginning in July, Vatican offices will have their contracts and budgets approved by a central authority, which will then oversee accepting bids from an approved group of contractors. The contractors will be vetted for ethics violations, tax evasion, and illegal activities before they are approved. Despite limiting Vatican entities to pre-approved contractors, the new system aims to increase competition for Vatican contracts and thus drive down prices—an important priority for the financially struggling institution.

After that, Gerry and I discuss Pope Francis’ Pentecost messages, which focused on ensuring justice for those on the margins of society during the Covid-19 pandemic. I connect them with the ongoing protests in the United States sparked by the police killing of George Floyd, and Gerry says it is likely that the pope will comment on the unrest.

Update: On Wednesday, June 3, after this episode was published, Pope Francis spoke out on the death of George Floyd, calling it a “result of the sin of racism.” Read Gerry’s full report here.

Show Comments ()
Join the conversation: Login or create an account
Before you can comment, you need to update your profile to include your first and last name, as required in our comments policy. Then reload this page and you'll be set up for commenting. Update your profile
Advertisement
More: Inside the Vatican / Vatican